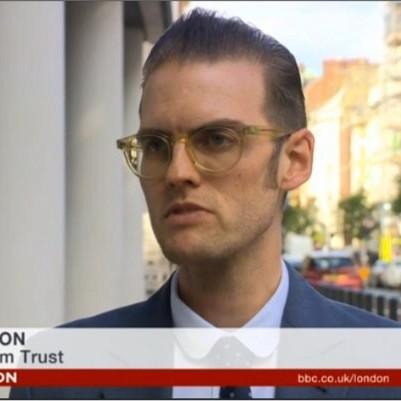 Hundreds of people flow in and out of our prison gates each week having been sentenced to spend a matter of weeks or months behind bars. As the former prisons minister Rory Stewart put it, such sentences are ‘long enough to damage you and not long enough to heal you’. People are released, but a well-documented lack of support on the outside is setting them up to fail, with many returning back to custody shortly after.

Robert Buckland, appointed as Minister of State at the Ministry of Justice earlier this month, is the fifth prisons minister in only six years. His predecessor had spent little more than a year in the role – the shortest tenure yet. People are rightly concerned about the effectiveness of short prison sentences, but it is the repeated short spells for our prisons ministers that could prove to be the most destabilising.

Recent attempts by ministers to follow the well-thumbed evidence on the ineffectiveness of short prison sentences have been welcome. Sentencing, so often shrugged off as something which our courts carry out in a vacuum, independently of the sentencing framework that Parliament has created, is at long last beginning to be reclaimed as something for which they have responsibility, and control over.

Barring one or two more contentious decisions, one of the most refreshing differences of David Gauke’s ministerial team has been a willingness to engage with the difficult issues and to reach their decisions on the basis of the available evidence.

Ministers have taken their first steps carefully, focusing on perhaps the most politically palatable end of the spectrum, those serving short sentences. Following the Scottish Government’s introduction of a presumption against the use of prison sentences of three months in 2011—and an upcoming extension of this to sentences of under 12 months this summer—there has been an understandable buzz about whether something similar could be introduced south of the border.

With over 33,000 people entering prison last year to serve a sentence of less than a year in England and Wales, could the introduction of a similar presumption help to reduce the flow of people in and out of our prisons?

As if on cue a new report by CREST published this month explores the impact of the presumption against the use of very short prison sentences by the Scottish Government, and attempts to set out what lessons we might be able to learn. For those pressing for a presumption to be introduced in England and Wales, the report’s findings are interesting, but considerably more nuanced than the headlines alone would suggest.

In recent years Scotland has seen a fall in its rates of reoffending; the number of short prison sentences handed out has declined; and its prison population has reduced—all positive developments. But as Crest’s study shows, just how much of a contribution the presumption on its own has made to achieving this isn’t entirely clear.

Reoffending rates, and the use of short prison sentences were already both declining in Scotland before the introduction of the presumption. That these trends have continued since 2011 is in and of itself welcome.

Whilst Scotland’s prison population had been increasing prior to 2011, this trend has now thankfully reversed—although it continues to have the highest imprisonment rate in western Europe.

The analysis suggests that that the introduction of the presumption is likely to have had an impact, albeit modest, as it has also coincided with a significant reduction in the number of people coming before the courts. That the Scottish Government has now announced the legislative steps to extend the presumption is however a big step forward, meaning that the modest benefit seen so far will apply to a larger number of cases.

Whilst this analysis is far from conclusive on the impact that the presumption alone has had, one of the most admirable aspects of the Scottish approach is that it doesn’t rely on this measure as a silver bullet. There has been a marked increase in the use of community sentences since 2011, and the establishment of Community Justice Scotland to increase confidence and their use further are critical steps to reducing over reliance on prisons to solve entrenched social problems.

It is true that a presumption, if introduced in England and Wales, would not make a dramatic difference to the size of the prison population overall. Even abolition, a policy which has been entertained by the justice secretary for sentences of six months or under, would only contribute a modest reduction in numbers. But it would have other advantages. Limiting the numbers on short sentences would dramatically reduce the churn of people coming in and out of local prisons every day. This revolving door makes managing these establishment immeasurably more difficult and increases overcrowding, while do nothing to address sky high reoffending rates. A presumption could give our crumbling local establishments the crucial breather they desperately need.

Alex is senior policy and communications officer at the Prison Reform Trust. He previously worked in the Ministry of Justice's Women's Policy Team and in Parliament

Our print magazine is Proof. Contributors include Michael Mansfield QC, Bob Woffinden, David Rose, Eric Allison and Ian Cobain.
Buy Proof Magazine
The latest issue (Why legal aid matters) includes Helena Kennedy QC and Martha Spurrier in conversation, David Conn on the legacy of Hillsborough - plus how to build your own law centre.
Alex is senior policy and communications officer at the Prison Reform Trust. He previously worked in the Ministry of Justice's Women's Policy Team and in Parliament

Dramatic rise in length of prisoners' sentences for…
Prisoners' early release scheme paused
Increased jail time and ‘sobriety tags’ as Tories…
Covid-19: Pregnant women and young mothers to be…
'A year in prison costs more than Eton, we should be…