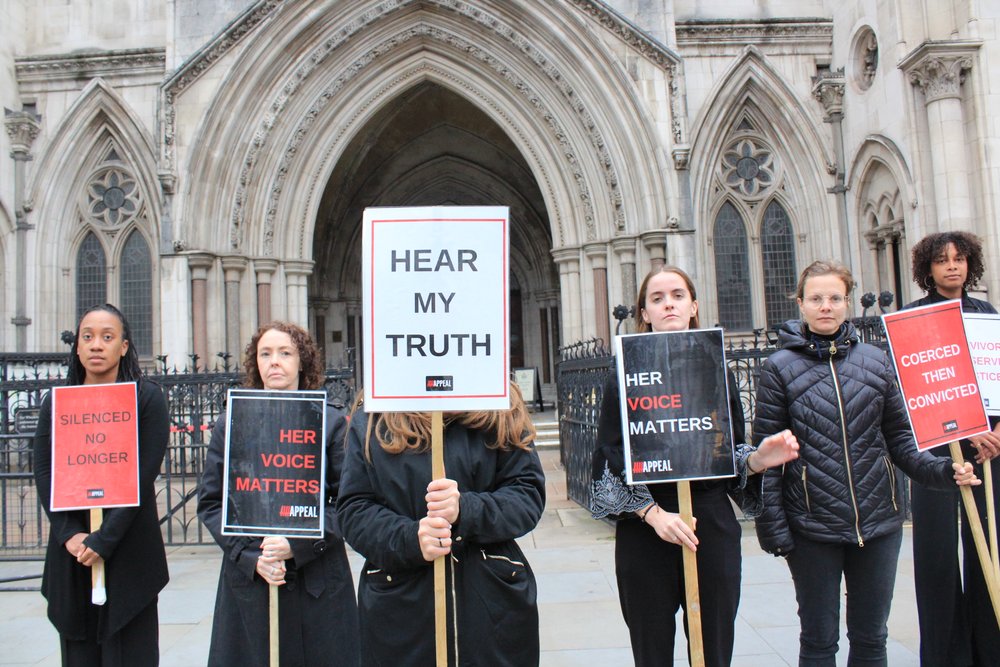 Appeal judges yesterday dismissed the case of a woman who was found guilty of seriously assaulting her child which was seen as a potential landmark challenge on the law on coercive control despite recognising ‘ample evidence’ of abuse. Whilst the court appeared to accept the new evidence attesting to, for example, the woman being punched by her ex-partner on the night of the incident and the impact of a long term abusive relationship, they rejected her appeal.

In 2017 the woman, referred to throughout legal proceedings as ‘Jenny’, was convicted of throwing her baby forcefully to the ground causing him serious injury. The woman who cannot be named for legal reasons claimed initially that she had dropped her child by accident. She changed her account telling the court on appeal that the baby slipped out of her hands as a result of being punched by her partner whilst she was holding the child. Jenny told the court that she went along with her partner’s version of events out of fear arising out of a pattern of violent and controlling behaviour from her partner.

An expert psychologist described Jenny’s experience in her relationship which included food and sleep deprivation as ‘torture’. According to the legal charity APPEAL, the expert confirmed that Jenny’s experiences left her with post-traumatic stress disorder and that she only felt safe in prison where she was separated from her partner. Jenny later confessed to lying to the police and to the trial court because she was afraid for her life and wanted to protect her family.

APPEAL explained that post conviction investigation revealed corroborating evidence supporting Jenny’s account, such evidence of an injury to the fist of Jenny’s ex-partner, that she was diagnosed with ‘post-concussion syndrome’ after having been taken to A&E upon her arrest and witnesses attesting to Jenny shouting ‘you hit me’ at her ex-partner on the night of the incident.

‘We accept that there is ample independent evidence of domestic violence having occurred within the relationship… we are also prepared to accept… that the applicant was punched,’ wrote Lady Justice Macur, Mr Justice Jay and Mr Justice Murray. However, despite this admission, the justices ‘did not find the applicant to be a convincing witness regarding whether this was the mechanism which led to [the baby’s] injuries’.

‘The court has given my abusive ex-partner power over me again,’ Jenny said yesterday. ‘The judges have agreed with what he always told me: that no one will believe me, that I’m crazy, that I should remain silent. I feel like I am no longer a survivor of domestic abuse but once again, a victim.’

‘I am deeply troubled by this decision,’ said Naima Sakande, deputy director of APPEAL. ‘The Court of Appeal has not only slammed the door on Jenny but has risked silencing other women who have been wrongly convicted because they were too afraid to speak up about abuse.’

Dami writes about the justice system and miscarriages of justice. She’s on Twitter at @DamiOjuri

Our print magazine is Proof. Contributors include Michael Mansfield QC, Bob Woffinden, David Rose, Eric Allison and Ian Cobain.
Buy Proof Magazine
The latest issue (Why legal aid matters) includes Helena Kennedy QC and Martha Spurrier in conversation, David Conn on the legacy of Hillsborough - plus how to build your own law centre.
Dami writes about the justice system and miscarriages of justice. She’s on Twitter at @DamiOjuri

Mother convicted of harming baby to appeal on basis of…
Jenny's story: 'I wasn't heard'
Farieissia Martin murder conviction overturned
Mothers left 'belittled', 'disbelieved' and 'threatened' in…
Conviction of mother who killed violent boyfriend should be…