Hated by the unions, loved by dinner ladies

Hated by the unions, loved by dinner ladies 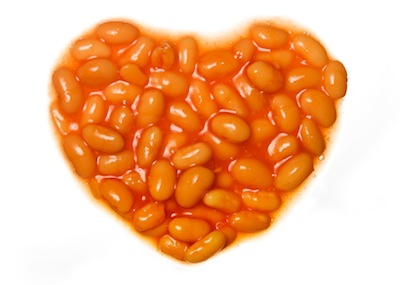 An interview with Stefan Cross

INTERVIEW: There can’t have been many candidates less likely to make Queen’s Counsel, that most venerable rank of legal distinction, than Stefan Cross, writes Jon Robins.

To say that the solicitor divides people qualifies as understatement. He is either characterised as another money-grubbing, dodgy, no win, no fee lawyer; or else championed as a somewhat unlikely feminist champion fighting for the rights of some of the most poorly paid women in the country over their battle for equal pay against their government bosses. A Guardian profile by Simon Hattestone was simply headlined The most hated lawyer in Britain.

So, all in all, it’s rather odd to think that Cross has been awarded silk status and now joins the rather rarified club of some 15 solicitor QCs (the honour is usually reserved for barristers). Was Stefan Cross surprised to be recognised by the legal establishment in this way? ‘Shocked actually,’ he tells me. ‘When I saw the letter from the Ministry of Justice I thought they were trying to strike me off again.’

A pretty controversial choice? ‘Yes, I accept that that would be the view,’ he replies; before adding that he meets ‘the criteria’. The official MoJ citation reads: ‘Stefan fought for equal pay rights for women who had not been heard by unions, on a no-win no-fee basis. He brought about substantial changes for several hundred thousand women, some of which received tens of thousands of pounds owed to them.’

Dinner ladies
Although the first equal pay legislation took effect in 1975, it wasn’t until 1995 that a legal action by Stefan Cross and on behalf of the Cleveland ‘dinner ladies’ kick-started a wave of settlements and equal-pay cases being brought through the courts. In the Cleveland case, 1,500 women received a £5 million payout. After that, the 1997 ‘single status agreement’ was constructed to abolish pay inequalities through pay and grading reviews in each local authority. A similar agreement in the NHS called ‘Agenda for Change’ was reached in 2004. But as negotiations dragged on interminably and councils pleaded poverty, women turned to lawyers because they felt their claims were either being stalled or under-settled.

The equal pay litigation that Stefan Cross pioneered changed the legal landscape. At the end of last year Birmingham city council, the country’s largest local authority, was reported to face a potential bill of £757m to settle its equal pay claims in favour of 170 low-paid women staff. That followed a landmark ruling by the Supreme Court which extended the time workers have to bring equal pay compensation claims from six months to six years. That wasn’t one of Stefan Cross’s case (it was taken by Leigh Day & Co). However it is reckoned that £1bn has been paid to low-paid women as a direct result of his work on some 44 reported equal pay cases including, for example, a 2010 ruling on behalf of 4,000 women council employees in Birmingham. Cross reckons that he is now ‘pretty much winding up’ his work in England but in Scotland there are some 14,000 in Scotland. Cross runs Action 4 Equality Scotland.

The bottomless pit
The work of Stefan Cross hasn’t always been so celebrated. ‘It really grinds you down being hated by everyone,’ Cross told me in 2007. That was the year Brian Strutton of the GMB union accused the lawyer for ‘tearing up’ industrial relations and the then-Sunderland MP Chris Mullin singled him out in Parliament him for encouraging workers to create a ‘bottomless pit’ of claims against local authorities.

Unions have argued that individual piecemeal litigation stirred up by Cross (as well as a mini-industry of copy cat ‘no win, no fee’ firms) undermined the progress of collective negotiations. The spat between the unions and the lawyer has been quite personal. Stefan Cross was a union man. He left the trade union firm Thompsons having headed up the firm’s regional employment rights unit. It wasn’t a happy split.He lambasted his old bosses for conspiring to suppress equal pay claims so as not to upset the interests of their male members. He also claimed union heavies had tried to beat him up.

What does he say to Birmingham city council leader, Albert Bore who claimed the ruling left the city in a ‘horrendous position financially‘ and warned that entire services would have to be ‘decommissioned’ to meet the budget shortfall. ‘Throughout the entire period that we have been running these cases, that kind of bullying that has been levelled at women to frighten them off,’ Cross says.’The worst of it has come from trade unions. I’ve just taken fundamental position that this is a legal entitlement and these women are entitled to pursue their cases. They should not be put off pursuing their cases because of threats from the employers.’ Birmingham was in ‘a uniquely difficult position because it was so staggeringly generous to the men’, Cross says. ‘Frankly, payments in Birmingham were off the scale . They had refuse workers on £50,000 a year earning more than the solicitors. They were grade 5 manual workers.’

Cross reckons that the unions tried to intimidate women members. ‘In Leeds there were  trade union officials going around kitchen by kitchen telling people not to put in claims. When we were organising publicity, we were getting picketed by the unions. We had branch secretaries and stewards infiltrating meetings and bawling out our clients,’ he recalls.

There is ‘a massive cultural’ issue in relation to trade unions and the fraught issue of equal pay, he says. ‘They always want to protect the position of the men and they always keep that a secret. They have a conference position and then there is the reality on the ground which is the exact opposite.’

Does he have concerns about those copy cat firms fleecing poorly paid workers through ‘no win, no fee deals’? Cross charges 10% plus VAT, and nothing if they lose (it had been 25%). ‘Frankly most of the firms have struggled. A lot of people have tried and failed. It is not easy. People were calling me rich before I earned any money. We nearly went out of business several times over the last decade.’

‘I don’t care who is pursuing the case as long as someone is providing a service the client so that they get what they are entitled to. That’s why we were attack the trade unions, not because of politics, but to get them to do their job.’

What does he make of the current government’s plans to reform conditional fees under the Legal Aid, Sentencing and Punishment of Offenders Act 2012? Previously accidentally lawyers have been able to ensure that clients receive all their damages intact because the other side would pick up the costs for what is known as their lawyer’s ‘success fee’ as well as the insurance costs – not any more (see HERE). Is it really the end of the road for personal injury lawyers? ‘Absolute total nonsense,’ replies Cross. ‘Clients are prepared to pay. You only have to go back 15 years [before the Access to Justice Act 1999] when I was a PI lawyer and we didn’t have conditional fee agreements. It was never a free service. But clients do want a good service.

Is the QC award an acknowledgment by by the legal establishment of that controversial ‘no win, no fee’ model of working? Not really, replies Cross. ‘For me the pleasure of getting the award is that it is a recognition that I’ve done a good job as a lawyer – and this has been a huge legal issue. We have had to deal with every single prominent employment silk. It isn’t like the miners’ litigation or PPI where it has been a question is stacking up the numbers and processing them. This has been constant legal battle. This has been an intellectual legal challenge.’

What is the future for legally aided criminal defence?
Depp loses libel case: 'No survivor should have her voice…
More than half of suspects in police custody don't request…
High Court rules £1,000 fee for children to register as…
'Judicialisation' of politics gone too far, says Attorney…