Political accountability, independence and the miscarriage of justice watchdog 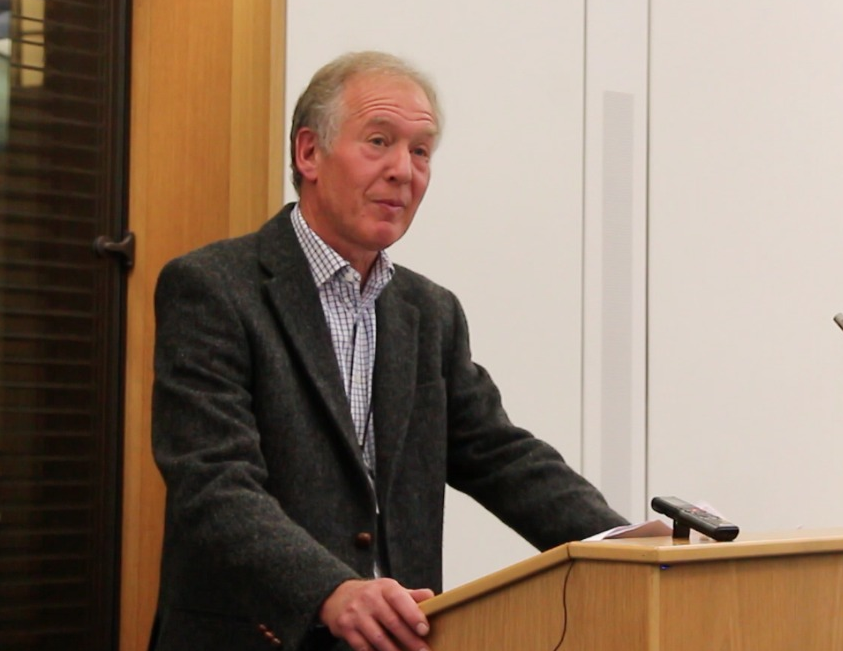 Political accountability, independence and the miscarriage of justice watchdog

As one of the first CCRC Commissioners I well remember the task facing us when we set up shop in 1997.

We had been set up as an Arms Length Body on the recommendations of the Runciman Commission following the catastrophic failure of the judicial system to deal effectively with miscarriages of justice. Responsibility for reviewing miscarriages sat within the executive branch of Government, the infamous C3 department of the Home Office. I have heard some critics of the CCRC expressing nostalgia for C3, but having taken over several C3 files, I would say they could not be more wrong.

As I have commented elsewhere, political accountability sapped independence of thinking; an independent review body was desperately needed.

Our first chair, Frederick Crawford, took independence very seriously. He made the decision that no one from C3 should carry across to the CCRC and we started from scratch. There was a cost to this as we laboured to tackle the legacy of neglected and thorny C3 files; to work out effective procedures; and to get to grips with the ‘real possibility’ test. That contributed to a formidable backlog of cases which has never entirely gone away. But the Commission responded, devising more effective procedures and taking a rigorous approach to case law in framing our decisions. Commissioners acted as decision makers whilst also supervising investigations, fashioning procedures and building the Commission’s ethos. We had the working time we needed for this purpose and we owned whatever successes and failures there were.

In those early days the unimpeachable independence of the Commission and its members was stressed even by the Home Office, our sponsoring Department. In a discussion paper it issued following the Runciman Report it commented:

The most important qualifications for the work the Authority will undertake are an ability to assess and interpret facts and behaviour; patience and sensitivity, and an open-minded determination to get to the root of what are often complex and enigmatic problems. As several commentators have noted, a fresh perspective is likely to be especially valuable in reviewing cases which the ordinary processes of law have failed to resolve satisfactorily.

Over time, we began to experience push back from the Court of Appeal which expressed vehement disapproval of some referrals – and some categories of referrals (see my article Miscarriages of justice: a challenging view in the JUSTICE Journal, 7). Some of this push back was in my view merited but I share the view of many commentators that the restrictive approach adopted by the Court, and the subordinate role afforded to the Commission by the ‘real possibility’ test, have become obstacles to the effective exercise of the fresh perspective recognised as necessary after theBirmingham Six and other cases, and intended by the Runciman Commission.

But, as commissioners, we encountered no pushback whatever from the Home Office, (subsequently the Ministry of Justice), as our sponsoring department. We were aware that Sir Frederick had feisty budget discussions with the Ministry (which was and is perfectly entitled to concern itself with the efficiency of the CCRC’s operation). But this had no impact on the way we did our work – there was no pressure to refer less or work differently and no issue raised about the renewal of our contracts after the initial term. And there was no pressure to inhibit us from making maverick decisions which might irritate the Court of Appeal. In my memory, no one ever descended from the Ministry, least of all to direct us on the expectations of the Ministry or the accountability of our actions.

I have reflected on the decision in Warner and the changes that have taken place since I retired in 2007. I do not doubt that the CCRC performs its functions in many ways more effectively now than then, nor that the present cohort of Commissioners are as committed as we were to bringing a fresh and independent perspective to decision making. But it seems to me that the odds are now stacked against them.

First, the expectations of the MOJ are manifest everywhere. Periodic ‘tailored reviews’ are designed to assess the potential for improved efficiency, effectiveness, governance and different delivery mechanisms as well as subjecting the CCRC to repeated scrutiny as to whether it needs to be retained as an Arms Length Body at all.

The MOJ is personified in the individual (currently Ms Alison Wedge) who as ‘Head of the Ministry of Justice’s Arm’s Length Bodies Centre of Expertise’ has personal responsibility for ‘leading on ALB assurance, partnership capability and driving forward the department’s strategy’. She was the senior responsible officer in charge of the Tailored Review of the CCRC and also (extraordinarily) a member of the Challenge Panel entrusted with overseeing the ‘robustness and impartiality of the review’. She has been personally involved in the decision to alter the tenure of Commissioners, in the governance arrangements of the Commission and the appointment of the current Chair. She was also the person who memorably descended on the Commission to remind Commissioners in person that the Secretary of State could ‘recommend removal’of bolshie Commissioners, a statement which she subsequently said she regrets.

This panoply of roles, and its sinister terminology (such as ‘partnership capability’) betrays the fact that the Department no longer properly recognises the role of the CCRC, not as another Executive Agency, but as a unique Arms Length Body which cannot fulfil its intended function unless it is psychically as well as operationally independent of the MOJ.

Second, the interests of the MOJ have invaded the governance arrangements of the CCRC. The Board now consists of three members of the Executive team (who are clearly regularly exposed to the expectations of the MOJ), three Commissioners and three non-executive directors appointed to provide ‘constructive challenge and scrutiny of the Commission’s decisions and performance’. The two NEDs currently in post are said by the Commission’s website to be experienced respectively in governance, risk management and internal control and in economics, technology consulting and business transformation. The Commissioners are therefore permanently outnumbered.

Third, the Commissioners’ tenure is insufficient. As full time, or near full time appointees, previous generations of Commissioners have had time to be involved in casework; to understand the challenges it entails; to read into the files and to challenge draft decisions with a deep understanding of all the issues in the case. Current Commissioners, serving only one day a week, have very little scope to get behind the decisions presented to them – to review thoroughly and objectively and to bring a fresh perspective – as opposed to marking the homework presented to them.

Fourth, their tenure is tenuous – three years with renewal contingent upon the Secretary of State (or more precisely the officials in the sponsoring unit) recommending renewal. Ms Wedge has put her name to a statement that she never intended to imply that Commissioners who step of line would be removed, but surely the fact that she has said it shows where the balance of power lies.

Lastly, there is this. Most of the managerial and supervisory staff at the CCRC have been in post for many years – they have become accustomed and inured to working alongside the Court of Appeal in the subordinate role imported by the ‘real possibility’ test – astute to dismiss lines of investigation which are thought unlikely to yield referral issues. As a senior member of staff put it to me recently ‘it’s much better now than when you were here, now we know what we’re doing’.

This is well and good – but only up to a point Lord Copper. There is the possibility that the internal thought processes of the Commission become unduly aligned with the thinking processes of the Court; that the lawyer’s hallowed question, ‘what if’ is transformed to ‘so what’. It is here above all, that independent Commissioners, with time to do their job, and the certainty that no one is holding them to account for the sponsoring department’s expectations – are absolutely necessary to meet the purposes for which the Commission was established.

Our print magazine is Proof. Contributors include Michael Mansfield QC, Bob Woffinden, David Rose, Eric Allison and Ian Cobain.
Buy Proof Magazine
The latest issue (Why legal aid matters) includes Helena Kennedy QC and Martha Spurrier in conversation, David Conn on the legacy of Hillsborough - plus how to build your own law centre.
Laurie was a commissioner at the Criminal Cases Review Commission from 1997 to 2007. He is also author of Righting Miscarriages of Justice? Ten Years of the Criminal Cases Review Commission