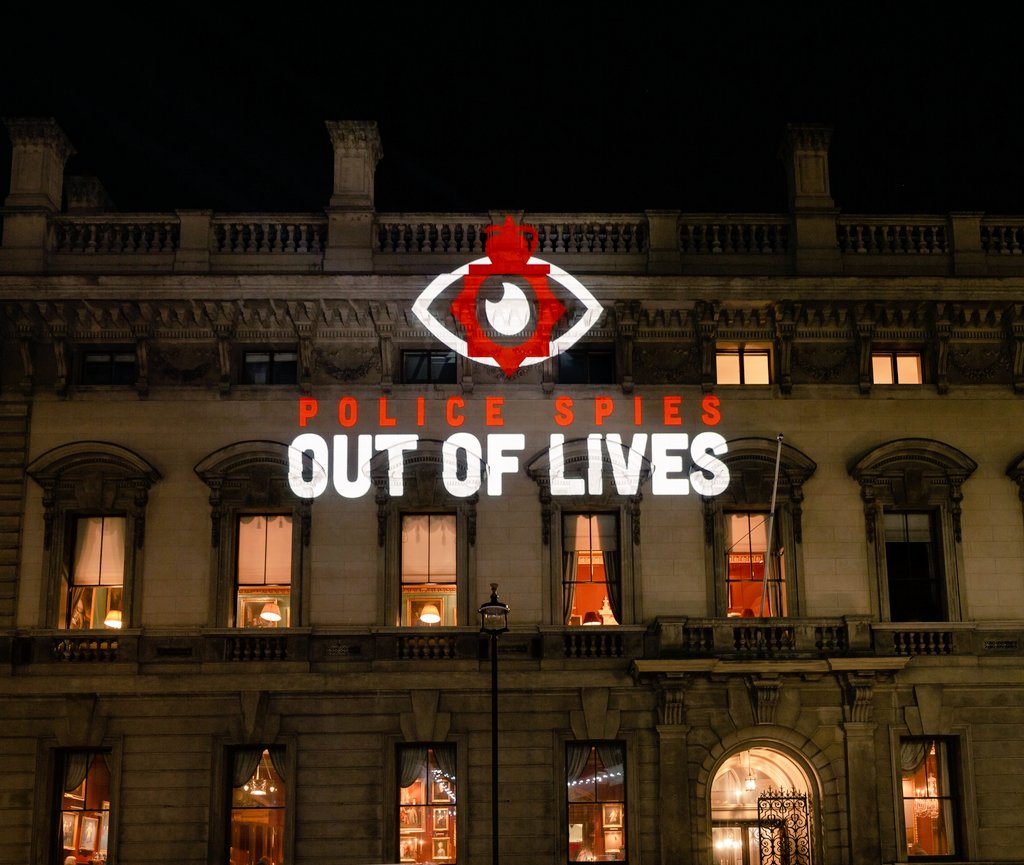 Maxine Peake has taken part in a live reading of transcripts from the undercover policing inquiry highlighting its refusal to livestream proceedings. The campaign group Police Spies Out of Lives has been voicing a scrolling transcript via its YouTube channel. ‘As the inquiry refuses to livestream proceedings, we feel we have no choice other than to continue reading the inaccessible transcription on our You-Tube channel,’ it said.

The inquiry, chaired by retired judge Sir John Mitting, is only accessible to the public via a live scrolling transcript. It is not possible to rewind, pause, or access audio. Only 60 seats were made available, with prospective attendees required to pre-register and travel to a London hotel during lockdown to watch the proceedings via video link. Peake, who also supported the Justice Alliance’s campaigs on legal aid, has said that the actions of the undercover police demonstrated ’how protest and people standing up for truth and justice is feared so much’.

Trade unionist and non-state core participant Dave Smith drew attention to the access issue in his statement delivered on Tuesday 17th November. ’Rather than being transparent and accessible, the Inquiry has set up as many barriers as possible to prevent core participants, the public and the media from being able to view or listen to proceedings’. ‘We seem to be watching a good old fashioned establishment cover up take place before our eyes,’ he said.

By contrast, the Grenfell Inquiry is live streaming all oral evidence with audio as opposed to the mute scrolling text. Mitting conceived the format as a way of protecting the anonymity of several witnesses, including 119 police officers and staff, and 32 undercover policing targets.

BBC Home Affairs Correspondent Dominic Casciani has also expressed frustration at the inaccessibility of the process, tweeting that the official live transcript is ‘virtually unusable for reporters trying to follow it remotely’. In a thread, he sets out the main problems faced by those trying to follow the proceedings, namely the difficulty in keeping pace, and the inability to scroll back to fact check.

There is a livestream of the undercover policing inquiry here – but it is virtually unusable for reporters trying to follow it remotely. The words are appearing via a fast scrolling video feed that can’t be paused or rewound: https://t.co/2xapX6Af6e pic.twitter.com/PvzIanyVGc

Rajiv Menon QC, barrister for a number of core participants, was last week prohibited from questioning a witness on certain topics. The chairman threatened to silence the QC if he proceeded with his questions, prompting outrage from campaign groups who have called for an apology to be issued. Tariq Ali, one of the activists represented by Menon, has commented that the inquiry ‘is likely to be a monumental waste of time’. The inquiry heard that Ali had been spied on by at least 14 undercover police officers.

Over the past three weeks, the inquiry has heard evidence from the period of 1968 to 1972, when the Special Demonstration Squad (SDS) was founded. The inquiry is due to pick up again in Spring 2021 to cover the SDS from 1973 to 1982.

You can access the live readings of evidence here.