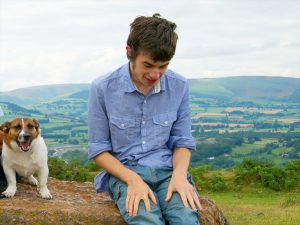 A health trust has been fined £2 million following neglect leading to the ‘completely avoidable’ deaths of two vulnerable patients including Connor Sparrowhawk, the teenager with epilepsy who drowned in a bath in an NHS care unit for people with learning disabilities.

Teresa Colvin, known as TJ, killed herself at the same facility in April 2012, a year before Connor’s death. Southern Health NHS Foundation Trust admitted two counts of failing to discharge its duty regarding the patients.

Mr Justice Stuart-Smith noted that it had taken ‘a time consuming and punishing campaign’ on the part of Connor’s mother and stepfather, Sara Ryan and Richard Huggins, and TJ’s husband, Roger Colvin to ‘uncover the serious systemic problems’ at the Trust.

‘Those systemic problems lasted for years from well before the death of TJ until well after the death of Connor. The existence of those problems is now fully acknowledged by the Trust,’ the judge noted. ‘However, it is clear on the evidence that Dr Ryan in particular faced not merely resistance but entirely unjustified criticism as she pursued her Justice for LB campaign.’

Southern Health made a public statement saying that it ‘fully acknowledges’ that Ryan and the Justice for LB campaign conducted themselves in ‘a dignified, fair and reasonable way’. Earlier this month, Sara Ryan and Richard Huggins were invited by the House of Commons’ joint committee on human rights to talk about their experiences earlier this month.

Huggins called the inquest ‘two weeks of absolute hell’. ‘The way in which Sara was brutalized by a number of the seven barristers employed by the NHS to defend themselves was outrageous,’ he said.

Speaking outside court, Sara Ryan, accused the trust of ‘arming itself with a range of legal weapons and dirty tricks’ following the deaths. Ryan, who two years earlier was called a “vindictive cow” in a voicemail message apparently left by a member of the trust’s staff, added: “No-one should die a preventable death in the care of the state.

At the end of last year Sara Ryan spoke to the Lucie Boase for the Justice Gap about the campaign (here). ‘We’re great fans of the NHS but at the same time, I think that any organisation – particularly those in the public sector – should invite criticism as a means of getting better; they should embrace it. Instead, they deny it and don’t act. I get so fed up of all this ‘fab NHS’ stuff – it’s becoming like something you cannot touch.’

Roger Colvin, whose wife Teresa died in April 2012 following repeated self-harm attempts, said after sentencing’: ‘(My wife) and I believed the hospital was a place of safety,’ he told the Press Association. ‘But Southern Health collectively failed her in several ways with dire and irreversible consequences.’ You can read about his campaign here.

Episode 12: ‘It is very rare for an inquest to…
Bereaved renew calls for legal aid for inquests
Mental health review calls for an end to the use of…
Patients with autism and learning disabilities…
Luke Naish: 'a totally unacceptable loss of life…