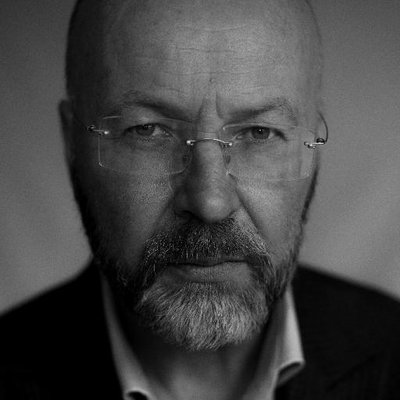 REVIEW: Ian Cobain is a formidable prosecutor. In The History Thieves and its predecessor Cruel Britannia (2012) he has put the British State in the dock and charged it with obsessive secrecy and crimes including torture, illegal wars and extra-judicial executions. In the new book he rapidly chronicles the secret state’s growth from 1657 (when the government authorised the opening of private letters as ‘the best means to discover and prevent any dangerous and wicked designs against the Commonwealth’) to the present panoply of secret courts and tribunals and Official Secrets Acts.

The thieves in the title are the officials who for generations have destroyed or hidden the official records of the darkest deeds done by or at the behest of the state. The thefts have three kinds of victim: the people who suffered and deserve redress; historians who can expose what happened; and future victims who are vulnerable to repeat performances, because public ignorance confers impunity.

The end of Empire saw acts of great savagery by officials and military personnel, followed by destruction of records. The most shocking was the treatment of suspected Mau Mau rebels in Kenya, before independence. Men were killed and castrated, and women were raped, in what can only be called concentration camps (camps where suspects were concentrated). Records were kept. High officials and ministers in Nairobi and London were kept informed. Although many colonial records were deliberately destroyed, the Kenya records were kept, though officials lied about their existence for 50 years until they were uncovered at a secretive Foreign Office facility, and eventually made available to the elderly Kenyan survivors – though only after the government did all it could to hold them back. Compensation was made, at the ends of lives ruined by torture and callous falsehoods.

Kenya is the classic case: appalling misdeeds, sanctioned from on high; denials; records kept secret, and only released under overwhelming legal & public pressure. Cobain details similar stories, in dirty secret hidden wars in Vietnam (1945, when captured Japanese troops were outsourced under British officers to restore French rule in Vietnam); Indonesia, 1946; Oman and Yemen in the 1960s. And in Northern Ireland, where under a cloak of secrecy British agents were controlling death squads who murdered Catholics, the files of an independent investigation were destroyed in a mysterious arson attack, and the killers, agents and their handlers have had impunity.

Secrecy has been the hallmark and curse of British government for centuries. Under it, evil can flourish without proper checks on official action. It breeds suspicion and paranoia when it is the default setting, and the all-pervasive obsession with secrecy makes it hard to see what when it really is essential for the preservation of life and national security.

Cobain is no tinfoil-hat conspiracy theorist: he sets out evidence for conspiracies that have really happened. We are asked to take too much on trust from institutions who time and again have shown themselves to be untrustworthy. And secrecy can destroy itself: when Philby came under suspicion before his eventual defection to the USSR, he relied on the Official Secrets Act to avoid journalists’ questions about his work as a British agent.

We have come to learn of the massive capabilities of modern states to keep their populations under all kinds of surveillance. Where law lags behind technological advances (as it always does), the agencies are in a bind. Terrorists and cyber-attackers sponsored by hostile states exist and want to do harm. No state can ignore them. A state that aspires to the rule of law must find a balance between national security and national and personal liberty.

Hence, the Interception of Communications Bill. Many people think that the Bill grants far too much freedom and secrecy to the agencies, and far too little to us. By ‘us’ I mean lawyers and their client, as much as the public at large. The crowning irony of the Bill, which Cobain does not mention, is the power it will give the spooks to intercept privileged communications between lawyers and their clients. This goes far beyond the ‘iniquity exemption’, by which lawyers and clients can’t claim privilege if they abuse the relationship to plan or commit crimes. Instead, the state will keep its secrets, but will have complete access to ours. Little could be more destructive of the rule of law than this, that same rule of law that national security exists to protect.
The History Thieves: Secrets, lies and the shaping of a modern nation is out now – published by Portobello Books (buy here)

Francis FitzGibbon QC is a criminal barrister at 23 Essex Street. He is immediate past chair of the Criminal Bar Association. The views expressed here are personal

Our print magazine is Proof. Contributors include Michael Mansfield QC, Bob Woffinden, David Rose, Eric Allison and Ian Cobain.
Buy Proof Magazine
The latest issue (Why legal aid matters) includes Helena Kennedy QC and Martha Spurrier in conversation, David Conn on the legacy of Hillsborough - plus how to build your own law centre.
Francis FitzGibbon QC is a criminal barrister at 23 Essex Street. He is immediate past chair of the Criminal Bar Association. The views expressed here are personal

Secret Barrister takes on 'fake law' and the 'lies…
'Immigration enforcement should not be outsourced to…
'Shameful and inexcusable': No public inquiry into…
'Wholesale and deliberate destruction of evidence':…
'Even by the standards of this government, the…