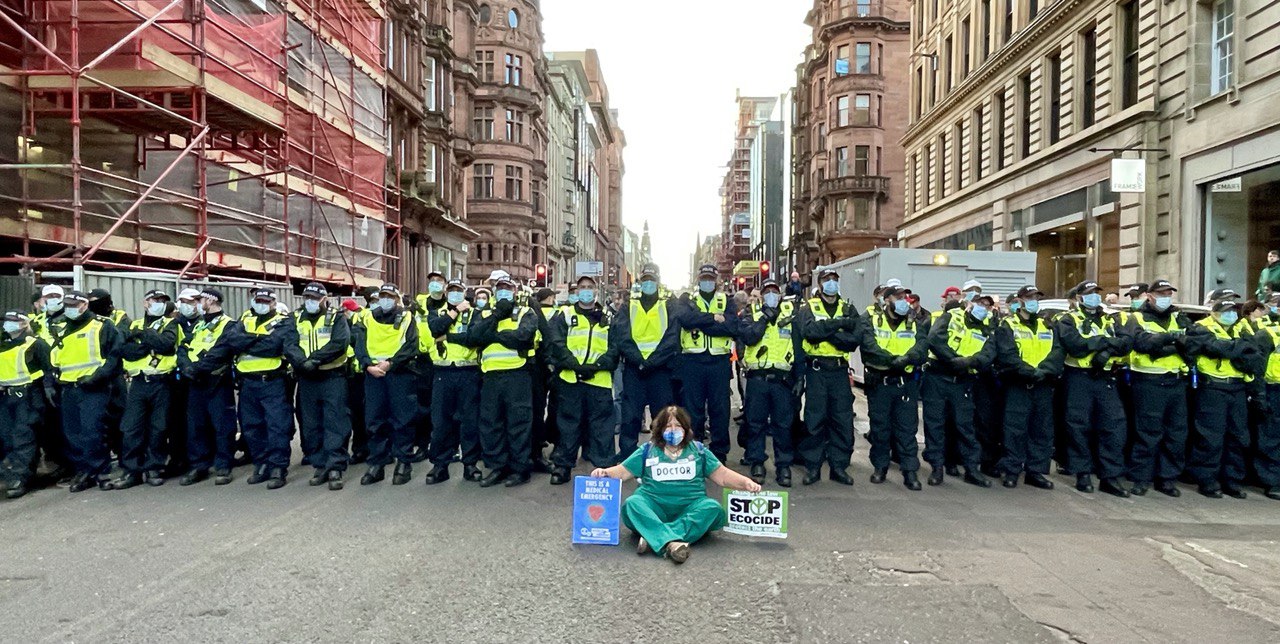 To the north of Australia, across the Torres Strait, lie the islands of Boigu and Saibai, inhabited by the Gadamululgal people for over 65,000 years. This island heritage is one, however, that the Gadamululgans may be forced to abandon, fleeing the land of their ancestors as the strait’s waves lap ever higher, and as the island is ever more frequently – and devastatingly – flooded. It is in an attempt to preserve the sanctity of their homeland that the islanders are suing the Australian government, seeking an order directing it to take more aggressive action to cut carbon emissions, and so preserve their way of life.

Should they fail in this, it is likely that the Gadamululgans will become part of a growing body of uprooted people, those forced to flee their homelands not because of persecution or war, but because of climate change. As the world leaders and their entourages depart Glasgow, and as the real negotiations begin, the impact of climate change on such vulnerable communities – and on the nations that they will seek to take refuge in – should not be forgotten.

Much of the focus has so far been on the consequences of climate change in the future, and the need for emissions to be reduced in order to preserve the planet for future generations. While for much of the world, the real harm of climate change is yet to be felt, with Europe instead basking in unseasonably warm temperatures throughout October, for some countries, the threat is already all too real. In the Maldives, their President held a Cabinet meeting underwater to emphasise the near-certainty of the islands being submerged by the Indian Ocean, and in 2015, the first application for refugee status based on climate change alone was filed in New Zealand, by the Teitota family fleeing from the island Kiribati.

As countries like the Maldives begin to face the reality of climate change, cases like the Teitota’s are only going to rise in number, with the World Bank estimating that there will be over 140 million ‘climate migrants’ by 2050. At present, however, there isn’t the legal infrastructure in place to sustain such claims, reflected in the fact that the Teitota’s lost their case before the New Zealand High Court. Instead, the world’s definition of refugees is still firmly rooted in the aftermath of World War II and the persecution of the Jewish people. Consequently, only those who flee because of a ‘well founded fear of persecution’, whether due to their ‘race, religion, nationality…social group, or political opinion’ receive the protection of the designation ‘refugee’.

So far, many of those forced to flee because of climate change already come from war-torn, violent regions, and are not forced to look to extreme weather events to justify their claims for asylum. But as the effects of climate change are felt further afield, moving beyond the more unstable regions of the world into its more secure realms, more and more people will be seeking sanctuary because of the climate alone. If the world fails to acknowledge this reality, such people will be left legally adrift, forced to travel and live wherever they can, rather than where they should.

Given the hostility in much of the western world to refugees already, it is of little surprise that the question of refugees has received the barest attention. Too many countries, the UK foremost among them, already fail to adequately protect the rights of existing refugees, and the notion that the current UK government would push to broaden the definition is almost ludicrous. To this end, it would not be unreasonable to suggest that the UK should first focus on ensuring it upholds the rights of those already claiming asylum here. In a case which was given permission to proceed before the High Court this week, Detention Action, the legal charity, are challenging the failure of the government to provide adequate legal advice to those being held in immigration detention centres.

It is this failure, rather than the use of ‘last minute tactics’ alleged by the Home Secretary, Priti Patel, that explains the late filing of claims against removal, like those filed on behalf of the Jamaican nationals due to be deported on a charter flight next week. Detainees are not rolling dice, desperately trying to find a defence that will stick, but are too often only receiving adequate legal advice at the last moment. Rather than the government providing effective counsel to detainees from the outset, the role is frequently contracted to law firms that have little expertise or interest in upholding the rights of detainees.

Giving evidence to the court, former detainees explained how the solicitors they were assigned did ‘nothing’ with their cases, preferring to advise some that they should ‘go home’ rather than meaningfully challenge the government’s decision. Instead, it is too often only once legal charities and NGOs, such as Detention Action or Medical Justice, take up cases – frequently at the last moment – that genuine action is taken to ensure the rights of the detainees are upheld. And while these charities may do outstanding work in the briefest periods of time, they cannot represent everyone in the detention system – and nor should they be expected to do so.

The UK government’s responsibilities do not begin and end with British citizens. As a nation, we have an obligation to uphold the rights and dignity of anyone who lands on who lands on our shores, legally or otherwise. Refugees come from some of the most violent and terrifying countries on the planet, and seek out the UK in the hope of finding a place of refuge and the prospect of a better life. This government dashes these hopes against the rocks, forcing many asylum-seekers into indefinite detention, giving them inadequate legal advice, and then shoving them onto planes without giving them a real chance for their cases to be heard.

As the world becomes a more divided and fractious place, the importance of this responsibility will only grow. Perhaps when a British government realises that refugees can also come from countries that look more like the UK than like Afghanistan, it will recognise this, but it should not take this for the UK to do the right thing today to protect the dignity of asylum seekers. Access to justice is a fundamental right, and it does not simply mean having the right to appear before a court, but the right to have your case properly brought before it. For many refugees and other detainees, this is a right they can never quite grasp, resulting in them boarding planes back to countries they should never have to see again.

Environmental lawyers puts councils 'on notice' over…
'Logistically moronic': Priti Patel looks at…
"It's easier to believe that they are "migrants".…
Holding back the tide: the courts and climate change
UN warns Priti Patel over plans to process asylum…