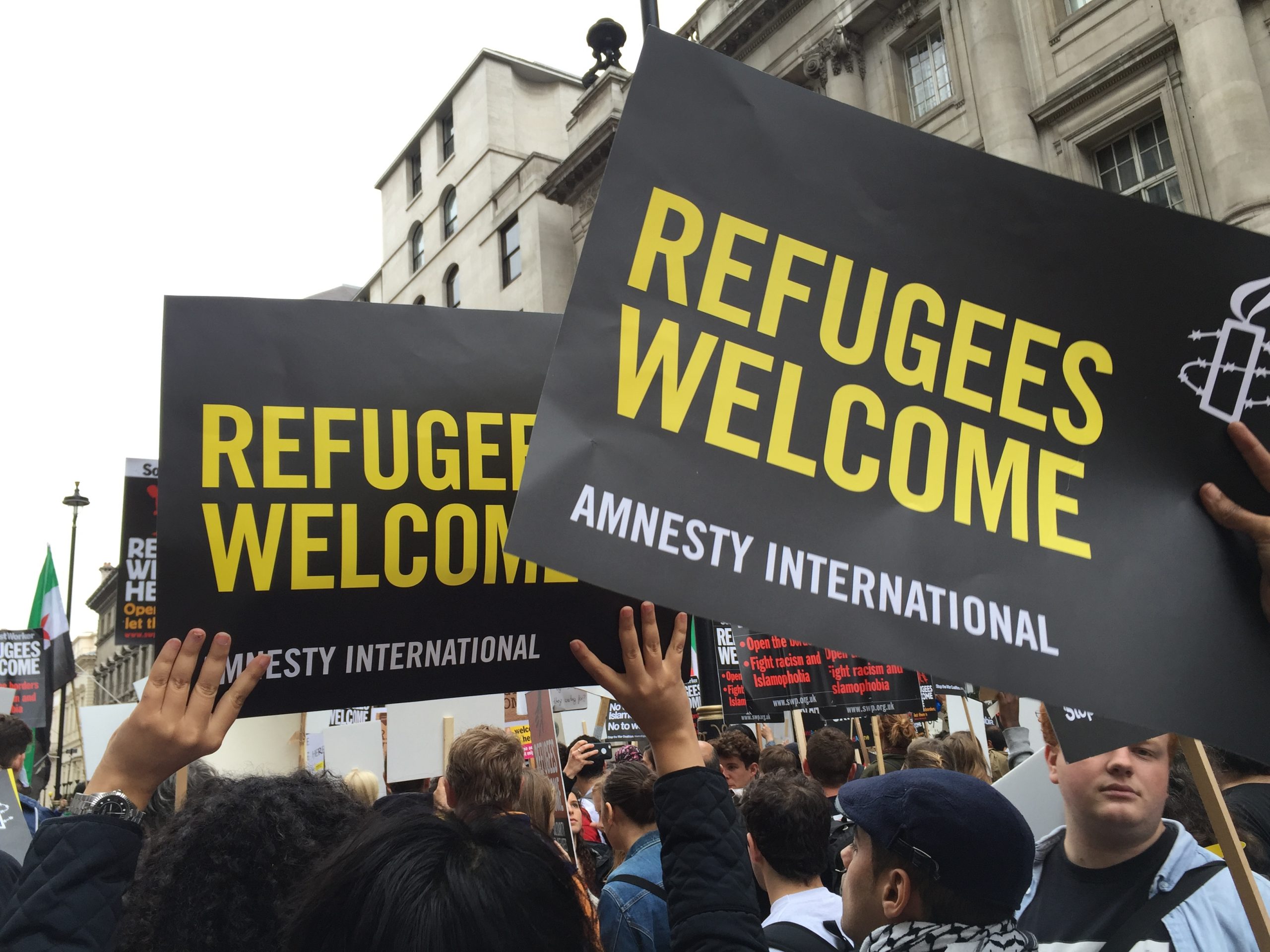 Thousands of refugees, asylum seekers, and campaigners took to the streets of London this weekend to show  solidarity and protest at the Government’s response to the current refugee crisis. 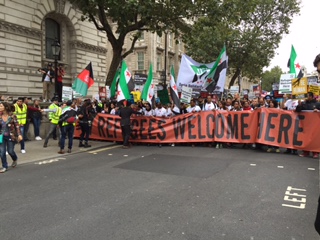 The rally was organised by Solidarity with Refugees ahead of the two global summits that are taking place this week – the UN General Assembly Summit for Refugees and Migrants and the Leaders’ Summit on Refugees. ‘We need to send a message to the world that Britain can do more to lead the global response to the refugee crisis,’ said Solidarity with Refugees director Ros Ereira.

Speakers at the rally included co-leader of the Green Party Caroline Lucas; Labour Peer and author of the so called Dubs amendment Alf Dubs; Lib Dem Peer Shas Sheehan, actresses Vanessa Redgrave and Juliet Stevenson; seven year old Ahmad, who arrived in the UK just a few months ago in the back of a lorry on a journey that almost killed him and the rest of his family.

Speakers criticised the failure of the British Government to provide safe passage to the UK to refugees and asylum seekers who are stranded in Europe but have the legal right to be reunited with family members in this country; including unaccompanied asylum seeking children. Our Government should ‘hang its head in shame’ for failing to uphold international law and safeguard unaccompanied refugee children all over Europe, said Lib Dem Peer Shas Sheenan.

Actress Juliet Stevenson remembered the 10,000 children that have gone off the radar in Europe since the beginning of the refugee crisis and criticised the Government for hindering the arrival of 387 children waiting in Calais with a full legal entitlement to be in the UK. ‘Most of those children have their documents ready,’ Stevenson reckoned, adding: ‘It’s simply a question of political will.;

The Green Party’s Caroline Lucas called it ‘a crisis of Government’ rather than a crisis of numbers, while Baron Dubs – the Labour Peer who ensured that the new Immigration Act 2016 included a clause to allow 3,000 unaccompanied refugee children to come to the UK from Europe – said that the only thing that is going to make the Government move is the force of public opinion. 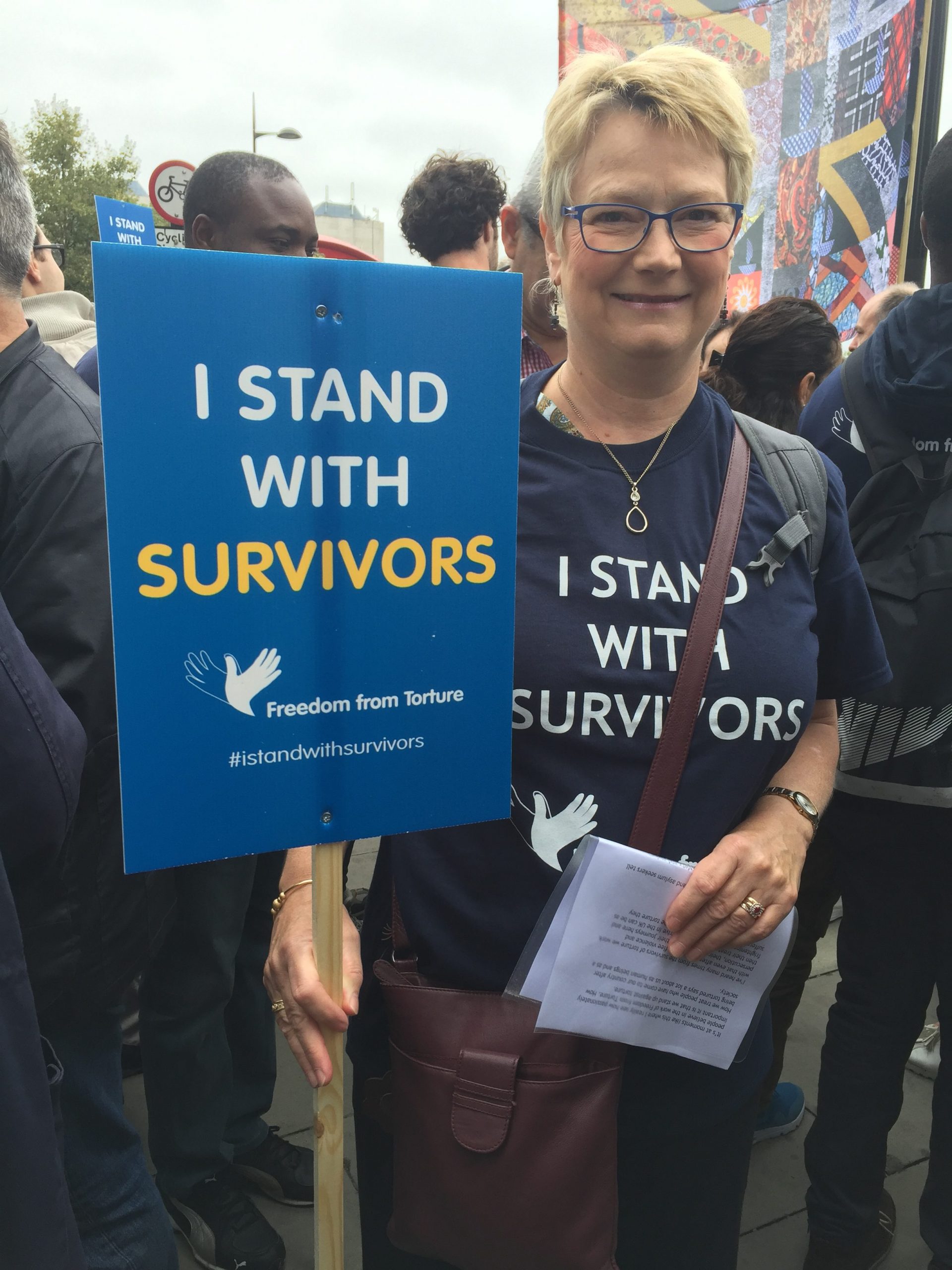 Demonstrators were not only unhappy with the UK’s poor efforts in Europe, but also with those in our territory. Freedom from Torture CEO, Susan Monroe, told the Justice Gap that there were  ‘pitifully inadequate services’ in the UK to welcome and support refugees and asylum seekers, in particular those who have been victims of torture . ‘The Home Office has created a very deliberate culture of disbelief around victims of torture and their default position is that they do not believe anyone’s story,’ she said. Monroe explained that it is fundamental for torture survivors, refugees and asylum seekers to feel welcome as they often found themselves in a country with no family and no friends. The march was ‘hugely empowering for survivors’.

Torture survivor Julius (not his real name), praised the work of many charities in the UK that help refugees and asylum seekers integrate in the UK, find accommodation and be reunited with their families, but said that more can be done to make people feel like human beings again. It often takes a long time for people to feel truly integrated in the UK and uncertainty over immigration status does not help. Asylum seeker Hanna (not her real name) came to the 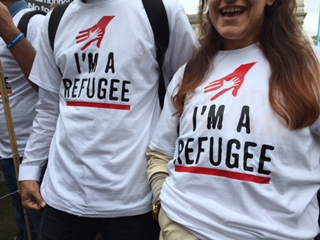 UK from the Congo 12 years ago and she was still waiting for a decision on her asylum claim. ‘To this day, I do not know what is going to happen to me and what that means for my future,’ she said. ‘I am here because I want the decision makers and the Government to hear our voice, the voice of all those people in the UK and in Europe who are in the same hopeless situation as me.’