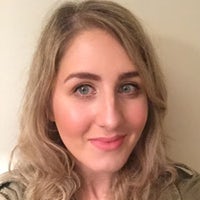 Maxwell Confait, a 26-year old homosexual prostitute who preferred to use the name 'Michelle', was found strangled in a burnt-out house on April 22, 1972

In 1972, three individuals were erroneously convicted of various offences relating to the death of Maxwell Confait. These three individuals were Colin Lattimore, Ronald Leighton and Ahmed Salih. Colin was aged 18 at the time of Confait’s death but was said to have an IQ of 75 and was susceptible to pressure. Ronald was aged 15 at this time but, in addition to being a minor, was said to have the mental age of an eight-year old and was said also to be extremely suggestible. Ahmed was also a minor, at the age of 14, but, in addition, English was not his first language. These three individuals were therefore vulnerable, yet their vulnerabilities were largely ignored by the police during investigation and by the court in relation to the evidence submitted at trial. Two years later, due to the dogged persistence of Colin’s father, the convictions were quashed by the Court of Appeal, where it was found that Colin, Ronald, and Ahmed could not possibly have caused Confait’s death.

During the time that Colin, Ronald, and Ahmed were convicted, the treatment of vulnerable suspects, amongst the treatment of suspects more generally, was governed by the Judges’ Rules and the accompanyingadministrativedirections. It was recognised that the rules lacked enforceability and were therefore inadequate in protecting vulnerable suspects. An inquiry into the police investigation and the subsequent court decisions (Fisher Report, 1977/78) exposed these inadequacies and this, along with the Report of the Criminal Law Revision Committee (HMSO 1972), led to the establishment of a Royal Commission for Criminal Procedure (HMSO 1981). It was the report of the Commission that formed the basis of the protection for vulnerable suspects, and suspects more generally, as we can see today in the Police and Criminal Evidence 1984 and its accompanying Codes of Practice (particularly Code C).

Under Code C, ‘vulnerable’ suspects must be provided with an appropriate adult when undergoing criminal investigation. This applies whether the suspect is detained in police custody or interviewed ‘voluntarily’. Until July 2018, suspects considered vulnerable were those who were under the age of 18, or adults who could be considered ‘mentally disordered’ or ‘mentally vulnerable’. These suspects were considered vulnerable because they could, without knowingly doing so, provide unreliable, misleading or self-incriminating evidence. Code C changed in July 2018 in respect of adult suspects such that adults who, whether because of a mental health condition or a mental disorder, may: (i) have difficulty when understanding the processes and procedures connected with arrest and detention, or voluntary attendance, or their rights and entitlements; or (ii) ‘not appear to understand the significance of what they are told, of questions they are asked or of their replies’; or (iii) become confused or unclear; or (iv) provide unreliable, misleading or incriminating information without knowing or wishing to do so; or (v) be suggestible or acquiescent.

Previous research has, however, highlighted that there are various barriers to implementing the appropriate adult safeguard, namely the issue of identifying whether a suspect is vulnerable (Bean and Nemitz 1995; Bradley 2009; Brown, Ellis, and Larcombe 1992; Bucke and Brown 1997; Dehaghani 2016; Dehaghani 2017; Gudjonsson et al 1993; Irving and McKenzie, 1989; Medford, Gudjonsson and Pearse 2003; National Appropriate Adult Network 2015; Palmer and Hart 1996; Phillips and Brown 1998. See also Bradley 2009; Cummins 2007; McKinnon and Grubin 2010).

In 2014-15, I spent sixmonths (three months at a time in two force areas) in police custody conducting research through a method called ethnography. This involved observing custody officers as they booked suspects and other detainees into police custody and having conversations with custody officers about their role and how they make decisions. Towards the end of the observational period (which lasted around twoand a half months), I conducted formal interviews with custody officers where I asked about their role, and decisions on risk, vulnerability, the PACE safeguards, and the appropriate adult safeguard.

Through observation and interview, I found that the identification of vulnerability was, indeed, a significant barrier to implementing the appropriate adult safeguard for adult suspects. For example, the risk assessment, upon which vulnerability could be identified, is geared towards physical risk (such as a death or serious injury) and is not adequate when assessing whether an individual needs an appropriate adult. Another barrier is that of how custody officers make sense of the information made available to them – for example, they were much more likely to trust an investigating officers view of someone’s vulnerability or ‘advice’ given to them by the various medical or healthcare professionals within the custody suite than they were to trust a suspect’s self-report of a particular illness.

Their interpretation did not – and does not – fully align with the Code C definition. I examined how custody officers understood the terms ‘mentally vulnerable’ and ‘mental disorder’ under the Code and asked them when they would call an appropriate adult. The custody officers distinguished between those who had, for example, Autism Spectrum Disorder (ASD), depression or schizophrenia, and those who, in their view, required an appropriate adult. Custody officers disregarded as unimportant certain mental disorders; depression was a frequently cited example – it was often claimed that those who stated that they had depression were doing so because they had been arrested or because they wanted to claim social security benefits. Moreover, those with ASD were often seen as intelligent and articulate and therefore not in need of an appropriate adult.

There are many things that need to be done to improve the uptake of the appropriate adult safeguard. One is better provision and funding. Another is improved training of officers whereby the various assumptions and stereotypes, as outlined in my research, could be challenged. Another method is to hold the police accountable for their decisions – this could be done through the courts, Police and Crime Commissioners, the Independent Office for Police Conduct, and Independent Custody Visitors.

The appropriate adult safeguard could also be placed on a statutory footing for adults so as to provide parity with appropriate adult provision as currently exists for children and young people (see Crime and Disorder Act 1998). The risk assessment could be improved and experts could be introduced into the custody suite. Fundamentally, there needs to a clear commitment from agencies and actors within the criminal justice process. This includes, but is not limited to, the police, the judiciary, the legislature, solicitors and other legal representatives, the CPS, and Liaison and Diversion. Until issues with the implementation of the appropriate adult safeguard are rectified, miscarriages of justice may continue to occur, many of which will undoubtedly remain undetected and unscrutinised.

Our print magazine is Proof. Contributors include Michael Mansfield QC, Bob Woffinden, David Rose, Eric Allison and Ian Cobain.
Buy Proof Magazine
The latest issue (Why legal aid matters) includes Helena Kennedy QC and Martha Spurrier in conversation, David Conn on the legacy of Hillsborough - plus how to build your own law centre.
Roxanna is a law lecturer at Cardiff University researching vulnerability in criminal process