The secret trial of Erol Incedal

The secret trial of Erol Incedal 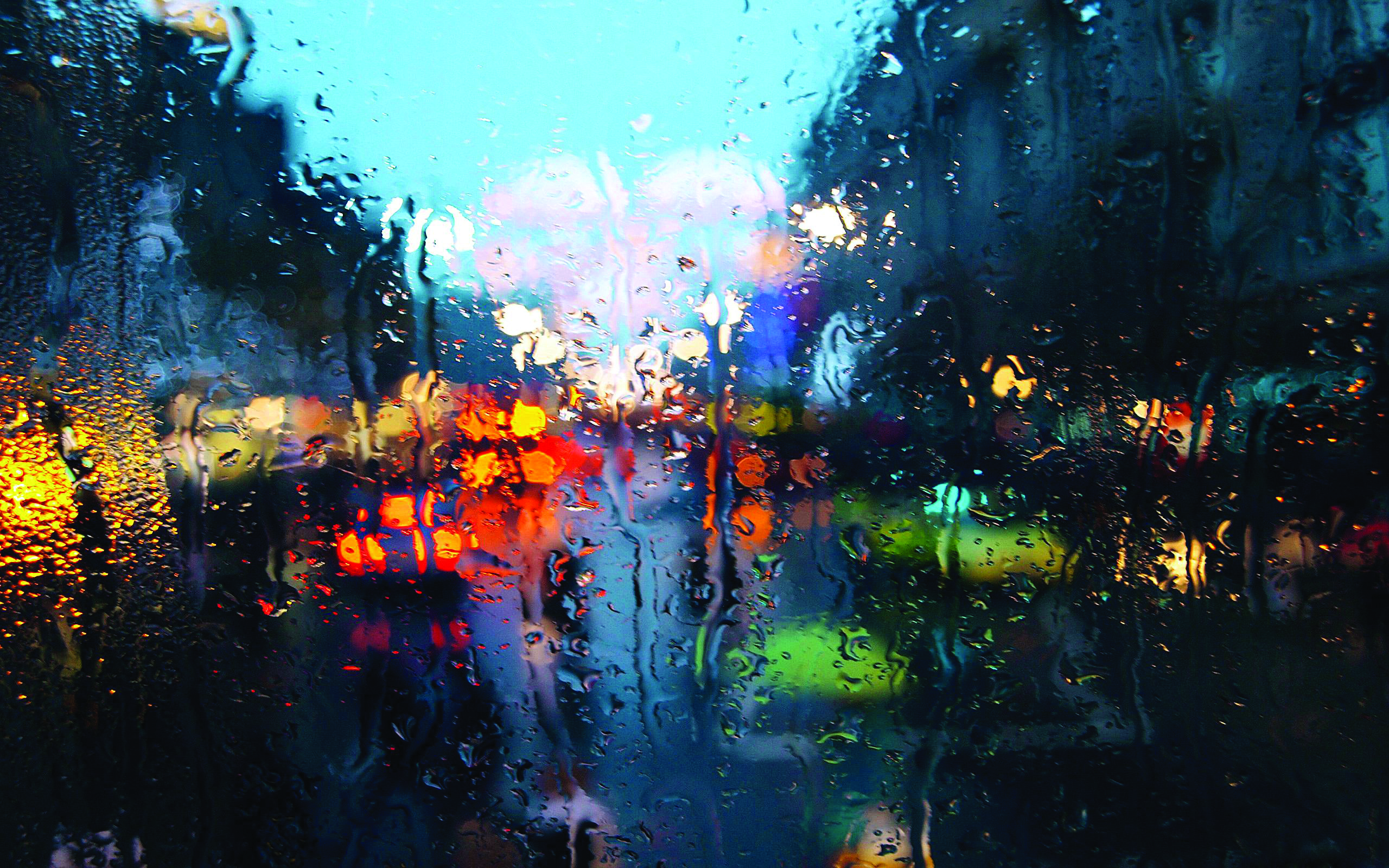 Ian Cobain was one of a small number of accredited journalists to report on the Incedal trial which was conducted in unprecedented secrecy. Here, he explains what happened and why it was worth reporting. This is an edited version of article that appears in the new issue of Proof magazine. You can buy the magazine here.

On the evening of Sunday 13 October 2013, a black E-Class Mercedes saloon was driving near Tower Bridge in central London with two young men inside. A few yards from the bridge, three unmarked police cars positioned themselves in front, behind and alongside the Mercedes and forced it to a halt. Armed officers leapt out and ordered the men to get out of the car. When the Mercedes edged forward a few inches, the police blew out its tyres with shotgun rounds. The two occupants of the car were pulled out and searched. Both men were found to have small SD memory cards, wrapped in tape, concealed inside their iPhone cases.

Stored on the cards were a number of documents, including a five-page bomb-making manual. A listening device had been installed in the car 13 days earlier, and had picked up conversations in which the two men had discussed a recent trip to Syria, and talked about their plans to buy a firearm. Email communications had also been intercepted, showing that one of the two men had communicated with a third in Syria, and had agreed to carry out a terrorist attack in London.

When the two men appeared before Westminster magistrates they were identified only as AB and CD. Both were charged with possession of the bomb-making manual under the Terrorism Act 2000, while AB was also charged with the more serious offence of preparing acts of terrorism over a 20-month period.

Unprecedented secrecy
At Crown Court, prosecutors said they needed the entire case to be heard in secret, with the defendants remaining anonymised. Were this not agreed, there was a possibility that others – who remained, at that point, unidentified – may not co-operate with the prosecution. The application was supported by ministerial certificates signed by both the Home Secretary and Foreign Secretary. Accordingly, the trial judge ordered that while the verdicts and sentences would be made public, the entire trial would be held in secret, with the public and the media excluded, and that publication of reports of the trial would be prohibited.

Such all-embracing courtroom secrecy was almost unprecedented. Media organisations decided that they should challenge the order, but initially their lawyers – not knowing the reason for the order – were unsure how best to proceed.

Eventually those lawyers were admitted into the court, learned something of the background the case, and argued at the Court of Appeal that the order should be set aside.

At this point, the Court of Appeal ruled that AB and CD could be identified as Erol Incedal and Mounir Rarmoul-Bouhadjar, two young men from south London. It also put in place a highly-unusual arrangement whereby the trial would be heard in three parts: Part One, in which the public and the press would be permitted to be present, and which could be reported; Part Two, in which up to ten journalists could be present, but could not report what they had heard, pending a review by the judge at the end of the trial; and Part Three, during which this small group of journalists was excluded. The jury was to be present throughout.

This presented the media with a dilemma: there was no guarantee that the reporters who attended the Part Two sessions would be permitted to report the evidence that they heard – and every possibility that they would not. There were some journalists who believed that the media should never collaborate with such courtroom secrecy, and should not participate. Even the term used by the court to describe the reporters to be permitted into Part Two – ‘accredited journalists’ – was thought be some to be offensive.

In the event, journalists representing six media organisations did participate, along with one freelance. Throughout each of the Part Two sessions they were expected to surrender their mobile phones, which were locked in soundproof boxes. At the end of each session, the journalists were expected to hand their notebooks to a police officer, to be locked in a safe at the back of the court. The police watched closely to ensure the journalists did not attempt to remove any notes from the court. It was an unpleasant experience for the journalists concerned. There was a comic moment when a detective accused the man from the Daily Express of surreptitiously making a second set of notes and attempting to smuggle them out. The journalist handed over the crossword he had been completing during lulls in the proceedings. Less amusingly, a reporter from the Daily Mirror was threatened with arrest at his home for allegedly removing notes, when he had not even been in court.

To reinforce this secrecy, the trial judge handed down an order that prohibited the journalists from making any notes outside court, from memory. The order also stated that if any of the journalists wanted to discuss the case with their own lawyers, this must be done in a confidential meeting, which was defined as one that would take place in a room ‘in which the door is closed and it is clear that no one can overhear from outside the room what is being said during the meeting’. The order added that ‘no part of the meeting can be recorded and no notes made’. A proposal that the order should also decree that the door to the meeting room should be locked, and that there should be no CCTV in the vicinity, was considered, but abandoned.

Contempt of court
Shortly before the trial began, Rarmoul-Bouhadjar pleaded guilty to possessing the bomb-making manual. Incedal, a 27-year-old law student from south London, denied both counts. As his trial began, the judge warned the jury that they could be prosecuted for contempt of court – an offence carrying a penalty of up to two years imprisonment – if they divulged to anyone what they were about to hear.

It was also made clear to the journalists that they too would be in contempt of court if they attempted to report what was being hidden from the public. Whenever the court went into a fully secret Part Three session, the journalists were asked to leave and one of the police officers would lock the doors from the inside. The judge told the jury that the evidence heard during these sessions would never, in any circumstances, be made public.

The constant interruptions were no doubt burdensome for counsel, the judge and the court staff, and can have done little to help the jury members concentrate on the proceedings.

At the end of the four-week trial, Incedal was convicted of committing a crime by possessing the bomb-making manual, but the jury could not agree a verdict on the charge of plotting a terrorist attack. A second jury was sworn in for a retrial, and the warnings about contempt of court were issued over again.

After the second jury retired to consider its verdict, the journalists were told that if Incedal was convicted they would be permitted to remove their notebooks from court, but only once certain words were ‘completely excised’ from their pages. It was also made clear that the identity of the people making this demand should not be disclosed.

Incedal was acquitted. The jury’s decision was no great surprise to the journalists who had been permitted to hear the Part Two evidence, but they were unable to explain that decision to their readers and viewers. Nor were they able to report on the single most important matter at the heart of the case: that which the Court of Appeal described as ‘the core of the trial’.

Rarmoul-Bouhadjar was jailed for three years for possession of the bomb-making manual; Incedal was jailed for 42 months. And at the end of this bizarre and disturbing case, the judge ruled that the reporting restrictions would not be lifted. He handed down his decision in two judgments: one was open, and the other, of course, was secret. At this point, the police officers in court told the ‘accredited journalists’ that they would never see their notebooks again.

The judge’s refusal to lift the reporting restrictions led to a further appeal by lawyers representing the media. At this point, the Lord Chief Justice, Lord Thomas, let part of the cat out of the bag, when he made clear, in open court, that the representations that had been made to Crown prosecutors – and which that had led to the demands for complete secrecy – had been made by MI5 and MI6.

The Lord Chief Justice appeared to be furious. ‘One thing the security services cannot do is to say they will not hand over material to the prosecution,’ he said. ‘That is absolutely impermissible. It cannot be for the security services to say: “Well we may not cooperate”, because that would suggest that they are not subject to the rule of law.’

Thomas rejected the media’s second appeal, with the result that the reporting restrictions remain in place. However, he warned MI5 and MI6 that must never again threaten to withhold evidence in a bid to secure courtroom secrecy. ‘It is a significant, important and proper part of the duties of the security services that they act in accordance with the law,’ he said.

He also said that a working party needed to be established to advise on ways in which courts would in future be able to consult the growing number of secret judgments that are being handed down in previous cases. Currently, he said, ‘the closed judgments which contain the detailed reasons why the court has decided that the evidence should be heard in camera are not retained within the court files or, as far as we have been able to ascertain, in any specified place within the court. This is not satisfactory’.

So although the media failed in its attempts to have the reporting restrictions lifted in their entirety, the decision to collaborate with this unusual process did bear fruit. At the start of the case, the public knew only that two men called AB and CD were facing trial on terrorism charges, and that they would eventually be informed of the verdicts and sentences.

After two appeals by the media, the public were able to know the identities of the defendants and much of the evidence against them as well as some parts of Incedal’s defence. The role that MI5 and MI6 had played in attempting to held a terrorism trial entirely in secret had been exposed, and the agencies were put on notice that they should not interfere with prosecutorial decision-making process. And work was to begin to open up the growing body of secret case law to the courts themselves.

Ian is a senior reporter with the Guardian. His study of official secrecy in the UK, The History Thieves is published by Portobello Books

Our print magazine is Proof. Contributors include Michael Mansfield QC, Bob Woffinden, David Rose, Eric Allison and Ian Cobain.
Buy Proof Magazine
The latest issue (Why legal aid matters) includes Helena Kennedy QC and Martha Spurrier in conversation, David Conn on the legacy of Hillsborough - plus how to build your own law centre.
Ian is a senior reporter with the Guardian. His study of official secrecy in the UK, The History Thieves is published by Portobello Books