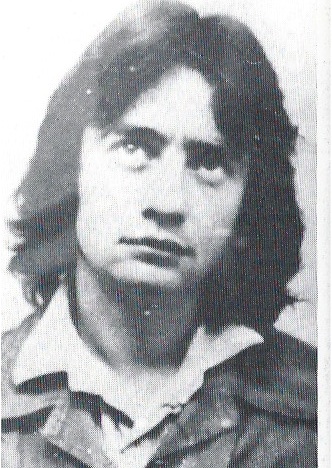 In June 2014, I attended the Belfast funeral of Gerry Conlon of the Guildford Four. Gerry’s cruelly premature death made it a very sad occasion but I was delighted to be reunited with individuals who’d campaigned for innocent Irish prisoners.

Among the mourners was Lily Hill – mother of another of the Guildford Four, Paul Hill. More than quarter of a century earlier, Lily and I spoke at public meetings calling for the release of innocent Irish prisoners. As we chatted outside St Peter’s Cathedral, I was reminded of an incident which occurred in the 1980s.

Waiting for a train after visiting her son at HMP Winchester, Lily was arrested by Hampshire Police. At the police station, she was allowed a telephone call to inform someone of her arrest. Lawyers were contacted. The police said Lily had been acting suspiciously. This seemed highly unlikely. She was (and is) a mild-mannered and manifestly law-abiding woman. After several hours, she was released without charge. Lawyers continued to ask why she’d been arrested. Eventually, officers admitted that a member of the public had overheard Lily speaking in a Belfast accent and called the police.

In those days, it wouldn’t have been especially surprising if the government had added an offence of being in wilful possession of an Irish accent within designated areas of the Home Counties to the panoply of absurd, panic-stricken measures adopted in the wake of terrorist violence.

The mistreatment and discrimination suffered by Northern Ireland’s nationalist minority provided neither excuse nor justification for the paramilitaries’ actions. Faced with terrorism, the State was under a positive duty to protect its citizens. However, the hasty introduction of senseless legislation which demonised entire communities in Britain and Northern Ireland was almost entirely counter-productive. Nor was it reasonable to stifle democratic discussion about the conflict as typified by government media bans. Above all, it was unacceptable for the integrity of the courts and criminal justice system to be undermined and corrupted by repeated incarceration of innocent people.

Folk devils
For many decades, the British media paid scant attention to Northern Ireland. The UK government showed even less interest. Until the late 1960s, not a single Whitehall official worked full time on Northern Irish matters. The consequent reaction in Britain when paramilitary violence erupted was bewilderment swiftly followed by panic. Rather than seek any explanation of the causes of the conflict, most of the media resorted to grotesque stereotypes in which Irish people were portrayed as congenitally stupid ‘folk devils’ with an atavistic propensity for violence.

When paramilitary bombings spread to England in the early 1970s, the public atmosphere of moral panic encouraged police from West Yorkshire down to Surrey to concoct cases against a succession of wholly innocent suspects. Prosecuting lawyers disposed of inconvenient evidence pointing to the innocence of those accused by deliberate non-disclosure and outright concealment. Government scientists falsified their findings. The courts and juries ignored manifest absurdities in the cases against the defendants. No part of the criminal justice system remained untainted.

Throughout the 1970s the majority of persons convicted of serious terrorist offences in England were innocent. Wrongful convictions in this period weren’t random aberrations caused by a few rogue police officers. They were the norm. Efforts to transform Irish people into diabolic ‘others’ in the public mind were so successful that ostensibly normal behaviour was cited as proof of defendants’ deviance.

Thus, in his opening speech for the Crown at the trial of the Birmingham Six, Harry Skinner QC pointed to five of the men on a Heysham-bound train ‘playing cards and…in a jolly mood’ to demonstrate their perverse callousness after placing bombs ‘in some illogical way’. Likewise, the unlikely circumstances in which some of the defendants were found when arrested weren’t regarded as incongruous. No-one considered it odd that Judith (Judy) Ward should be apprehended homeless and destitute sleeping in a Liverpool shop doorway just days after she was supposed to have organised the M62 coach explosion.

To establish her Hibernian ‘otherness’, the Crown claimed – based on no evidence whatsoever – that Judy’s father was Irish (both her parents were English). When defendants in terrorism cases failed to conform to stereotype (as when the Times reported that Anne Maguire gave her trial testimony in an ’outwardly simple, homespun manner’) sections of the media were almost indignant.

It’s sometimes argued that hysteria and moral panic within the criminal justice system in response to Irish paramilitary violence subsided after the 1970s. This is a dubious proposition. Terrorism charges continued to be brought against innocent suspects well into the 1990s. What had changed was that defence lawyers and justice campaigners had learned to act swiftly in order to avert the fate suffered by the Birmingham Six and others. I was involved in several such cases.

In 1993, I was contacted by the aunt of a young Derryman called John Matthews. He’d been staying with her while working in London after failing to find employment at home. She’d just been released from custody after several days questioning. John was accused of hi-jacking a minicab with the intention of causing an explosion in Downing Street. Arrested at Heathrow Airport three days after the incident, he was charged despite having a water-tight alibi. John’s SDLP constituency MP, John Hume had known him since birth and worked strenuously to have the charges withdrawn enlisting the energetic support of Sir Peter Bottomley MP and Labour MP Kevin McNamara.

Thanks to the efforts of his estimable solicitor Gareth Peirce, charges against John were dropped after he’d been incarcerated for several months. With almost unbelievable vindictiveness, Home Secretary Michael Howard ordered that John be re-arrested as he left the court and served with an order to exclude him from Britain insisting he was a terrorist whatever the court said.

Moral panic
Elaine Moore was a Dubliner working and living in London. In 1998, she was arrested and held in oppressive conditions accused of storing explosives. Successive hearings at Belmarsh Magistrates Court took place in a decidedly surreal atmosphere. At one hearing, the prosecution claimed a pendant she possessed in the shape of a map of Ireland was the emblem of the 32 County Sovereignty Movement – a group linked to the Real IRA.

The pendant was widely available in tourist souvenir shops and had been given to her two years before the group in question had even formed. At another hearing, the stipendiary magistrate refused to accept a proposed bail surety on the grounds that the person resided in Armagh which the magistrate asserted was outside UK jurisdiction. During the lunch break, I undertook the bizarre task of visiting bookshops and newsagents in the Plumstead area in search of an atlas which would show that Armagh is indeed within the UK. Elaine was eventually released after it transpired police had known all along that she was innocent thanks to information provided by an undercover officer.

Moral panic was occasionally directed at those challenging wrongful convictions. In 1988, the Independent Broadcasting Authority (IBA) banned a Pogues song about the Birmingham Six because it might ‘invite support for an organization proscribed by the Home Secretary’s directive in that they indicate a general disagreement with the way in which the British government responds to, and the courts deal with, the terrorist threat.’ We wrote to the IBA from the Birmingham Six Campaign asking whether the ruling also applied to our own activities and they replied that it did. More serious was a statement issued in 1990 by the West Midlands Chief Constable, Geoffrey Dear. He alleged the IRA had infiltrated the Birmingham Six Campaign and ‘there is no doubt that the IRA are working with the campaigners’. He provided no evidence for his lurid claim (he was no doubt hampered by the fact that none existed). Nor did he express concern that those of us in the campaign’s leadership with family in Northern Ireland might be endangered by his groundless accusation.

Have the UK government, criminal justice system and media learned any lessons from the 30 year moral panic during the Northern Ireland conflict? Hardly. Not long ago, I met with Vincent Maguire who together with five relatives and a family friend was imprisoned in the 1970s for terrorist offences which never existed. Speaking of the irrational atmosphere in which the Maguire Seven were tried and convicted, Vince commented ‘Back then it was Irish people on the receiving end. Now it’s Muslims.’ Moazzam Begg freed from months of detention on terrorism charges in October 2014 after the Crown’s supposedly strong case against him seemingly evaporated without trace would doubtless agree.