‘We need to open up our legal system so that it draws from all available talent in our society. The Prime Minister has outlined her vision for a country where merit matters more than background… . So we will be working to break down barriers.’
Elizabeth Truss, Lord Chancellor, October 2016

At Young Legal Aid Lawyers, we share the Lord Chancellor’s vision of a legal profession which is truly open to everyone regardless of background. In recent months, we have carried out research into the state of access to the profession – and the particular challenges facing aspiring and junior legal aid lawyers – in order to build on our previous social mobility and diversity reports.

Our latest study addresses access to the legal profession in the age of austerity, and reveals that there remain significant obstacles to lawyers hoping to work in the legal aid sector which, in our view, can only be overcome with urgent action by the government, regulators and employers. 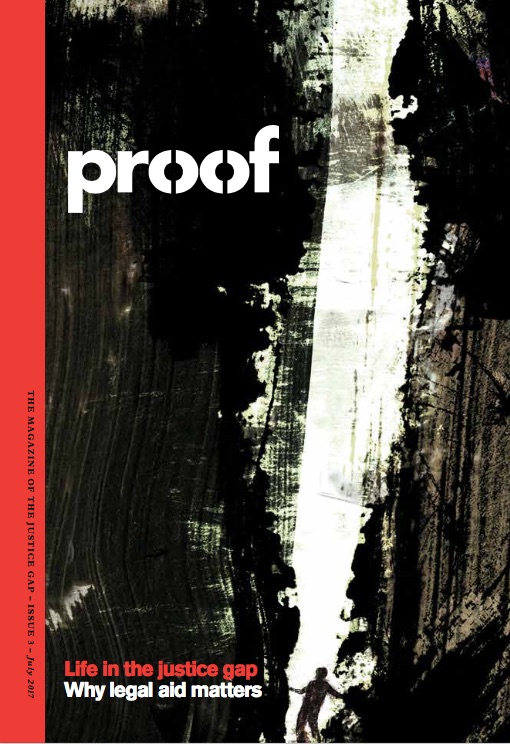 Who are young legal aid lawyers?
As an organisation, Young Legal Aid Lawyers (YLAL) was formed in 2005 and now has over 2,800 members. Our members include students, paralegals, trainee solicitors, pupil barristers and qualified junior lawyers. We are united by a belief that the provision of good quality publicly funded legal help is essential to protecting the interests of the vulnerable in society and upholding the rule of law.

According to the 2011 census, 87% of people in the UK are white, 3% are black, 7% are Asian and 2% are mixed race. Both women and people from black and minority ethnic (BAME) backgrounds are over-represented among YLAL members compared to the general population; whereas people with disabilities are under-represented among our membership of aspiring and junior lawyers.

Social mobility in the age of austerity
Our previous report on social mobility and diversity in the legal aid sector, One Step Forwards, Two Steps Back, was published in October 2013. Its main findings were as follows:

Since that time, the cap on university tuition fees in England has increased from £3,225 to £9,000 per annum and significant cuts have been made to both civil and criminal legal aid.

The 2013 cuts to the scope of civil legal aid mean that advice providers, law firms and barristers’ chambers carrying out publicly funded work are under increasing financial pressure. The knock-on effect of this is to restrict the number of training contracts for solicitors and pupillages (the practical training stage required for barristers) and ensure that the salaries of junior lawyers remain low.

In criminal legal aid, the situation is even worse. Following concerted opposition (see page 58), the then Lord Chancellor Michael Gove last year scrapped a major overhaul of the market and suspended a second 8.75% fee cut. As reported elsewhere, further major reforms are currently being consulted upon and there is the possibility that the cut could be reinstated.We believe that concerns about social mobility in the profession and the long-term sustainability of publicly funded criminal advice and representation should be at the forefront of politicians’ minds.

Recent research by the Sutton Trust illustrated the extent to which the senior ranks of many professions remain dominated by people who attended fee-paying schools. In 2015, three-quarters of senior judges (74%), 71% of the top 100 ranked QCs and 32% of partner-level solicitors went to fee-paying schools, compared with just 7% of the general population.

Findings
Postgraduate course fees present a significant barrier to the profession. Many of our members have relied on financial support from their family or loans to complete their legal education.

These levels of debt might not be such a problem if junior lawyers in the legal aid sector were adequately remunerated. However, our survey found that 25% of respondents were earning £15,000 or less per annum, with a further 42% earning between £15,001 and £20,000.

To put this into context, a person aged 25 or over working full-time and receiving the national minimum wage of £7.50 would earn £13,650. Someone earning the ‘real’ living wage set by the Living Wage Foundation based on what people actually need to live would earn £15,379 outside London (£8.45 per hour) or £17,745 in London (£9.75 per hour). This suggests a quarter of our members are currently paid less than the real cost of living.

Another is currently paid £8.75 per hour on a part-time basis and pays £7.50 per hour for childcare – relying on income support, child tax credit and housing benefit to survive. If this is what it means to be a ‘fat cat’ legal aid lawyer in the eyes of some politicians and sections of the press, our members are entitled to feel short-changed.

These statistics demonstrate why the vast majority of our members (86%) believe there should be a minimum salary for trainee solicitors.

The lack of adequate remuneration is not the only obstacle facing young legal aid lawyers, but it is considered the most important; when asked to identify the biggest professional challenge facing them, our members responded as follows: underpaid (34%), stress (21%), workload (11%) and long hours (8%).

What next?
Successive cuts to publicly funded law have undoubtedly had a deterrent effect on the next generation of legal aid lawyers. We urge the government to recognise the need for a new generation of lawyers to ensure there is a sustainable legal aid system in its review of LASPO.

While we recognise the financial pressures facing employers in the legal aid sector, it is incumbent upon employers that work experience is offered on a fair and non-exploitative basis; unfortunately, we are anecdotally aware of members carrying out months of unpaid work with no reward but the vague promise of paid employment in future as a paralegal or trainee solicitor.

So why do we work in legal aid? ‘I believe in access to justice for all. I work with people who, because of their circumstances, come into contact with institutions and public services that make them more vulnerable to social injustice,’ one YLAL member said. ‘More than anyone, they need good legal representation, but they are least able to afford it.

The age of austerity has undeniably taken a huge toll on the legal aid sector. It has done so primarily by denying justice to hundreds of thousands of people whose cases are no longer within the scope of legal aid, but there is also a longer-term threat to the sustainability of publicly funded legal advice and representation.

If talented young lawyers are not willing or able to work in legal aid due to the a devastating combination of high course fees, unpaid work experience and inadequate remuneration, society as a whole will be weaker for it. We believe that cuts to legal aid undermine the viability of the profession and the rule of law. We will use our report to challenge the status quo and to hold the Lord Chancellor and others to account.