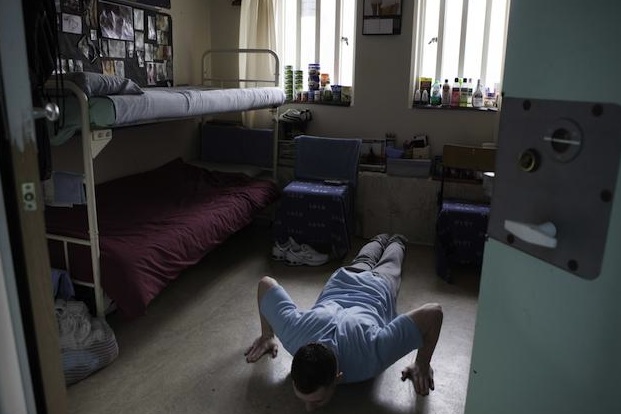 Research by the prisons ombudsman has revealed that a significant number of confidential letters between prisoners and their lawyers have been wrongly opened by prison staff. Additional reporting by Brooke Perriam.

Under prison rule 39, prisoners have a right to confidential correspondence with their lawyers, the courts and a range of independent bodies. Guidance from the Law Society advises that correctly addressed letters, posted inside a double envelope will be regarded as legally privileged and conveyed to clients unopened.

However, data from the Prisons and Probation Ombudsman found that post was opened in half of the cases investigated by the body in the past year. Nigel Newcomen, the prisons ombudsman, oversaw 32 official investigations into complaints about the handling of confidential correspondence with prisoners in England and Wales between April 2014 and June 2015, and found that in 16 cases private mail had been opened in error by prison employees.

A Law Society spokesperson said that the right to communicate with your lawyer confidentially was ‘basic to the functioning of the justice system’. ‘Incidents such as these should serve as a reminder to prison staff that correspondence with lawyers and the courts should not be opened,’ she added.

The Ministry of Justice has said the reported incidents were ‘isolated cases. The recommendations made by the prison and probation ombudsman have been accepted and the necessary action has been taken at the prisons concerned.’

Extremely troubling
In a special bulletin, Newcomen acknowledged that most of the cases involved human error; however, he registered his concern at a number of cases where other issues were at play. In one case, letters which were correctly addressed and sealed in accordance with the rules were deliberately opened by staff before they were sent out of the prison. It was found that prison staff were routinely breaching Rule 39 by insisting that all legal mail should be checked before being sent, a breach which the ombudsman regarded as ‘extremely troubling’.

Another case concerned a prisoner whose correspondence from bodies including the Royal Courts of Justice, the Equalities and Human Rights Commission and the Prisoners Advice Service was repeatedly opened by prison staff.

In a statement, Newcomen said: ‘It is a fundamental aspect of the right to a fair trial and to access to justice, that correspondence between prisoners and their legal advisers is kept confidential’.

‘Prisoners need to be able to have confidence that their confidential communications will be respected. Even infrequent errors will undermine this; once a letter has been opened it is hard to reassure the prisoner that the contents were not read.’
Nigel Newcomen, the prisons ombudsman

Rule 39, where correctly applied, should ensure that prisoners are able engage with their legal advisors without fear of interference or reprisals. ‘These are important safeguards,’ Newcomen notes. Letters which are sent and received sealed should only be opened by staff in exceptional circumstances; if the rule is breached, there is a danger prison staff can read sensitive material which could prejudice them.

Newcomen recommended that improvements be made to the way in which prisons handle confidential correspondence, particularly to ensure that errors are recorded and staff are fully aware of the rules. A spokesman from the Prisons Service said that the ombudsman’s recommendations had been taken on board, and that the bulletin is being shared with all prison staff ‘to reinforce the correct process’ regarding prisoners’ mail.

Although the Ministry of Justice views these as ‘isolated cases’, such lapses in prison procedure and incidences of poor staff training are nonetheless troubling, and hint at a broader disregard for prisoners’ rights in the UK prison system.

Prisoners miss more than four out of 10 outpatient…
More than 100 prisoners have died of COVID-19
Prisoner at HMP Styal who had stillborn baby 'will never…
Use of segregation post-lockdown at HMP Whitemoor…
Covid-19: Pregnant women and young mothers to be released…