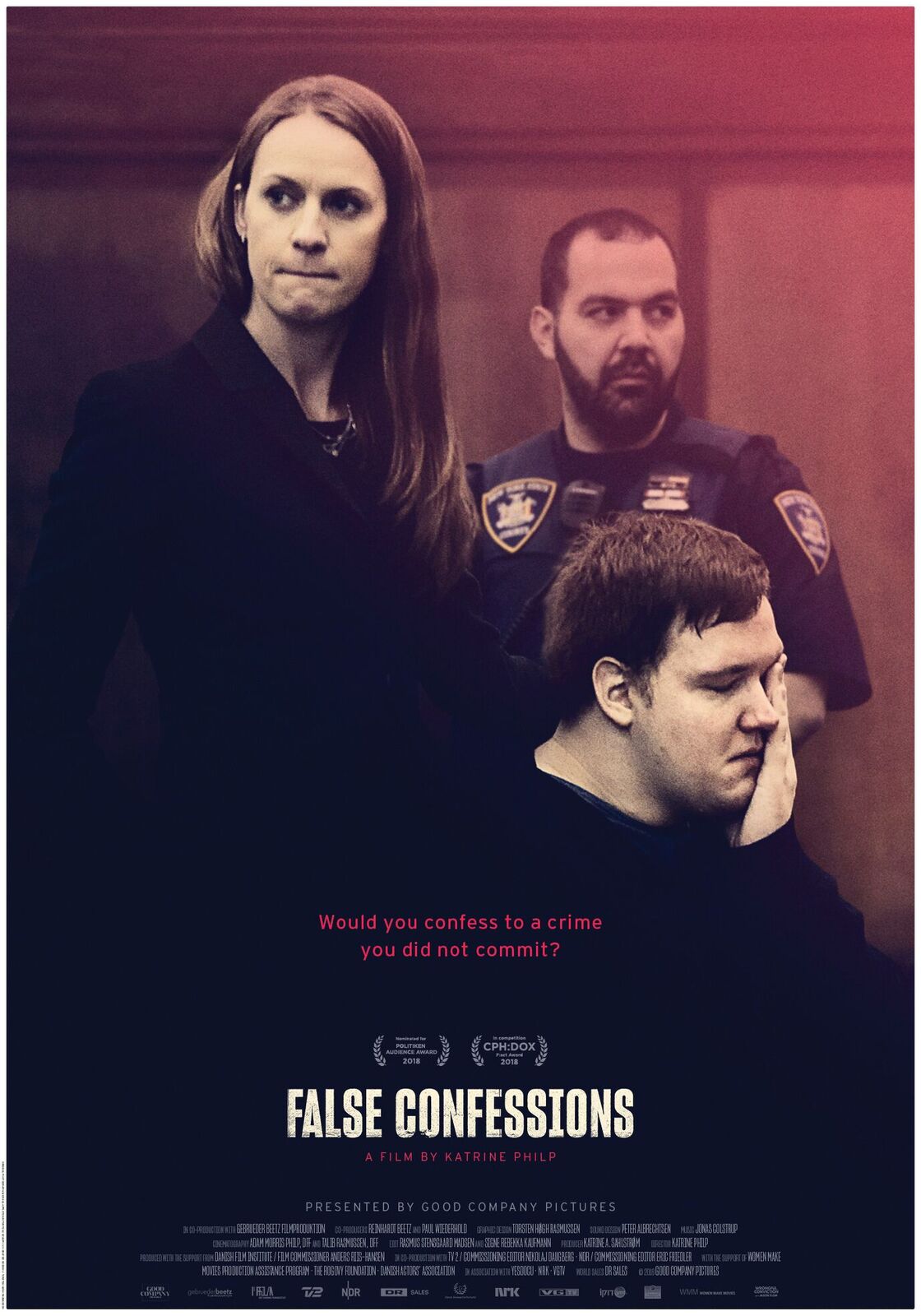 A new US documentary exploring the phenomenon of innocent people in the US who falsely confess to crimes aims to discredit a major investigative technique deployed by US police. The film False Confessions has its New York premiere this month.

In 2016 JG reporter Mehdi Shakarchi spoke to Korey Wise, one of the so called Central Park Five, and his lawyer Jane Fisher-Byrialsen for the Justice Gap (here) – both feature in the new film. At that point the documentary was being funded and its title was ‘In the Closed Room’.

According to the film-makers, each year innumerable American suspects confess to crimes they did not commit and, they argue, trained police interrogators can get anybody to confess to anything. The new documentary follows Jane Fisher-Byrialsen and her colleagues through four cases where interrogation techniques have been used to pressure innocent people into making false confessions. Using video footage from the interrogation room, viewers understand what the suspects go through as a result of sustained, mental manipulation by police officers who are only interested in securing convictions.

‘That the police are allowed to lie about evidence and manipulate the suspect to confess is the ultimate violation and results in a high number of convicted innocent people,’ comments the film’s director Katherine Philp. ‘It’s such an intense execution of power, a miscarriage of justice, and the people affected have their lives destroyed – many of them ending up with extended prison sentences.’

The documentary looks at the cases of Korey Wise and Lorenzo Montoya in their fights for freedom. Wise was 16 years old when he falsely confessed to having taken part in a rape and attempted murder of Trisha Meili in 1989 in the infamous Central Park Jogger Case. The press seized upon the vicious assault to illustrate lawlessness and broken race relations in the city. Two weeks after the brutal attack on the 28-year-old white investment banker and, before any trial had taken place, Donald Trump commissioned a number of ads in the city’s newspapers calling for Wise’s execution together with his co-suspects. ‘I have no thoughts about that man,’ Wise told Mehdi Shakarchi in the Justice Gap interview. ‘He doesn’t know me, and I don’t know him.’

Wise spent 12 years in prison before he was he exonerated in 2002 after the culprit eventually confessed.

‘There are so many people that are sitting in prison who were tricked by the Reid technique,’ his lawyer Jane Fisher-Byrialsen told the Justice Gap. The technique was first introduced in the 1940s and 50s by polygraph expert John Reid. Its nine-step process of interrogation is designed to overcome the resistance of suspects who are presumed guilty in order to obtain their confessions. According to Reid & Associates about 500,000 people have been trained in the Reid technique since 1974. It is banned in many European countries because of the high incidence of wrongful convictions.

‘One person befriends the suspect and minimizes what they have done,’ Fisher-Byrialsen explained. ‘They lie to them. There’s something called the false evidence ploy where they say to them look we have your fingerprints, we have the murder weapon, you might as well tell us what happened otherwise its not going to go well for you from here on.’

Katrine Philp said the Central Park Five case became a historic case for New York City as well as a ‘launch pad’ for Fisher-Byrialsen to help innocent people who had supplied false confessions, get out of prison. ‘At this point in time, Jane had four active cases involving false confessions, and I started investigating the subject more thoroughly,’ she said.

Lorenzo Montoya, a 14-year-old boy, was questioned for two and a half hours, after which he falsely confessed to the murder of a high school teacher. Lorenzo was convicted to life without the possibility of parole. Montoya told the police at least 65 times that he did not have anything to do with the death, before he told police what they wanted to hear. He had no lawyer and his mother was only present in first part of the interrogation.

‘Everybody thinks sure, but it won’t happen to me,’ says Philp. ‘But it just might one day. It could happen to anyone. And it is of the utmost importance that light is shed on this subject as it is quite simply unacceptable that it is perfectly legal that this violation is conducted by society. With a few simple measures – such as forbidding police to lie, videotaping all interrogations, and requiring that there should always be additional evidence in order to convict someone – a lot of false confessions would be stamped out.’

The new documentary won the Politiken Audience Award at the CPH:DOX festival (in Europe) and at the first US premiere it won the Special Jury Prize for Excellence in Social Justice Storytelling.

‘What can I say to get me out of this?’
Eight out of 10 police forces are unaware of guidance on…
Cases the changed us: Maxwell Confait
The over-use of police custody
Thousand of suspects released as a result of changes to bail…