‘Perhaps a decent lawyer could have got Cummings off, but it would have been on a technicality’

‘Perhaps a decent lawyer could have got Cummings off, but it would have been on a technicality’ 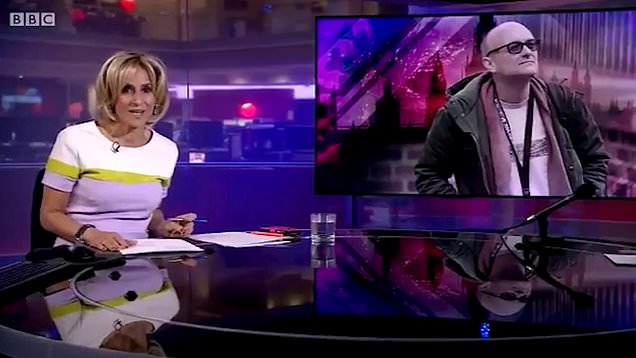 When Emily Maitlis said that Dominic Cummings broke the law on Newsnight, it was not a partisan, American-style monologue, but a fair reflection of reality. Yes, perhaps a good defence lawyer could have got him off, but it would have been on a technicality. Like getting out of a speeding ticket because the warning sign was a centimetre short of where it should have been. If the entire country had behaved as the Cummings did, Londoners fleeing to country boltholes at the first sign of a chesty cough, coronavirus would have spread like wildfire, collapsing the NHS and putting us in an even deeper hole than we currently find ourselves.

The issue isn’t, however, the gravity of Cummings’ jolly up the M1 and (apparently literal) sightseeing trip to Barnard Castle. As the Durham police said yesterday, it ‘might have been a minor breach of the regulations that would have warranted police investigation’. Instead, the real issue is what it reveals about the attitude of this government towards the rule of law, and how even the member of Cabinet who is responsible for upholding it – the Attorney General – has abandoned her post.

On a basic level, this episode reveals who Johnson and Cummings really are. Johnson rode to power on wave of populist support, claiming to be the ‘will of the people’ made flesh – campaigning as a clear break with the bureaucratic elites that had come before, despite his background. Even as his government floundered in response to the virus, poll ratings were buoyant, helped on their way by Johnson being stricken by the virus and then becoming a father (again).

As was emphasised throughout the 2019 election campaign, this support was loaned. It was given because Johnson passed what Yascha Mounk has called the ‘reverse-beer test’ – people thought that given the choice, ‘Boris’ would choose to have a beer with them. The people are not wearing their beer goggles anymore- no longer is Johnson the ‘man of the people’, but a hypocritical elitist like all the rest. Similarly, Cummings, for all his chat to the media about needing to go ‘up north’ and talk to real people, has been exposed as just another member of the Oxbridge-educated, north London intelligentsia.

For the government, it is should be embarrassing that no one seemed to think that Cummings simply apologising was the right course of action. Trying to come up with a clever set of facts to justify a trip that was obviously unnecessary- and unlawful to boot- was like giving Cummings rope instead of a shield. An apology might have offended Cummings’ inflated sense of self, but at least it would have shown that he was bound by the same laws as the rest of us, taking much of the rage out of the incident.

It is this refusal to simply recognise that Cummings broke the law, however, that led to the more alarming consequences of this affair. This is a government that has already done much to degrade the rule of law, aggressively policing the boundary between law and politics. It attacked the legitimacy of the Supreme Court’s prorogation judgment, it has threatened the judiciary, and it has appointed unqualified sycophants to key legal posts in the government. As a consequence of this latest debacle, it is now twisting the law to mean things that it clearly does not mean.

Faced with questions from a sceptical media, cabinet ministers have tied themselves into knots trying to justify the government’s defence of Cummings. Gavin Williamson did so on the basis that the prime minister did not consider Cummings to have broken the law, clearly unaware of the constitutional role the prime minister plays in the UK. Elsewhere, Matt Hancock, the Health Secretary, was reduced to promising a priest that the government would reconsider fines issued to those who breached lockdown for childcare reasons. A promise the government promptly resiled from. Laws are being rewritten in real-time because the prime minister doesn’t have the ability or the courage to sack his chief aide.

Meanwhile, the Attorney General, Suella Braverman, has compromised her independence. As the Attorney General, Braverman occupies a nuanced constitutional role. While being a politician and a member of the Cabinet, she also is the government’s chief legal adviser. This makes her responsible for advising the government on legal matters, and makes her head of various legal departments, including (most pertinently) the Crown Prosecution Service. In fulfilling these obligations, she is required to remain politically independent, following the law rather than the political exigencies of the day.

Here, Braverman has manifestly failed in her duty. As the other members of the Cabinet spinelessly tweeted their support for Cummings, she could have refused, saying that her position as head of the CPS meant she could not voice an opinion on the lawfulness of Cummings’ actions. Given that the Durham police had not then made any decision on charging Cummings, by tweeting her support, Braverman exposed herself to the risk of being seen to be in conflict with a branch of law enforcement ultimately under her control, while also suggesting that different laws can legitimately apply to those close to the prime minister.

Such failings were put to Braverman by Lord Falconer, the Shadow Attorney-General, who asked her to ‘confirm you will act independently of No.10′ in any future decisions regarding the legality of Cummings’ actions. This was not an escape route taken by the Attorney-General, who stuck to her guns, claiming that she tweeted only in ‘support of the decision to clarify events’, seemingly ignorant of the fact that her duty is not just to avoid bias, but to avoid giving the appearance of bias. At the time of her appointment, there were many sceptical of her suitability for the role – including me, writing here. She was expected to be too ideological and too inexperienced for such a crucial constitutional role – expectations that have now been borne out.

For those few who still thought that this government had any respect for the rule of law, this affair should have dispelled any lingering doubts. It has exposed their hypocrisy in attacking the courts – rather than the courts trespassing on the terrain of politics, this has been the government riding roughshod over the law. It has taken the nation through the looking glass, reducing words to meaning whatever the speaker wants them to, all while delegitimising the policies put in place to keep us safe. ‘Be ye ever so high, the law is above you’? Not if you’re in the prime minister’s favour, it would seem.

Accountability in a time of (constant) emergency
Michael Gove on the Tories' 'New Deal'
Stop ‘churn’ of prisoners through jail to limit COVID-19,…
CPS review finds all prosecutions under the Coronavirus Act…
Rights groups call for 'urgent review' of COVID-related…