Parliament should reform the controversial law of joint enterprise if the courts chose to ‘close ranks’, according to a member of the all party parliamentary group on miscarriages of justice. Addressing a meeting of the group in the House of Commons last week, Lucy Powell MP pointed out that there had been no successful appeals since the Supreme Court ruled that the controversial law had taken ‘a wrong turn in 1984’. 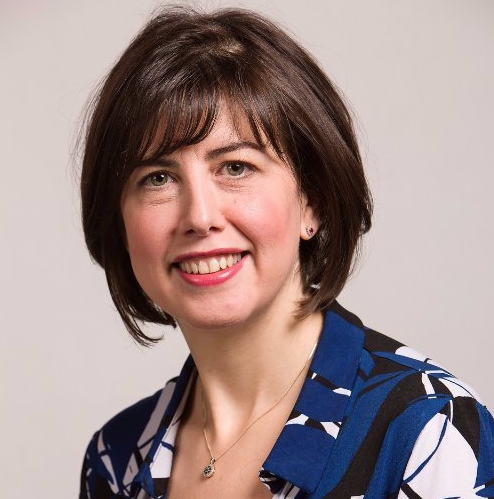 The Labour MP for Manchester Central was speaking last week ahead of the three year anniversary of R v Jogee in which Lord Neuberger said it was ‘the responsibility of this court to put the law right’. ‘Joint enterprise started out as a policing tactic and then a prosecution tactic and has been used in an almost lazy way of not having to meet the evidential bar, especially in very serious offences,’ Lucy Powell said.

‘The courts took a wrong turn in 1984. This court is always very cautious before departing from a previous decision. It is the responsibility of this court to put the law right.’
Lord Neuberger, President of the Supreme Court, February 18, 2016

The chair of the all party group Barry Sheerman MP announced that there would be commission on miscarriages of justice which would be taking evidence from the victims of miscarriages and their families. The funding for the commission is to come from a US law firm. There was an AGM before last week’s meeting attended by the Conservative chair of the justice committee, Bob Neill, Conservative MP Crispin Blunt, Labour’s Lucy Powell and Ellie Reeves and the cross bench peer Baroness Vivienne Stern.

Lucy Powell told the meeting that ‘over half of those serving life sentences under joint enterprise are from BAME backgrounds; over half of them are under the age of 25 and many under the age of 18 years’. She spoke about a case in her constituency in which 11 young black men from Moss Side faced charges of murder. Seven of them were convicted of murder and four of manslaughter. The youngest was only 14 and many of them were not previously known to the police. ‘The vast majority of the young people and children serving life sentences are there because of joint enterprise,’ she said. ‘We have in excess of 350 lifers under the age of 18 and, in the whole of the rest of Europe, there are two or three.’

Powell paid tribute to the campaign group JENGbA (Joint Enterprise Not Guilty by Association) for putting the issue on the political agenda. JENGbA is to hold a demonstration outside the Supreme Court next Monday on the three year anniversary of the Jogee ruling. ‘The Supreme Court said that over a 30 year period the law has been wrongly interpreted. So you would think that many cases would warrant an appeal,’ Powell said.

In November last year the Court of Appeal dismissed the case of Laura Mitchell which, as Powell noted, many lawyers and campaigners regarded as ‘really low hanging fruit – an obvious case that warranted an appeal’.

‘The judiciary, the police, and the prosecution don’t want to give a chink in the armour that something has gone wrong. It would open the floodgates on many dozens, if not hundreds of cases of miscarriage. So they’re closing ranks and, as a result, nothing is getting through,’ Powell said.

The MP argued that politicians now needed to step in where the courts have failed.

‘We’ve come to the conclusion in Parliament – many MPs across parties who have been been working with JENGbA for years – that the law needs to change. We need to rectify the law because it is not happening by itself through caselaw.’
Lucy Powell MP

Glyn Maddocks, a lawyer who specialises in criminal appeals and who helped set up the all party group, said that ‘the Supreme Court opened the door and the Court of Appeal closed it’. ‘That is what the Court of Appeal does. It’s not just with joint enterprise cases but with lots of other cases and that feeds back to the Criminal Cases Review which, in turn, is very reluctant to refer to the Court of Appeal. The Court of Appeal is one of the major problems.’

JENGbA’s Deb Madden called on parliament to act. ‘We have sat in appeal after appeal. They aren’t looking for justice. If the Supreme Court in the Court of Appeal are closing ranks and protecting their own, change has to come from Parliament. We need firm action on

There was also frustration at this month’s ruling of the Supreme Court in the cases of Sam Hallam and Victor Nealon. The two men had their convictions overturned but were denied compensation by the Ministry of Justice on the grounds that they were unable to prove their innocence. The Supreme Court justice rejected their argument that the compensation regime introduced in 2014 contravened the presumption of innocence.

Sam Hallam’s lawyer Matt Foot said that the ruling represented a ‘nadir’. ‘According to the system that we have now, there are no miscarriages of justice. Nobody last year received compensation for a miscarriage of justice – so that means there aren’t any,’ Foot said. ‘That is how the system has decided to deal with this problem by hiding it.’

The test case was ‘not about the money’, he said. ‘Yes, it’s important that people get a step back up in society. But that’s not the point. Sam Hallam isn’t even identified as a miscarriage of justice. How do you begin to move on in prison when you are stuck inside for something you didn’t do?’ The Supreme Court ruling ‘cemented the fact that they are not going to recognise anyone who cannot prove their innocence’. ‘Nobody in this room could prove that they did not do that murder – least of all Sam,’ he added.

‘You can claim compensation if you trip over a broken paving stone in this but if you’re wrongly, and knowingly wrongly imprisoned, you can’t claim compensation,’ said JENGbA’s Deb Madden. ‘We are at a real breaking point in this country. We need action from parliament. We have had prisoner committing suicide and family members committing suicide because they don’t see any hope.’