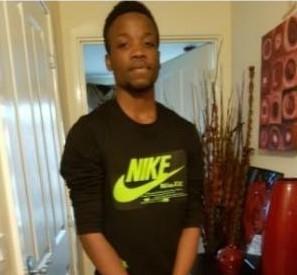 If you ever doubted anyone that’s called out Home Office’s policies for being callous, flawed or racist, you’d only need to look at the case of Osime Brown for a sense of why such claims arise, writes Raoul Walawalker.

Osime Brown is a young black man who’s learning-disabled and profoundly autistic; his reading age is that of a young child. He served over two years in jail for a crime he didn’t commit, and could be deported following a judicial review next Wednesday to Jamaica, where he’s never been since the age of four, knows no one, and would very likely die.

Beyond the stress that a vulnerable man with learning difficulties would feel being wrongly jailed, abused while detained, wrongly stripped of his right to remain in the country, and made to live under prolonged fear of deportation and risk to life – it’s difficult to say which particular point of injustice to highlight the most. There’s many.

The toll of the decision on him has caused all the hallmarks of anxiety, PTSD with tendencies to self-harm. But in his case, he’s at least had the advantage of some determined helpers – his mother, and a number of campaigners who’ve alerted and gained growing support from MPs and the public. A petition to stop his deportation now has over 400,000 signatures.

As of 7pm last night an organised Twitter storm raged. Physical protests are due to take place in London tomorrow – a march from Home Office to Parliament Square at 12pm. Campaign groups in other cities have also announced organised marches too, and some well-known figures have committed to speaking – including Labour MP John McDonell and journalist and activist Owen Jones.

Osime Brown is a 22 year old with severe autism and a reading age of between 6 and 7. He faces deportation to a country he knows nothing about.

I’m proud to speak at this demo in his support on Saturday at 12pm. Please spread the word. pic.twitter.com/NPvfuVHM2e

From the broadest ethical point of view, the injustices of Osime’s case are multiple, beginning with the broadest – the question of double punishment itself. The idea of sending back ‘foreign criminals’ even if they’ve already served their sentences is beloved by right-wing media (who our government loves to please) but it’s essentially additional layer of punishment and possibly very dangerous – multiple deportees to Jamaica have died or been killed there.

In Osime’s case, he was jailed in 2018 for theft of a mobile phone, even though both he and witness for the defence have stated he didn’t take the phone.

His charge, however, is the result of a law that’s becoming increasingly controversial and seen as flawed and prejudicial – joint enterprise law, a common law doctrine that enables a court to convict a person that didn’t commit a crime but may have been present and aware that a crime would happen.

A key problem and worry over the doctrine is over its misuse by which people who may have been within a group or present at a crime but unaware of an intention to commit a crime, have been prosecuted. According to Joint Enterprise Not Guilty by Association (JENGba), a group that campaign, the instances of this happening are notable. ‘With help from the media, there is a shared incorrect narrative that the Joint Enterprise doctrine is about gangs, broken Britain and the ‘alleged’ feral youth that needs to be served justice,’ says JENGbA. ‘People can be wrongly charged and convicted when they have been within close proximity of a crime, have a random connection with the actual perpetrator or via text or mistaken phone call or they might not even have been at the scene of the crime.’

Along with the questionable doctrine that may have misused, the question of racism hangs over the case too – the effort to reduce perceived ‘gang’ crimes and criminals has also led to a high number of wrongful convictions of black and minority ethnic people with the recurrent concerns that the law is being used racially.

The fact that Osime has a range of learning difficulties naturally raises the issue of ableist discrimination, and, as of last year, over a hundred public figures had written to the Home Office urging it to halt the deportation. Ultimately, the fact that the deportation hasn’t already been officially called off is indicative of just how far away from basic human decency our Home Office has been moving and home much of a re-think is needed.

Raoul Walawalker is a freelance journalist who also writes for Immigration News, part of a network of UK and Ireland immigration lawyers

Our print magazine is Proof. Contributors include Michael Mansfield QC, Bob Woffinden, David Rose, Eric Allison and Ian Cobain.
Buy Proof Magazine
The latest issue (Why legal aid matters) includes Helena Kennedy QC and Martha Spurrier in conversation, David Conn on the legacy of Hillsborough - plus how to build your own law centre.
Raoul Walawalker is a freelance journalist who also writes for Immigration News, part of a network of UK and Ireland immigration lawyers

#Jamaica50 deportation flight leaves with just four people…
Family of Mohamud Hassan fight for justice as police…
#Jamaica50: ‘My kids are British nationals. Why should they…
#Jamaica50: 'Our belief about our place in this country has…
#Jamaica50: Deportation charter flights and access to…