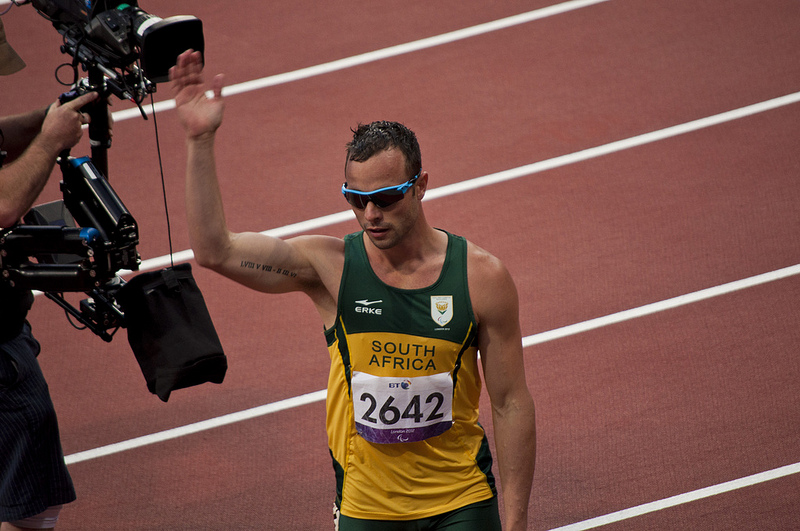 In a dramatic first day of the trial of Oscar Pistorius for the murder of his girlfriend Reeva Steenkamp, the world’s press reported the testimony of a neighbour awoken by the a woman’s blood-curdling screams in the early hours of 14 February 2013. But how will the South African justice system stand up to scrutiny?

‘What they were expecting from the Pistorius trial – not entirely unfairly, given the chaos around his bail application last year – was a disorganised mess of a justice system. On Monday – and likely for the rest of the Pistorius trial – South African justice veritably shone. The only pity was how sharply that contrasted with the common reality.’
Phillip de Wett, Mail & Guardian

The international media is looking upon the trial as a test case for South African justice. Is that fair?
“One must be careful when criticising a justice system that has stood the test of time. From a constitutional perspective, we are almost 22 years into a new dispensation in this country. We have a constitution which is regarded as one of the best in the world and, thus far, it has stood the test of time.”

Trial by jury was scrapped in South Africa under apartheid in 1969. The case is presided over by a single judge, Judge Thokozile Masipa, helped by two “assessors”. How does that work?
“We do not have the jury system, we have measures in place to address that shortcoming. There is no legal system in the world that cannot be criticised. In comparison to other jurisdictions, where there people sitting on a jury system there are sometimes concerns about the impact, for example, of hearsay and inadmissible evidence. It cuts both ways.

In this instance, the judge has decided to appoint two assessors to assist her reaching a just conclusion. Very often the people who sit as assessors are comparable to members of a jury. The courts do take into consideration that they need a different perspective: a certain cultural influence or the perspective of the man on the street.

One must be careful not to say because there is a single judge presiding over the matter, that is the end of it. There are a lot of options in the post-trial phase, the possibility of review and appeal hearings up to the supreme Court of Appeal and ultimately to the Constitutional Court. Every single aspect of the trial will be analysed and scrutinised to make sure that justice has prevailed at the end of the day.”

What of the judge? Judge Masipa worked as a social worker and a crime reporter before being appointed judge in 1998. She was the second black woman to become a High Court judge. Although the justice department insisted her appointment to the case was routine, it has been well received by activists who have adopted Miss Steenkamp as a poster girl for their campaign to end widespread domestic violence in South Africa.
“Judge Masipa is the second most senior female judge in our country. The mere fact that she is somebody who has been outspoken on gender-sensitive issues does not necessarily imply that Oscar Pistorious will not get a fair trial at the end of the day. Unfortunately, we have a history of family and gender-related violence in our country.”

The high court judge, Dunstan Mlambo, granted permission for media groups to install the cameras in “unobtrusive” locations and a live audio feed of the proceedings is available throughout the trial (with restrictions imposed if witnesses object). Mlambo said South African democracy was relatively young, and acknowledged that “the justice system is still perceived as treating the rich and famous with kid gloves whilst being harsh on the poor and vulnerable”.
“The bottom line is that the case itself is unprecedented. This is the first time that I am aware of that the High Court has allowed TV cameras in court for a start. To that extent we have a precedent now set by a very senior judge Mlambo – the judge president of the Gauteng division of our court.

I do not think it is a problem per se.

It shows the world that we have nothing to hide, that our country is open to international scrutiny and that our justice system can be compared to the best in the world. We have a constitution that allows access to our courts to the public.

There is always a downside to every right – in this instance, the privacy of some of the witnesses and the fact that witnesses can influence each other by watching the trial over the media.”

Day two came to an abrupt halt at 9.53am as the prosecutor told the court that a still photo of the witness’s face was being shown despite an order that her face should not be broadcast. What happened?
“One of our local Afrikaans newspapers published a photo of the first witness (Michelle Burger). It was not taken in court but was taken from a Facebook profile. The question arose whether there should be absolutely no photographs shown irrespective of when it was obtained, not necessarily during the trial. The judge ruled in this regard no photographs must be published of the witnesses unless they have consented to them.”

In your opinion, how did day one go?
“I was concerned about the level and quality of interpretation. Being an Afrikaans-speaker myself, I thought I could have done a better job.I would have thought advocate Nell [the prosecutor Gerrie Nell] might have prepared a longer introduction to better assist the rest of the world and explain to them how he is going to go about prosecuting this matter. It was short and sweet. Also, I was concerned that we did not start on time but an hour and a half late. That is not quality justice… But I think this will probably be a textbook trial. Im assuming that the international and local media will be scrutinising every moment in court.”