One nation is not built upon injustice, Mr Gove

One nation is not built upon injustice, Mr Gove 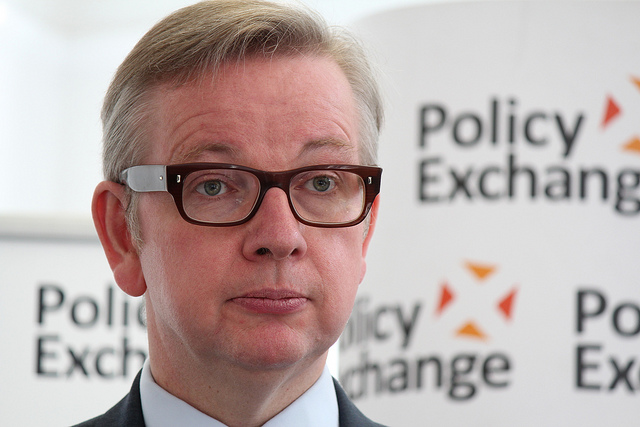 Michael Gove’s speech yesterday at The Legatum Institute was strong on eloquent references to ‘One Nation’ justice and the rule of law. It was also very persuasive in arguing for a direction of travel towards the recommended reforms suggested in the Leveson review of efficiency in criminal proceedings. Unfortunately as it signalled no serious intent to reverse the present disastrous policy towards criminal legal aid it has largely been greeted on all sides with incredulity.

Lord Leveson’s report was welcomed by solicitors. They have been calling for years for a major overhaul of the criminal justice system. We are also victims of inefficiency within the system. Dysfunction has always been present but underfunding has exacerbated the problems to the point of near meltdown. Lord Leveson made many useful recommendations but at the heart of the report lay two main features:

So overall when Leveson refers to the need for ‘overarching case ownership and responsibility’ to whom does that generally fall? To the solicitor who has had conduct from the outset.

Now turning to the drive to Leveson’s technology point – to whom, in the main, is that expensive drive going to fall upon to deliver for defendants? Yes, the solicitor. What did Leveson say about the high cost of provision of IT? He said:

‘I have acknowledged the ever decreasing sums available and, in particular, the impact this has had on remuneration rates for defence lawyers. Part of the solution to improving the efficiency of the whole system is to acknowledge the critical role that the defence can play whether in relation to advising clients as to discount and the benefits of entering an early guilty plea or obtaining instructions to identify the true issues in dispute.’
Lord Leveson

That is not a very subtle hint is it?

Leveson knew that hard pressed legal aid firms were going to find it difficult to fund the necessary investment in IT to gain the returns on savings only solicitors can achieve (trusted by their clients as they are) with their ‘overarching case ownership’. What has been the government’s practical response to Leveson? Despite all the mass of evidence warning them not to do so, they have cut and cut again legal aid rates to the point where most practitioners are seriously threatened. So the cost-saving Leveson reforms Mr Gove calls for in his speech are undermined by the MOJ’s short-term and short-sighted scorched earth policies. This is not a credible position at all.

Neither is it credible in that context for Mr Gove to waive the banner for ‘fairer Justice’, the ‘rule of Law’, ‘Magna Carta’ or to complain about the inequality of our system by reference to a ‘wealthy class buying a gold standard of justice’. Mr. Gove refers to ‘victims and witnesses’ being let down by the system. That is true. I also appreciate this will ‘tickle the tummy’ of Daily Mail readers but he should remember the stress caused to defendants by delay entirely beyond their control. Here is the point. The repeated cut to legal aid has already reduced the number of firms and advocates specialising in crime. The number of unrepresented defendants from all backgrounds will soar as they fail to find a legal aid lawyer. This will impact dramatically upon the Bar whose instructions from solicitors will dry up.

The inevitable destruction of solicitors firms will completely undermine the Leveson recommendations. How will unrepresented defendants be able to cope with the IT requirements of the system envisaged? How will the CPS be able to agree evidence at remote or non-remote case management hearings in any effective way?

I also wish to protest in the strongest terms at the way Mr Gove seems to have swallowed the propaganda of the senior Bar in return for their abandonment of their own members democratically expressed desire to fight for legal aid. He refers to making sure ‘that the criminal bar were protected from further cuts so that the high quality advocacy they provide could be supported’. This may not be a deliberate insult to those of us who are proud to be solicitor advocates but it definitely feels like one. We agree with Sir Bill Jeffrey’s comment in his report that there are ‘very capable solicitor-advocates, and some very poor barristers’.

It would serve Mr Gove well to remember that. We welcomed the Jeffrey report and embrace the challenges he put before us, recognising the need to adapt and raise standards for all. But for Mr Gove to protect ONLY the bar from cuts as if solicitor’s extraordinary skilled work in the courts at all levels and the police station were not worthy of protection is outrageous and unacceptable. We suggest Mr Gove asks Lord Leveson if he has concerns over the impact of the cuts to us upon his proposed reforms. We cannot believe he will not be troubled.