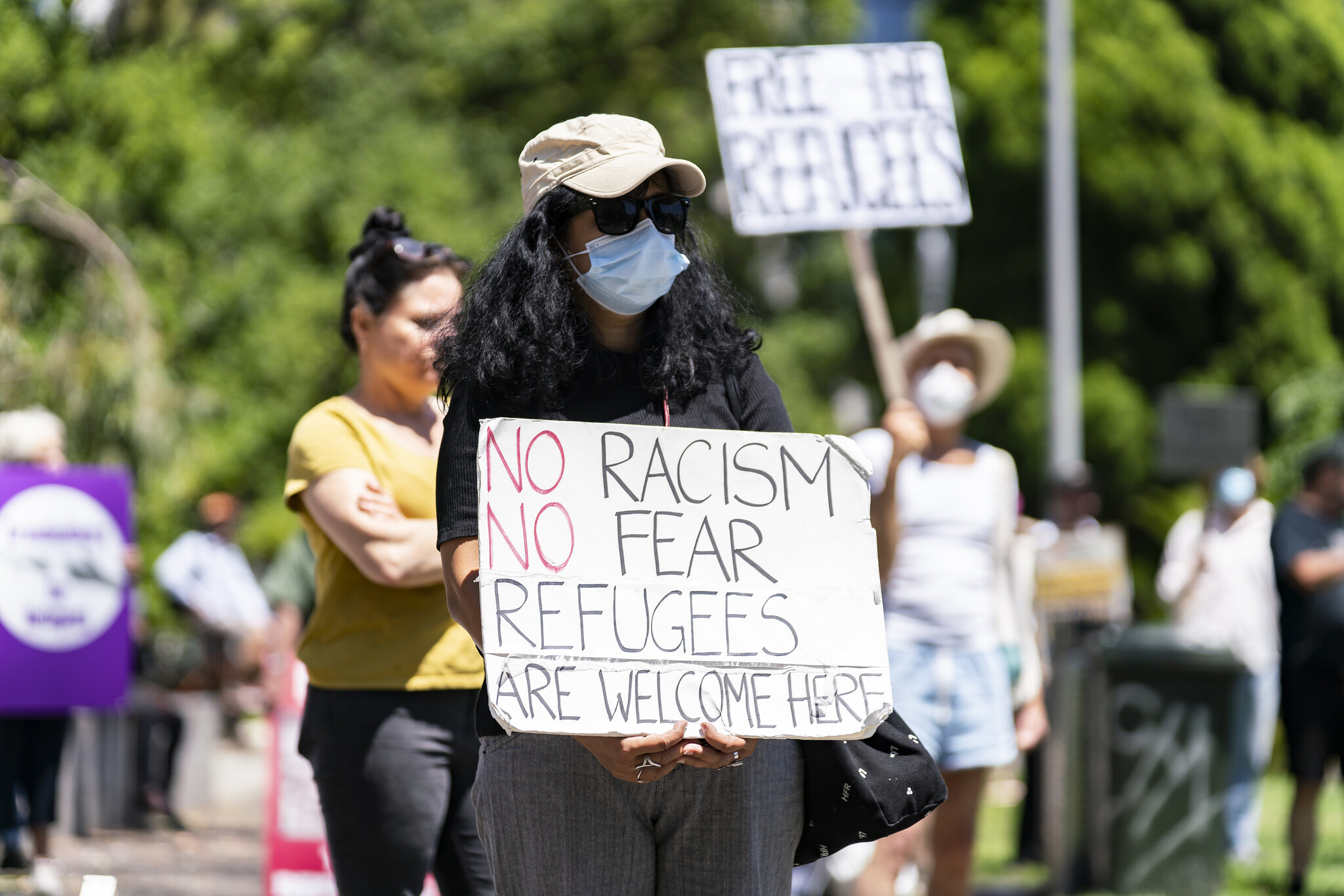 Novak Djokovic is a difficult man to love. For all his humbling of himself before the crowd at the end of his victories, blowing kisses and bowing to the four corners, it all comes with an air of obsequiousness.  He is too desperate to be loved, too desperate to be adored, too desperate to be Federer or Nadal – or at least to command the universal acclaim that his two rivals inspire.  It doesn’t take much to imagine the resentment Djokovic must have felt when Federer won ‘fan favourite of the year’ for the 19th time in a row in 2021, despite hardly gracing a centre court for the whole of the year.

For many fans, there wasn’t anything specific they could put their finger on that explained this apathy, if not antipathy. It wasn’t just that allegiances had already been forged with Roger or Rafa, or that Djokovic did anything particularly offensive or grating. There was simply something ‘off’.  That is, until the pandemic hit.  Here, Djokovic’s personality – not least his purity obsessed mysticism – pushed him towards society’s covid-sceptic fringe, confirming what many fans already felt.  Despite the threat of the pandemic, he hosted a tournament in Zagreb, putting few Covid-measures in place (several players subsequently contracted the coronavirus); he implicitly condoned his wife’s conspiracy-laden accusations linking the vaccine to 5G ; and he became a poster boy for the anti-vaxxers, refusing the vaccine himself and then seeking an exemption to enter Australia for the first grand slam of the year.

It is this exemption that, for many, was the final straw.  It was too selfish and too arrogant, putting the Tennis Australia authorities in the difficult position where they had to either refuse one of the greatest tennis players of all time entry into the tournament, or somehow carve out an exemption that would objectively incorporate Djokovic while excluding most others.   This was something which Craig Tiley, the director of the Australian Open, must have thought he had done, with Djokovic announcing that he was heading to Australia while remaining conspicuously silent on his vaccine status.  But what Morrison had not counted on was the Australian Border Force, who, teeth bared and guns drawn, patrol Australia’s frontier.  Border force officers, unhappy with the reasons for his exemption, which may have met Tennis Australia’s and the state of Victoria’s standards, but fell short of federal expectations, treated Djokovic not as one of the most famous and successful men on the planet, but like any other immigrant seeking entry into the state.  His visa was suspect, and so he was summarily detained, having been given the choice between that or immediate deportation.

Rather than luxuriating in the mansion, complete with practice tennis court, he had rented, Djokovic found himself confined to quarters.  His appeals for house arrest were curtly refused, and he was left to languish in Hotel California, cheek by jowl with other immigrants who had fallen foul of the Australian border regime.

What is truly noteworthy about this case, however, is how quickly Djokovic earned his freedom.  Australia’s immigration system is notoriously punitive, and the courts have done little to intervene, bending over backwards to defer to the increasingly penal-like conditions that various conservative governments have imposed.  Even now, if Australia’s immigration minister is so-minded, Djokovic’s visa can be unilaterally stripped and a three year ban imposed, with the Australian courts likely happy to sit by and watch it all happen.  Being a international superstar may not have saved Djokovic from the hands of the Australian border force and the remorseless character of Australia’s immigration system, but it certainly saved him from the worst of immigration detention.

Much like Ashers Bakery case drew attention to the prohibition against gay marriage in Northern Ireland, or Sarah Ewart’s case drew attention to the illegality of abortion there, Djokovic’s confinement has turned the eyes of the world towards Australia’s immigration system. Like him or loathe him, the High Court judge was right to order Djokovic’s immediate release, and for those who want to see broad change to the workings of international law, a decision from the immigration minister to deport Djokovic would be a godsend. It would highlight the appalling abuses that executives with potent control over their borders can inflict, and the consequences of the lack of meaningful oversight or scrutiny.

Unfortunately for those of us who would favour such reform (and who would like to see Federer cling to the joint grand slam record), the latter seems particularly unlikely.  Djokovic has resumed practising on Rod Laver Arena – screened off from the shutter of the photographers’ cameras – and it would be a bold government willing to enter into the ring for another round, whether in the High Court or the court of public opinion.

But what Djokovic could do – particularly if he wanted to win favour among many of those who condemn him for his vaccine stance – is take a stand against immigration detention and the conditions many of the asylum seekers and unlawful immigrants are kept in. Rather than remaining mute in his press conferences, facing a relentless, unanswerable barrage of questions on why he attended a children’s tennis event the day after being positively diagnosed with Covid, he could shine a spotlight on the conditions he was kept in.  His parents, after all, were willing to amount it to ‘torture’, and Djokovic attempted to have food cooked by his own personal chef couriered in.  Even if he hadn’t already been notorious among professional tennis players – hardly a group known for their lax eating habits – for an abstemious diet, he would have doubtless made the same request.  But the real issue is not that tennis players have a particularly demanding diet, but that the food was unfit for human consumption.

Equally, Djokovic’s treatment at the hands of the border force was dystopian. Rather than give him access to a lawyer and the benefit of time to respond to the allegations, he was summarily detained – a key reason for the judge ordering his immediate release. And if this is how the border force treat someone like Novak Djokovic, imagine what they must dole out to those less fortunate, not least those attempting to enter Australia from across the waves of the Indian Ocean.

Djokovic got exceptional treatment. But there was nothing in his treatment that was exceptional. He was was arrested, received legal advice, and had a prompt hearing, resulting in his release.  This should not be the anomaly, but the rule, whether for Australia’s immigration system or for our own. For while our border force may be lacking the munitions of Australia’s, and while our judges may be (I optimistically use the present tense) more willing to scrutinise executive action, our immigration system looks more and more like Australia’s every day that Priti Patel continues to push forward the agenda set by Theresa May.  Nigel Farage may be popping up as a supporter of open borders now, but there is nothing in Australia’s response that he was not campaigning for in the Brexit debate.  Maximal executive control over borders, with little to no oversight from the legislature or the courts, and with rights noteworthy only in their breach.

If Djokovic truly wants to be loved as Federer or Nadal is, this is the line he should pursue. He should use the rest of his time in Australia- and his likely 11th victory in the Aussie Open – to beat the drum for immigration reform.

Why Novak Djokovic’s treatment should be a wake-up call
‘Anger, fear and resentment’: prisoners speak out…
'Logistically moronic': Priti Patel looks at…
Inmates at HMP Maidstone not received any contact…
Freedom, reason and Covid-19