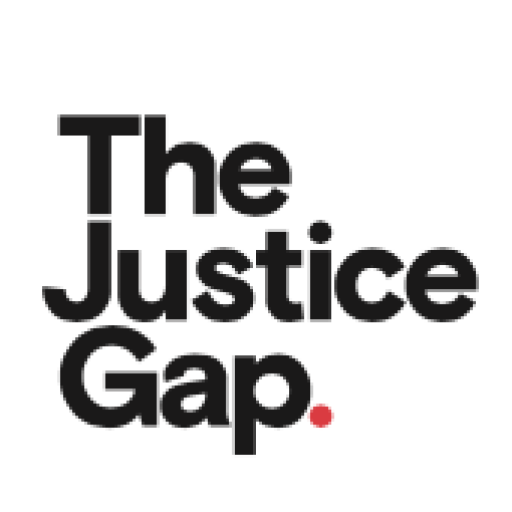 Not a penny has been paid out in the last 12 months in compensation for the wrongly convicted under a scheme that has been accused of ‘compounding the trauma’ of victims of miscarriages of justice. In a response to a freedom of information request made by the Justice Gap, the Ministry of Justice has revealed that no compensation had been awarded in the last 12 months. This is the third year since the Coalition government restricted payouts with the introduction of its Anti-Social Behaviour, Crime and Policing Act 2014 that no money has been paid out under what is known as the section 133.

Only a total of eight payouts have been made under the new arrangements which are presided over by the former high court judge Dame Linda Dobbs. The government last week re-appointed Dame Linda as Independent Assessor for Miscarriages of Justice for a second five-year term. Her role is to determine the level of compensation to be paid once the Ministry of Justice has decided that the eligibility criteria is met.

To put this into context, in a two-year period from 2007 to 2009 the Ministry of Justice paid out a total of £20.8 million in respect of justice 19 applications granted and 78 applications received. In 2006, the New Labour government axed the old ex gratia scheme under which those payouts had been made leaving just the ‘section 133’ statutory scheme which was then costing over £2 million a year to run and typically benefited about 10 applicants a year.

The Coalition government further undermined the less generous section 133 scheme with its 2014 legislation which restricted payouts to those people who could demonstrate their innocence ‘beyond reasonable doubt’. As it went through parliament, the proposals were heavily criticised for effectively reversing the burden of proof and were described by Baroness Helena Kennedy as ‘an affront to our system of law’.

The post 2014 scheme is presently being challenged in the European Court of Human Rights by Sam Hallam and Victor Nealon, who spent a total of 25 years wrongly convicted (their cases have featured regularly on the Justice Gap – see here). Nealon’s conviction was overturned by the Court of Appeal in 2013 after spending 17 years in prison. He had his conviction for attempted rape overturned after DNA testing pointed to another attacker but was still denied compensation. Sam Hallam became one of Britain’s youngest miscarriage of justice victims when, at 17 years of age, he was convicted of murder after a trainee chef was stabbed during a fight in London. Hallam spent seven years in prison.

The law reform group JUSTICE is intervening in the case and argues that the new regime is not compatible with the presumption of innocence in submissions seen by the Justice Gap. ‘By requiring a new or newly discovered fact to demonstrate innocence, the UK government is demanding that the applicant overcome an additional hurdle in order to be compensated for their wrongful conviction,’ the group says. ‘After many years, finally having their conviction quashed and being released from prison, it is they that must go on to prove their factual innocence. This cannot do anything other than make the applicant feel like they continue to be presumed guilty. To further accuse individuals in this way compounds the trauma that they have suffered through no fault of their own.’

JUSTICE points out that the section 133 scheme is at odds with the approach of other countries signed up to the European Convention on Human Rights and ‘continues to ignore’ its obligations and the ‘jurisprudence of the Court’ that compensation schemes ‘must not call into question the innocence of applicants who have had their convictions quashed or been acquitted of charges brought against them’.

The group quotes its president, the barrister Baroness Helena Kennedy, in a 2014 debate in the House of Lords who argued: ‘When a case has gone wrong and new material comes to light which changes the whole complexion of the case, and it becomes clear that a jury in possession of all the evidence would have reached a different verdict, those who have suffered should have some compensation.’

‘To expect them to prove that they were innocent beyond reasonable doubt is to add to the injustice they have already suffered. Miscarriages of justice lead to ruined lives. Families are destroyed. People often end up without partners when they come out of prison. They lose jobs and homes. The mental despair and anguish is never fully resolved. That is why they need to have such real help afterwards. People’s lives never go back to how they were. This is where we find, as a decent society, that we have to make amends.’
Baroness Helena Kennedy, 2014

Our print magazine is Proof. Contributors include Michael Mansfield QC, Bob Woffinden, David Rose, Eric Allison and Ian Cobain.
Buy Proof Magazine
The latest issue (Why legal aid matters) includes Helena Kennedy QC and Martha Spurrier in conversation, David Conn on the legacy of Hillsborough - plus how to build your own law centre.
Elliot is a reporter on the Justice Gap and a Longford Scholar and Jon is editor