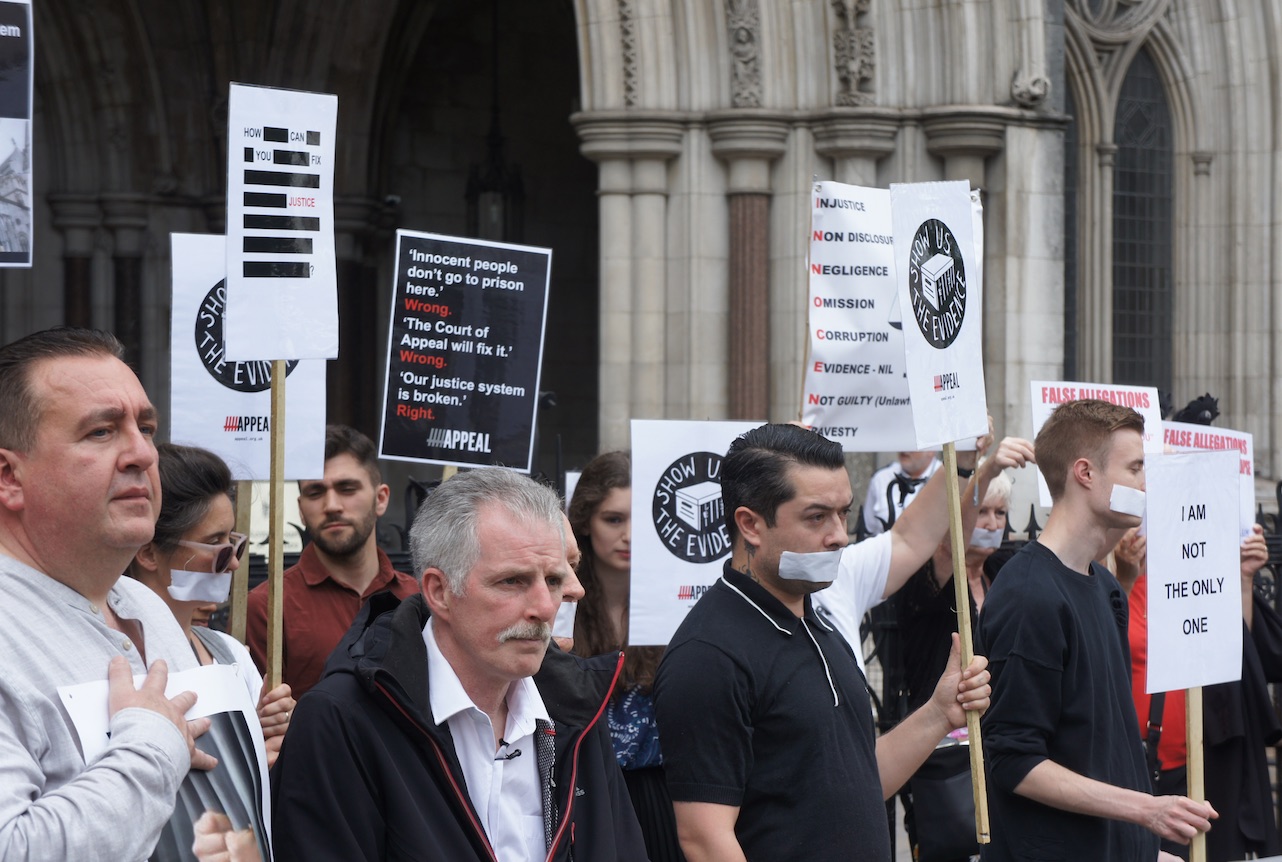 Victims of miscarriages of justice, families and campaigners took part in a silent vigil outside the Royal Courts of Justice yesterday to raise awareness of the problems of non-disclosure in the criminal justice system.

The event was organised by Liam Allan, who faced a lengthy prison sentence after police failed to disclose vital evidence proving a false rape allegation. The demonstration included Eddie Gilfoyle, who spent 18 years in prison for the murder of his wife, and the family of Ben Geen, a former nurse who was convicted of murdering two patients and causing grievous bodily harm to 15 others – both men have always insisted that they were innocent and their cases have featured on the Justice Gap.

Some 60 campaigners stood for a fifteen-minute silence with white surgical tape covering their mouths and signs aloft. 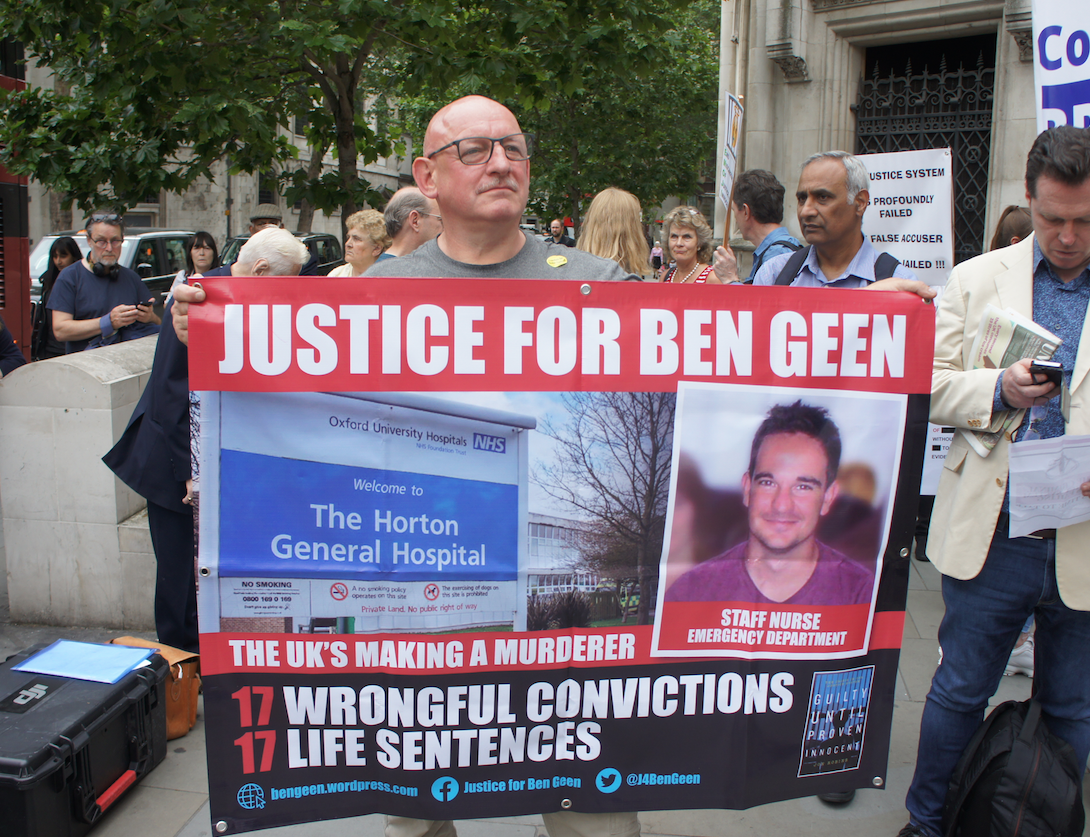 ‘We are being silenced,’ he told the demo. ‘Tape can easily be pulled off. The fact of the matter is, our hands are tied behind our backs and there is tape over our mouths. And there are people with power standing and watching and they won’t take it off.’ Annie Brodie-Akers, co-founder of Innovation of Justice, told The Justice Gap that for the past year, they had been planning a meeting at the House of Commons with MPs and lawyers. ‘They snubbed us and took our idea. They don’t want people who have been through it at the table. They want to do it themselves.’ 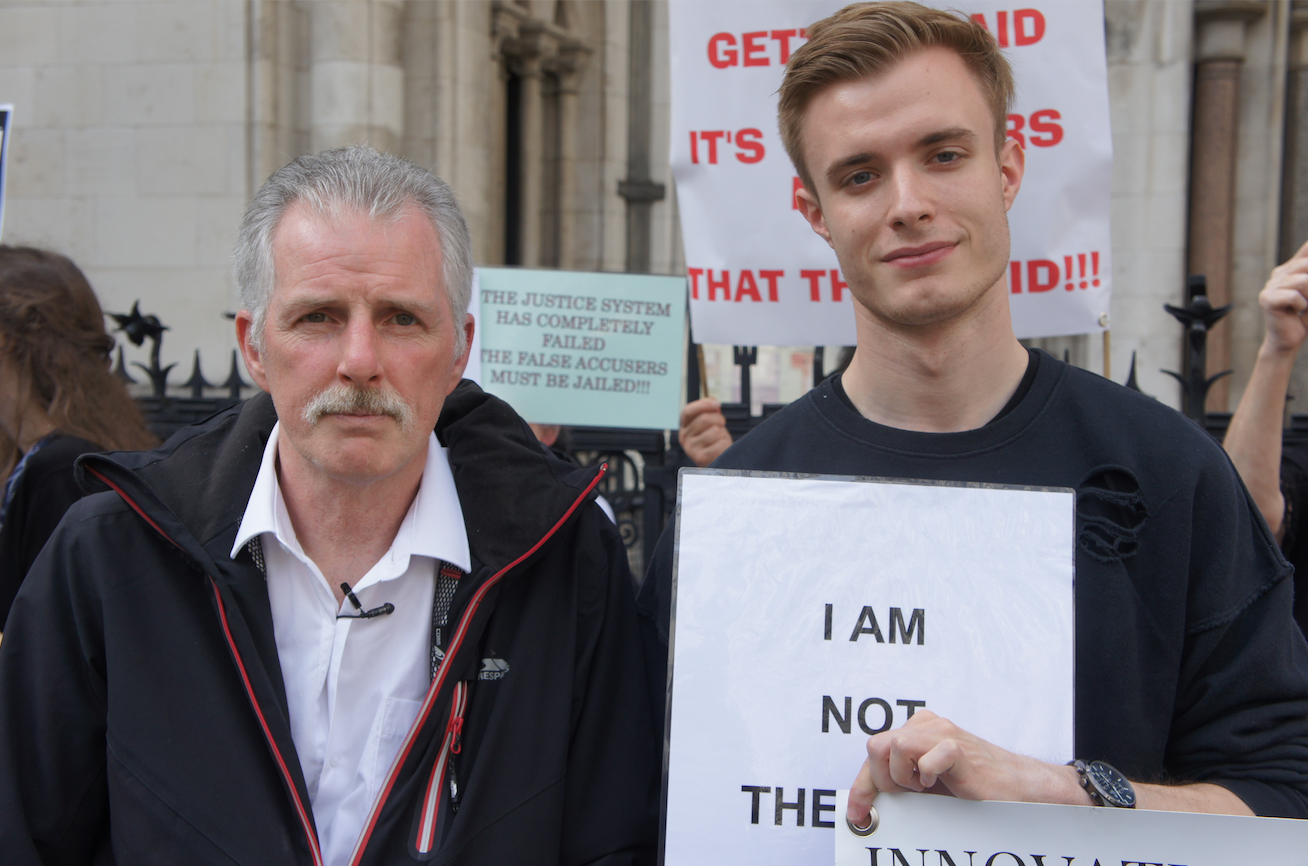 It was almost 20 years since Eddie Gilfoyle was at the Court of Appeal for a second time after a referral from the miscarriage of justice watchdog the Criminal Cases Review Commission. In 2016 the CCRC rejected a new submission in the case. ‘For me it’s traumatising. I came down here in 1995 with evidence that should have got me out of jail, they refused to hear it,’ he said. ‘I came down here in 2000. Again, they refused to hear it. My wife took her own life. I was in work when she died, and the evidence shows that. And I can’t get that heard in this court.  That can’t be right can it? This is the first time I have been in front of this building since then. I should have been out here celebrating with my family on both occasions. And here we are, 27 years later I’m still here, still convicted for a crime that never happened.’

Gilfoyle said that the court had the power to overturn convictions but its judges didn’t listen.  ‘That’s not justice. That’s arrogance, ignorance, deceit, dishonesty,’ he said. ‘The public believes that this place works, I’m telling you it doesn’t. I’m proof it doesn’t.’

Innovation of Justice vigil to be held today
Liam Allan speaks out against campaign to prevent…
Has anyone at the CCRC got the time, please?
Met's efforts to stop Sarah Everard vigil breached…
Liam Allan warns of disclosure failures over plans…