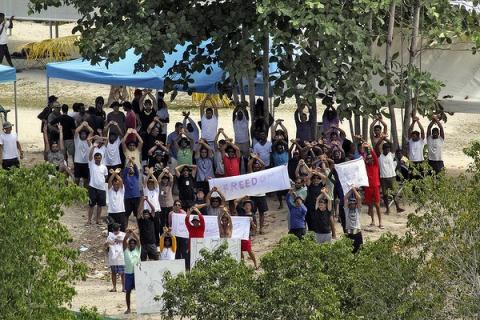 This week, a huge class action starts in the Australian courts, live-streamed on the internet and available to view worldwide. 1,905 current and former detainees on Manus Island are suing the Australian Government and two companies who have been operating the offshore immigration detention facility in Papua New Guinea on its behalf, G4S Australia and Broadspectrum (formerly Transfield).

The claim is brought by a lead plaintiff, an Iranian man, Majid Kamasaei, who was held in the Manus Island offshore ‘processing centre’ for 11 months before he was transferred to Melbourne. When a teenager in Iran, he suffered severe burns to his face, rescuing his brother from a fire. When he arrived at Manus Island his prescribed medications (necessary to keep the scar tissues on his face and neck from cracking and contracting) were confiscated, his condition deteriorated and he alleges that he was denied medical treatment. He claims the lack of treatment was used as a tactic to pressurise him, with staff telling him that he could either return to Iran and resume his medical treatments there – or wait on Manus Island for his asylum application to be processed, with no treatment in the meantime.

Negligence claim
Mr Kamasaei commenced a negligence claim in December 2014, on behalf of all those held at the Manus Island centre between 21 November 2012 and 19 December 2014. The claim alleges that the detainees suffered physical and psychological injuries due to negligence by the defendants in the provision of (a) food and water; (b) accommodation; (c) healthcare services; and (d) security.

The full, horrific details are contained in the pleadings, which are freely available on the Supreme Court of Victoria website. The pleadings state that conditions on the island fell far below Australian standards. For example, although the medical providers on the island instructed asylum seekers to drink a minimum of five litres of water daily due to the hot and humid climate, water supplies were low and there were long delays with access to water, and in December 2013 the detainees could only drink 500 millilitres per day as a result. The pleadings also state that the accommodation was not adequate, with leaking buildings and no appropriate shelter from the heat (daytime temperatures on Manus Island are up to 40 degrees, with no dry season and frequent torrential rain). 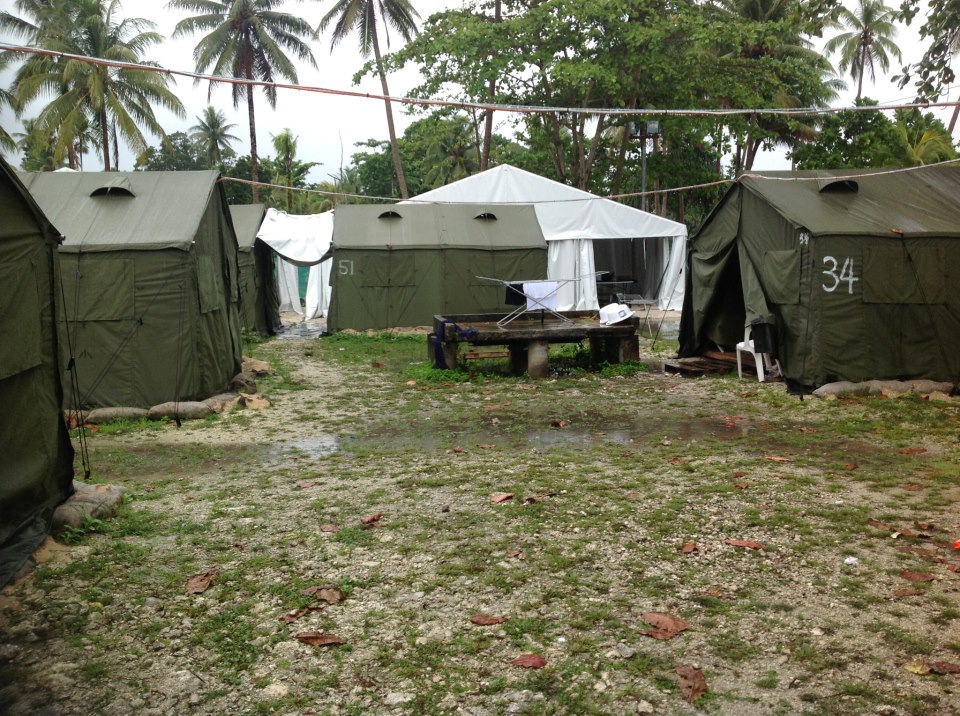 Open justice
This is a huge case, repeatedly described in the Australian press as the largest ever trial concerning immigration detention. It is expected to last for six months. The witnesses due to give testimony include Mr Kamasaei; 41 people currently detained on Manus Island, who may be brought to Melbourne to give evidence (or if not, the Court may sit in Papua New Guinea); and eight people now held in detention centres in Australia, who will testify in person in Melbourne.

The Victorian Supreme Court’s website has a prominent notice directing people to a dedicated webpage which contains the key documents, and links to a live stream to the hearing, which the public can view subject to accepting certain conditions akin to those which would apply were they physically present in the courtroom.  There is also a requirement to include an attribution with any link to the footage (©Supreme Court of Victoria). Justice McDonald’s notice states that the footage is provided for three reasons:

It has been reported that current detainees on Manus Island who are part of the class action will be able to view the proceedings, which is in keeping with the Supreme Court’s aims.  The availability of this live feed has been referred to in many articles about the case, including in the Sydney Morning Herald, the Australian and the Huffington Post, allowing it to reach a wide audience. As well as the Court’s dedicated webpage, the plaintiffs’ solicitors, Slater and Gordon, also have a webpage which summarises the claim and provides links to the key documents, here.

This all means that it will be possible for the press and many members of the public – in Australia, Papua New Guinea and worldwide – to follow and analyse this important case.  This is an impressive example of open justice, allowing public scrutiny of the workings of the courts and a public spotlight to be shone on the murky issue of immigration detention. This is Australia’s shame on a world stage, for us all to witness, to paraphrase my Doughty Street Chambers’ colleague Jennifer Robinson’s brilliant recent op-ed in the Sydney Morning Herald.

This is particularly important given the secrecy which has shrouded Australia’s immigration detention policy, and the focus by the private companies running Manus Island upon the risk of reputational damage. The trial takes place against the backdrop of recent revelations by Guardian Australia about the Manus Island centre management’s ‘all-pervasive fear over outside eyes looking in’ and the scale of surveillance of detainees. For example, documents obtained by Guardian Australia revealed that a media inquiry at the detention centre, or ‘anything likely to cause major media interest’, is ranked as a ‘critical incident’, the same rank as somebody murdering someone or killing themselves, an escape, a fire in the detention centre or large-scale protests. There is an overwhelming public interest in shining a very public spotlight on why these 1,905 people were detained offshore and how they were treated, and scrutinising the Defendants’ arguments and explanations.

Occasionally these cases get substantial coverage.

For example, when the Court of Appeal in July 2015 found in favour of Detention Action in their challenge to the notorious Detained Fast Track asylum process, finding that it was unfair, this was national news (see, for example, the BBC’s coverage here). A number of newspapers (including the Guardian) also covered the High Court’s follow-up ruling in January 2017, when it was held that asylum-seekers were denied justice in detention for ten years: locked up in high security detention centres, they were subjected to an unlawfully unfair process which imposed unrealistic deadlines to obtain evidence and lodge appeals. Both the inquest and the criminal trial which followed the death of Jimmy Mubenga, an Angolan man who died during a deportation while being escorted by G4S security guards, were widely reported.

Other cases are not heard in secret, of course: they are heard in open courts and the resulting judgments are available on Bailii and other websites for those who seek them out.  These cases often have horrifying facts, about distressed and mentally ill people being detained despite there being risks to their lives, or the use of force on pregnant women. There are a number of lawyers who gather examples of immigration detention cases together, such as, for example, Bhatt Murphy’s excellent page dedicated to the topic, which summarises their groundbreaking cases in the field (available here), and Bail for Immigration Detainees, the Free Movement Blog and others also provide regular updates on developments in the courts, drawing attention to the plight of the many people detained in centres here. INQUEST has also been monitoring deaths in immigration detention centres and immigration reception centres and prepare press releases and summaries about these inquests.

However, the wider public do not see or hear about these cases. They are often not covered in the press or by broadcasters at all, even when there is a highly critical judgment finding the most serious of failures by the Home Office or private companies. These cases are never filmed and available for the public to view. There has been a long-standing ban on cameras in courtrooms in England and Wales, with some changes in the past decade allowing filming at appellate level. Almost all of the Supreme Court’s proceedings have been filmed since it opened in 2009, and there is online streaming of Supreme Court hearings and judgment hand-downs on its website, and a video archive.

Since 2013 there has also been some filming in the Court of Appeal, following many years of campaigning by the BBC, ITN, Press Association and Sky News. But there is no equivalent in the lower courts, even for significant cases which raise substantial concerns in the public interest. The Manus Island class action is – as it would be here – a civil claim, a trial at first instance, and many of the key cases here are judicial reviews which never progress beyond the High Court. None of these cases are filmed. And in none of these cases is there a routine system to ensure that the press or public can have access to the key court documents.

Despite these constraints, some investigative journalists have done superb work to reveal the appalling conditions in immigration detention camps. For example, in March 2015 Channel 4 News broadcast shocking footage from Yarl’s Wood and Harmondsworth. More of these stories need to be told. This week, when the world’s eyes are on the Australian immigration detention system, we should remind the press and public about what is happening to the thousands of people held in immigration detention here in the UK.