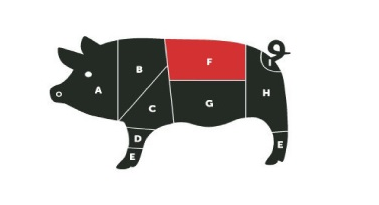 ‘I come here with no expectations, only to profess, now that I am at liberty to do so…’
Jane Austen, Sense and Sensibility

It has been a surreal few weeks.

Much trumpeted transparency has revealed that police chiefs are still receiving bonus payments – having at the same time admitted that they are ‘hapless and clueless‘ when it comes to cybercrime; the NHS chief executives are running expenses into the hundreds of thousands, as the new measures are being urgently discussed to increase National Insurance contributions – in order to plug a black hole (estimated to be heading towards £30 billion a year in the health finances); and, lastly, another big scandal is heading for Parliament, this time in the shape of corporately funded All Party Parliamentary Groups – hot off the heels of PIE, a raft of expenses and lobbying scandals, the big SERCO/G4S fraud allegations and yet more dining club disasters.

What question it leaves though, for a normal bloke like me, is: what makes people corruptible?

I can’t do anything but look inwards, in some vague hope of extracting an answer to this – having been proudly involved in exposing the defects in police recorded crime (and having been scared half to death walking into the select committee evidence session).

I wasn’t born into a rich family, we lived in a council house, we rarely had cash; there was constant financial pressure on my parents. In my own life, in particular over the last couple of years – during which time I was blowing my whistle in the only way I could – there have been disasters. It was only in the early months of last year that we finally surrendered and handed the keys to our house to the bank; we have a mountain of debt that we may never pay off and household bills that are now over the tipping point of what we can afford. It wasn’t that much rosier ten years ago, when I first joined the police, and yet…and yet: even as a probationer, stood alone in a crack house bedroom with a suitcase full of used notes, never once did I contemplate taking the cash.

Why is that? How does that even work, when the traditional view of corruption is that it is my bracket of person, my class if you will, who is the most open to taint? I am what strategy documents practically set out as the ‘ideal candidate’ for corruptibility, and yet I did the opposite.

Fundamentally, I guess, it’s because when you have no status, nothing left to lose and wouldn’t wish what you’ve been through on anyone else: a gain made by fucking somebody else over is simply not one worth making. Conversely, if you are someone who has never felt that kind of pain, it must be terrifying enough to make you avoid it by any means. Either that, or you are simply an A-class prick.

There are many of us in the same boat as me, a majority in fact – those who have tight belts, sore waists and are frankly pissed off with being mugged off by people in significantly better positions… yet we aren’t the ones doing anything that has been reported recently. These are people that we have placed a societal expectation of correct behaviour upon and they have let us down by abusing that gift.

The one saving grace is that power is cyclic, it shifts. In fact, we are now the ones holding the strings of the future as the general election approaches. There is an opportunity for us knock some of what’s happening on the head; to lead by the example we set at the ballot box. This one is on us, our bed to make and lie in – and a bad choice can only act as a mandate for the continuance of bonus payments, expenses and lobbying.

I suppose, if we are really worried about corruption and corruptibility, that we have part of the cure for it within our own means.

I suppose it is true then, what Winston wrote in his diary: If there is hope…it lies in the proles.

But maybe it is just me.

‘He wondered, as he had many times wondered before, whether he himself was a lunatic. Perhaps a lunatic was simply a minority of one.’
George Orwell, 1984

HMP Erlestoke: Prisoners held in cells without…
Patience is 'running out' with Covid rule-breakers
Twice as many criminals involved in gangs as there…
Covid-19 update: Jury trials to resume from next week
The non-treatment scandal and the 'hidden' victims…