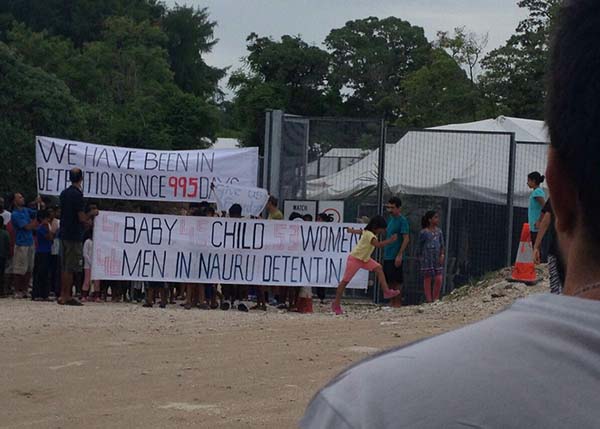 ‘Blue sky thinking’ is the government’s defence to the troubling leaks that have made their way out of Priti Patel’s Home Office.  If the ideas coming out of the department were definitely original, albeit a little alarming, this might be justifiable.

The Home Office is the department facing some of the government’s most intractable problems, and genuine solutions may come from the most unlikely of routes. More problematically, the suggestions leaked bear more resemblance to policies condemned as morally reprehensible in the 19th century than to anything actually novel, something not entirely surprising, given that the government seems more interested in cos-playing imperialist fantasies than engaging with the world we currently live in.

‘Like a wicked Noah’s ark’, the prison hulks dominate the opening chapters of Dickens’ Great Expectations, ‘cribbed and barred and moored by massive rusty chains’.  Dickens used the hulks to show how prisoners were alienated from society, somehow becoming less than human ‘because they murder, and because they rob, and forge, and do all sorts of bad’, as Mrs Joe put it to Pip.

This need to dehumanise is shared by the government, eager to portray the unfortunates striving to reach British shores as a seething mass of undesirables rather than anything more sympathetic.  Not only does this feed the populist narrative that sustains the government, but it renders the criticism it faces for considering such policies ineffective.

This need is why the Home Secretary’s brainstorming session alighted upon using disused ferries as ‘asylum-processing centres’, or shipping immigrants to decommissioned oil platforms in the North Sea to process them there.  Refusing to allow asylum seekers access to the mainland emphasises that they are part of a vast ‘other’, who do not deserve to treated with respect and dignity until they have proven the legitimacy of their claim.  As Nicola Sturgeon, Scotland’s First Minister, said, such policies ‘treat human beings like cattle’.  It presents these immigrants, asylum seekers or otherwise, as frauds desperate to deceive the British public and to leech off the British state, rather than desperate people in search of physical safety and economic security.

Straining for such dramatic policies also ensures that the issue of illegal immigration takes on similarly dramatic proportions in the public mind.  Despite the fact that asylum claims in Britain have been diminishing over the years, and that a tiny proportion (albeit one that has risen in recent months) of illegal entrants arrive via the Channel, illegal entry in this way dominates the public narrative. This type of entry, unlike the more banal routes, like overstaying on a visitor visa, gives these entrants a marauding, piratical air, serving once more to give the impression that they are criminals, undeserving of our sympathy or support.

Maintaining such an overblown narrative also justifies the cost of the more punitive elements of immigration detention.  We are one of the only countries in the world to still allow the indefinite detention of immigrants and asylum seekers and so the cost of maintaining our immigration system is vast, and to significant degree, wasteful.  It imprisons those who could work and support themselves while awaiting a decision, and even for those who are not detained, the refusal of work permits means they are forced to rely on the beneficence (or lack thereof) of the government. Not only does this increase the cost to the taxpayer, but it forces such individuals into the shadow economy, depriving the government of a reasonable means of tracing them, and leaving them at the mercy of unscrupulous employers.

Such costs would only rise if another leaked idea, placing asylum processing centres on distant islands, inveigled its way into actual policy.  Analogously to the immigration hulks, rather than allow asylum seekers into the UK, they would be detained on a distant island (using less distant Scottish islands would surely be too much of a gift for the SNP’s independence campaign), like Ascension Island, 4,000 miles away in the Atlantic Ocean.  Not only is this logistically moronic, with the 880 islanders unlikely to welcome the shadow of an immigration detention centre looming over their unspoilt landscape, but morally indefensible.

Thanks to Australia, we already have a good sense of how offshore immigration processing facilities work.  In the past decade, Australia’s conservative government, the Liberal Party, has introduced tough policies intended to ‘stop the boats’, including devolving authority for asylum to the the military, with Australia’s Navy intercepting migrant boats and towing them back to Indonesia, where most set sail from.  For those asylum seekers who make it through this fortification, they are sent to Nauru, an island in the Pacific, or to Manus Island, although a recent decision of the Papua New Guinea Supreme Court has forced Australia to begin to close the centre on Manus.  Last year, the Human Rights Commission found that Australia was ‘unlike any other liberal democracy’, with the centres constructed to resemble prisons and increasingly turning to techniques used for control in prisons, like restraints and stringent visitor checks.

In imitating such a policy, the government is clearly hoping that the public will view such restrictions as part of its ‘law and order’ message, rather than as part of asylum and immigration policy.  It shows a government willing to take harsh action to protect the British people’s safety and economic security, rather than one that is willing to accept its obligations as one of the world’s wealthiest countries and a leading liberal democracy.  Such a refusal would be alarming at the best of times, but the fact that it comes as we resile from our international obligations is distressing and counterproductive.  The government claims to be aiming to be a beacon of freedom in the world, not a shadowy land of moral iniquity.  So far, it has gone about this in a curious way.

Work needs to be done to repair our immigration system and our treatment of those seeking asylum.  The necessary repairs, however, cannot be done by heating up grotesquely anachronistic policies castigated as inhumane at a time when slavery was still lawful, or by choosing to follow in the footsteps of Australia, one of the few liberal democracies to approach asylum in a more regrettable way than the UK. Johnson’s government spends too much time telling us we are going forward while driving its bandwagon entirely via the rear-view mirror.  They need to engage with those focusing on positive, meaningful reform, not those obsessed with the past.