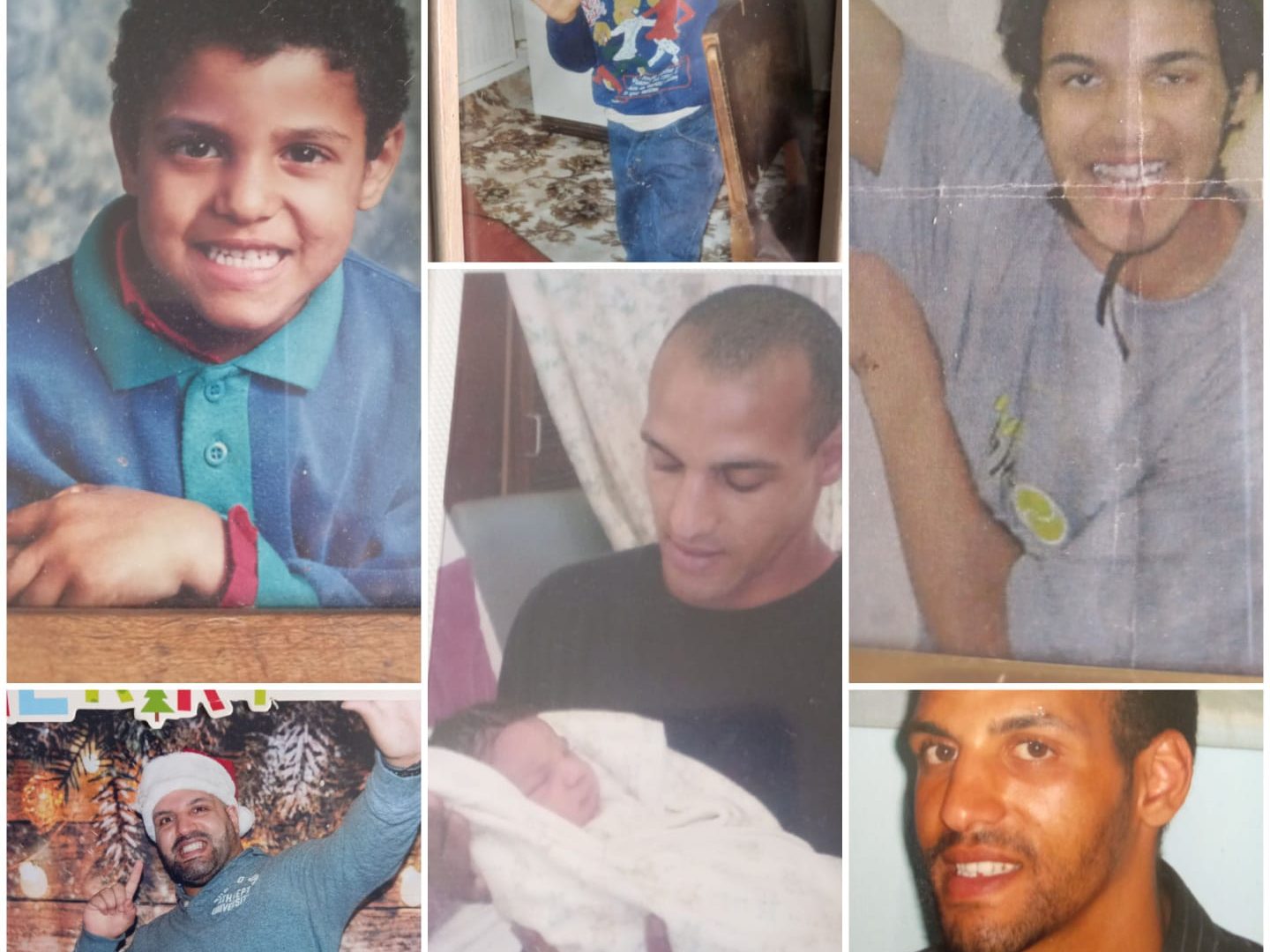 In an independent report published earlier this week, Sir Stephen Bubb said very little has changed in support for people with learning disabilities since he wrote a report on the Winterbourne View scandal. Families who have been left scarred speak to Matty Evans.

An independent report has exposed a series of ‘shocking’ failings in caring for vulnerable people with autism and learning disabilities that has left families scarred.

The three cases showed a history of inappropriate placements, ineffective multi agency support and lack of understanding of the problems faced by the families, resulting in ’emotional and psychiatric harm’, according to the review. The author, Sir Stephen Bubb, previously presented recommendations to the government following the Winterbourne View care scandal from a decade ago, which saw carers jailed for abuse of people with learning disabilities.

Bubb said very little has changed since he wrote his report on Winterbourne View in 2014, and that it was ‘abundantly clear that the claim that Bristol was an “autism friendly city”  can be challenged by this evidence’.

‘During the course of the review which started in 2019 I had other families contact me with similar heartbreaking stories so I’m afraid it is pretty common.’
Sir Stephen Bubb

Bristol City Council commissioned the Building Rights review in 2019 and this week fully accepted its findings. The council along with local NHS mental health provider Avon and Wiltshire Mental Health Partnership (AWP) and Avon and Somerset Police have come under particular fire for how they have treated the three men.

In response to the ‘shocking’ failings by various institutions, Bubb has called for more support for families, replacing institutional care with community care facilities, a charter of rights to help people understand what rights they have and make sure local services respect them, and an Independent Commissioner for people with learning disabilities and autism.

Failed families speak out
In interviews with the Cable, two of three families have decided to speak out about how their sons have been left scarred after years of being failed by different support services and the criminal justice system.

Gaby Gillespie says her son Luke, who has learning disabilities following a number of serious brain injuries, has been subjected to abuse and neglect after spending years going from one inappropriate placement to another, ending up homeless and in prison after being exploited by others to commit shoplifting and robbery. Now his mother is seriously worried about his safety while he is on remand at HMP Bristol, because she says he does not have the capacity to cope in a prison environment after traumatic past experiences. 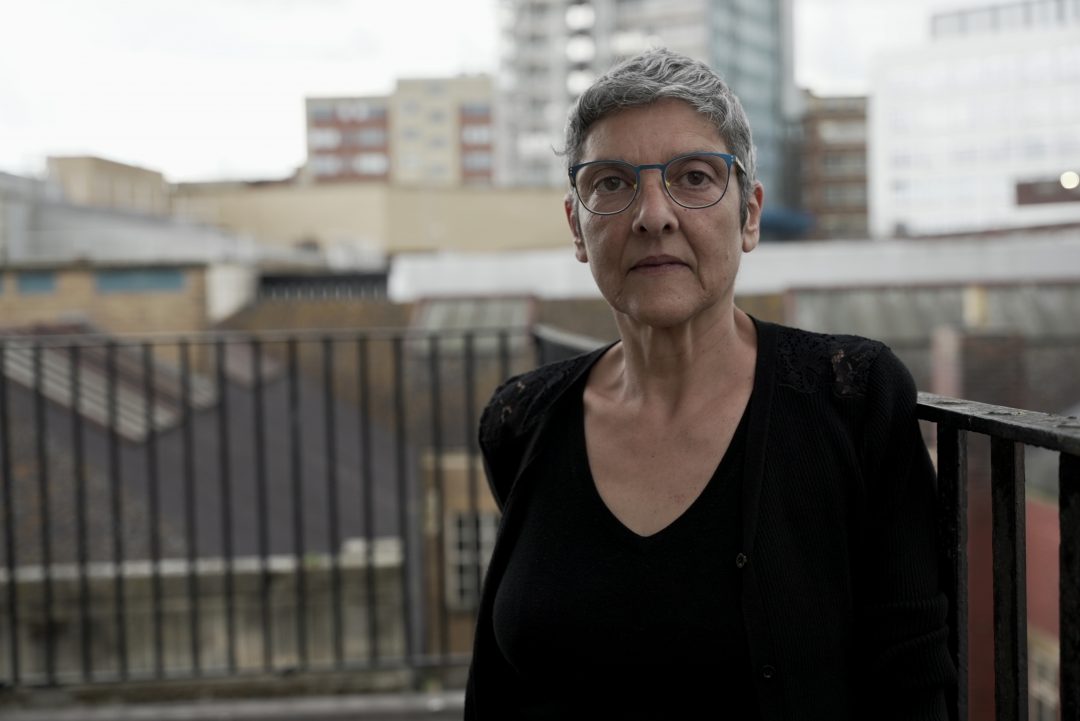 The Cable has also spoken to another mother on condition of anonymity about her son’s ordeal, who is referred to in the report as ‘SF’. After a series of placements in supported accommodation, he was tasered by police and accused of assaulting two police officers, until CCTV of the incident cast doubt on the officer’s testimonies and the charges were dropped.

Despite apologies from the police and an investigation by the Independent Office of Police Complaints (IOPC), which cleared officers of any wrongdoing, she feels strongly that justice hasn’t been done and key figures haven’t been held to account. Meanwhile her son is scared to leave the house alone.

The third case was the reason the report was commissioned, as ‘AB’s family lodged a formal complaint about how he had been treated. AB uses ‘stimming’ (fiddling with a material) to deal with anxiety, which is common for people with autism. This habit led to two occasions in 2011 and 2014 where he was accused of inappropriately touching women while travelling on the train from Cardiff to study at university in Bristol.

However, his caution from the first incident was later quashed because of several irregularities, particular breaches of the Police and Criminal Evidence (PACE) Act and failure to recognise his right to an ‘appropriate adult’. In 2014, AB was again not charged because the police and health professionals had failed to recognise his vulnerability and rights. As well as failures by both police forces involved, failures by custody nurses employed by AWP were acknowledged in an apology to the family by the former Chief Executive.

But, crucially, both these allegations of sexual assault remain on the police system. According to Bubb’s report, this ordeal and in particular the failure to remove the allegations from police databases has caused such distress and anxiety that he can no longer hold down a job or use public transport, forcing him to move back home to be supported by his parents. His family have taken out a civil claim against British Transport Police, with a delayed trial date set for September 2021.

Commenting on his report, Bubb said: ‘I’m afraid that people with learning disabilities and autism have a pretty rough deal and I’ve heard other stories from around the country,  but nevertheless, when you hear direct accounts from families, it’s pretty shocking, the level of institutional failing and the inappropriate care that they received.’

‘There is insufficient community support and care,’ he added. ‘Often statutory agencies rely on institutional care, which is, in my view, abusive in its nature. During the course of the review which started in 2019 I had other families contact me with similar heartbreaking stories so I’m afraid it is pretty common.’

‘What’s particularly clear is that families are disempowered. The power lies with institutions and it’s the institutions that make decisions and, frankly, families have little say, even though they often know best what’s good for in this case thier three young men.’

Not just a Bristol problem
Cases like these are far from isolated and in his report, Bubb said: ‘Bristol’s agencies act within the context of a national system of care and support for people with learning disabilities and autism that is wholly inadequate.’

A 2020 report by regulator the Care Quality Commission called for improved community-based support for people with a learning disability after finding undignified and inhumane care in some hospital settings. In the last week alone, a review into Covid deaths in Bristol, North Somerset and South Gloucestershire found that care workers looking after people with learning difficulties who had Covid-19 were not adequately trained.

Sir Stephen Bubb is best known for his report into the aftermath of the Winterbourne View scandal, which saw six carers jailed for abusing and neglecting vulnerable people with learning disabilities in a care home just outside Bristol. After the widespread abuse was exposed by a BBC Panorama investigation, Bubb’s report called for an end to similar placements for people with learning disabilities, who should be instead treated in the community.

But in the years that followed, more stories came out about abuse in similar units. In response to the Whorlton Hall scandal – again the abuse of disabled people by their carers being exposed by undercover filming by Panorama – Bubb said promises of reform had been broken.

How can this be stopped from happening again?
The first of the three main recommendations in Bubb’s report is for the council to draw up a Charter of Rights for people with learning disabilities and autism and their families, which should underpin commissioning and services. This is to help people understand what rights they have and make sure local services respect them, because too often their families ‘feel powerless and that their rights are unclear, misunderstood or ignored’.

Second is a right to challenge any clinical decision about treatment – for example being admitted to an inpatient facility. Challenges should also be accompanied by free support by an independent advisor, the report said.

The third main recommendation is an Independent Commissioner for people with autism and learning disabilities who would ‘promote, enhance and protect’ their rights, and aim to broker system wide consensus on how to improve services. Bubb said this role would be an important part of redressing the power imbalance between families and services.

The council said work to respond to the recommendations will be via the Healthier Together Learning Disabilities and Autism Programme, which includes three councils across Bristol, North Somerset, and South Gloucestershire, as well as the local clinical commissioning group, AWP, Sirona Care and Health, and voluntary and community sector partners.

Bubb has also called for more support for families and more investment in community care instead of institutional placements.

He said the problems were not just about funding, and his recommendations wouldn’t be expensive to implement. ‘It’s about attitudes, it’s about institutional failings and a lack of power of families – that’s what I’m trying to address with my recommendations. But I hope it will be accepted at the meeting on Monday, and then we could drive this forward.’

In the criminal justice system, Bubb said action must be taken to improve awareness of the issues faced by people with a learning disability and communication difficulties, and make sure people are assessed if they are fit to be detained, and interviewed with an appropriate adult, and medical evidence is not ignored.

In meetings with the Chief Constable of Avon and Somerset Constabulary and the governor of HMP Bristol, Bubb said they had an understanding of past failures, and he saw evidence of changes that have been made since some of the incidents outlined in the families histories.

Bubb said those who declined to meet him for the review were now former Police and Crime Commissioner Sue Mountstevens, the head of the British Transport Police, and the IOPC.

‘I think the police understand at a senior level that things are pretty bad, but I’m yet to see real change in terms of police behavior, including and in one case the behavior of the British Transport Police,’ he said.

‘We fully accept the findings’
‘Avon and Somerset Police appreciate Sir Stephen’s recognition that he has seen evidence of change,’ a spokesperson for the force said; adding ‘we have accepted our failings and carried out a significant amount of work since the incidents referenced in the report’.

The spokesperson said this includes introducing an autism lead, delivering training to officers on autism, mental health and de-escalation techniques, as well as giving officers access to mental health nurses that can share information, and making sure an appropriate adult is present when someone with autism is taken into custody.

Councillor Helen Holland, who is the cabinet lead for adult social care, welcomed the recommendations. ‘I thank all the families who contributed to this report, which I know could not have been easy. Please do know that by sharing your sad and often painful experiences in this report, they will help to inform positive and meaningful change to how services and systems interact with autistic people and those with learning disabilities, many of whom we know, will struggle daily.’

AWP said they could not comment on individual cases, but Sarah Jones, their clinical director for specialised services, said: ‘We welcome the publication of this report and fully accept its findings.’

Matty is a reporter for the Bristol Cable. He covers social issues such as drugs, health and education

Our print magazine is Proof. Contributors include Michael Mansfield QC, Bob Woffinden, David Rose, Eric Allison and Ian Cobain.
Buy Proof Magazine
The latest issue (Why legal aid matters) includes Helena Kennedy QC and Martha Spurrier in conversation, David Conn on the legacy of Hillsborough - plus how to build your own law centre.
Matty is a reporter for the Bristol Cable. He covers social issues such as drugs, health and education

Patients with autism and learning disabilities 'routinely'…
MPs call for law reform to reduce detention of young…
Use of restraint ‘daily occurrence’ in mental health…
Calls to increase pre-sentence reports to protect the…
Appropriate adults: police forces failing to provide…