Liberty and Dublin III: the unlawful detention of asylum seekers 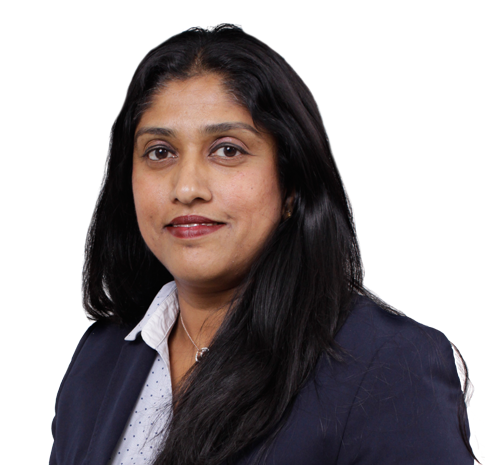 Liberty and Dublin III: the unlawful detention of asylum seekers

We in the UK pride ourselves as champions of liberty but the truth is very different.

Article 5 of the European Convention on Human Rights states:

‘Everyone has the right to liberty and security of person. No one shall be deprived of his liberty save in the following cases and in accordance with a procedure prescribed by law.’

Many migrants arrive in the UK having been forced to flee their homes, leaving behind all that is dear to them, often making the dangerous journey with nothing but the clothes on their back. For many however, instead of being welcomed and granted protection in the UK, they are subjected to the hostile environment, one of the most harmful aspects of which is immigration detention. In Hemmati & Ors [2018] EWCA Civ 2122 we challenged one aspect of immigration detention.

What is this case about?
On 4 October 2018, the Court of Appeal handed down judgment in the test case Hemmati.

The ruling relates specifically to asylum seekers who have been placed in immigration detention for the purpose of returning them to another EU member state under the provisions found in the Dublin Regulation (Dublin III).

This regulation states, in essence, that an asylum-seeker should seek asylum in the first EU country in which he arrives, and that it is the responsibility of that country to process their claim.

In this case, it was held that the five appellants had been detained unlawfully by the Home Office.

Mohammed’s story
Mohammed was one of the five asylum seekers who brought this challenge. An Iraqi national, he feared persecution from ISIS and was forced to flee for his life. After arriving in Europe, he was fingerprinted in Austria where he suffered real hardship, sleeping on the streets and struggling to find food.

Mohammed entered the UK on 8 September 2015.  On the same day, he was detained and claimed asylum.  The Home Office served him with a notice explaining the reasons for his detention (a ‘IS91R notice’) but did not tick the box which related to risk of absconding. In this context, ‘absconding’ means to stop cooperating with the Home Office by, for instance, no longer reporting to the immigration authorities.

A ‘Eurodac’ (the EU-wide fingerprint database) search then revealed that he had claimed asylum in Austria and so detention was maintained as the Home Office deemed there to be a ‘realistic prospect’ of returning Mohammed to that country under Dublin III.

As the Home Office explained in a witness statement to the court, they also attempted to justify his continued detention on the basis that he presented a high risk of absconding. This assessment was based on the evidence that he had entered the UK illegally, did not have ties in this country, and there was no evidence of his identity.

Judicial review proceedings were issued on the 2 October 2015 after the Home Office sought to remove him. Mohammed was released from detention on 4 November 2015 having been detained for nearly two months.

Mohammed’s challenge
In his judicial review, Mohammed wanted clarity on the law around the detention of people, who, like him, are subject to Dublin III, so he asked the courts to make a ruling on the meaning and effect both of Article 28 and 2(n) Dublin III as well as the effect of the judgment of the Court of Justice of the European Union (CJEU) in the case of Al Chodor ( Case C-528/15).

Article 28
1. Member States shall not hold a person in detention for the sole reason that he or she is subject to the procedure established by this Regulation.
2. When there is a significant risk of absconding, Member States may detain the person concerned in order to secure transfer procedures in accordance with this Regulation, on the basis of an individual assessment and only in so far as detention is proportional and other less coercive alternative measures cannot be applied effectively.

In Al Chodor, the CJEU held that member states should define, in law, the objective criteria used to decide that the person subject to transfer is likely to abscond. This case was handed down on 15 March 2017.  On the same day, the Secretary of State for the Home Department published regulations setting out such objective criteria.

In a split judgment, the Court of Appeal has now ruled that Mohammed and the other four asylum seekers had been unlawfully detained while their claims were being considered under Dublin III.  The majority judgment was carried by the Master of the Rolls, Sir Terence Etherton, and Peter Jackson LJ.

The Court found that between 1 January 2014 (when Dublin III came into effect) and 15 March 2017 (when the Home Office published the regulations mentioned above), there was no criteria or definition for ‘significant risk of absconding’ in domestic law, which means that the detention of the appellants during this period was unlawful and they may be entitled to damages.

Sales LJ, however, in a minority dissenting judgment, said that UK domestic law was sufficient to satisfy the requirements under Article 28.  His view is that Mohammed and the other appellants were lawfully detained and are not entitled to damages.

It is highly likely that the Secretary of State for the Home Department will appeal to the Supreme Court given the ramifications of this judgment.

These cases should act as a reminder that the Home Office has obligations to treat asylum seekers with respect and dignity.

Krisha works for Duncan Lewis in its public law department. She was named Civil Lawyer of the Year by the Society of Asian Lawyers in 2017 in recognition of her commitment to representing the most marginalised. She represented two appellants in Hemmati & Ors [2018] EWCA Civ 2122

Our print magazine is Proof. Contributors include Michael Mansfield QC, Bob Woffinden, David Rose, Eric Allison and Ian Cobain.
Buy Proof Magazine
The latest issue (Why legal aid matters) includes Helena Kennedy QC and Martha Spurrier in conversation, David Conn on the legacy of Hillsborough - plus how to build your own law centre.
Krisha works for Duncan Lewis in its public law department. She was named Civil Lawyer of the Year by the Society of Asian Lawyers in 2017 in recognition of her commitment to representing the most marginalised. She represented two appellants in Hemmati & Ors [2018] EWCA Civ 2122