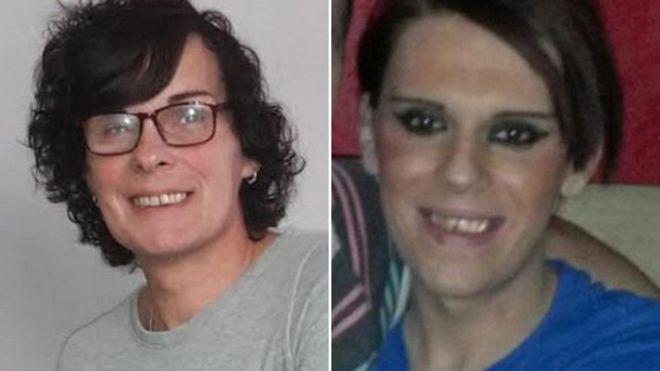 Over the last year the treatment of transgender people in the prison system has been under the spotlight following the suicides of Jenny Swift, Joanne Latham and Vikki Thompson. All three were transgender prisoners living in male prisons. There were 102 suicides in prisons in England and Wales last year, the highest number ever recorded according to the Howard League for Penal Reform.

In a recent critical report prison and probation ombudsman Nigel Newcomen said not enough is being done to protect transgender prisoners. He said there are ‘lessons to be learned’ after reviewing three cases which expose the poor treatment of transgender prisoners. These included a prisoner who voiced suicidal thoughts but was not put under special supervision and went on to commit suicide and a prisoner who reported being subject to ‘aggressive transphobic bullying’ by other inmates but no action was taken to investigate her complaints.

As Newcomen puts it, the numbers of transgender prisoners committing suicide or reporting poor treatment in custody ‘have been climbing’ and the need to address the issue is ‘pressing’.

A Ministry of Justice review last year admitted the treatment of transgender people in courts, probation and prison services ‘has not kept pace with the development of a more general understanding of the issues surrounding gender in society’. According to government statistics just over a quarter of prisons in England and Wales (27%) had one or more transgender prisoners in March last year.

Since 2008 the ombudsman has investigated five deaths of transgender prisoners. Newcomen said prisons often rely on ‘unambiguous gender boundaries’ to enforce rules and maintain security. This environment ‘frequently referred to as ‘hypergendered’’ can be ‘particularly difficult for transgender prisoners ‘exacerbating existing vulnerabilities’.

Despite the vulnerability of these prisoners the MoJ has admitted there is ‘very little’ data available on transgender prisoners. It is now in the process of collecting this data following the high profile deaths last year.

A prison officer checking on a cell at HMP Wandsworth. Pic by Andy Aitchison from Proof magazine, issue 2

For over a year I have been looking into the case of Ms A, who wishes to remain anonymous. Ms A is a transgender prisoner serving an indeterminate sentence for public protection (IPP). These are sentences where a prisoner is not given a release date and were scrapped in 2012 because the coalition government said they were ‘not defensible’.

The sentences were introduced at a time when the then Labour government judged the public was crying out for a tougher stance on crime. Schoolgirl Sarah Payne had just been brutally murdered by a man who had recently been released from prison. The Labour government was under pressure to prevent a repeat crime taking place.

But because of overcrowding and lack of funding for rehabilitation courses IPP prisoners have ended up serving far longer sentences than originally intended. Ms A was sentenced in 2009 with a tariff that was meant to expire in 2014. But she is still in prison years later.

At a recent parole hearing Ms A came away with no release date despite officials deeming the risk she posed as low level because her parole manager had not drawn up a release and risk management plan for her.

The author of the parole board report said she believed Ms A’s ‘risk level can be managed in the community’ but said no progress had been made with her release plan over a year later. Despite several parole board hearings Ms A remains in a category C men’s prison.

Ms A has lived as a woman for many years now and has repeatedly sought sex reassignment treatment whilst in custody. However, her efforts have been blocked.

Ms A applied to the Charing Cross gender identity clinic. In a letter from West London Mental Health Trust, which runs the clinic, sent last year, Ms A was told she could not get treatment partly because she has not been living a ‘real life experience’ as a woman. Prison life is not considered to be a ‘real life experience’, the letter said.

Ms A tried to legally challenge the hospital’s refusal to treat her but her challenge was thrown out. She also applied to the High Court for a judicial review but this was denied.

She has since applied again for treatment at the clinic and been refused. This time the letter stated: ‘We are unable to accept the referral at this time. However we will be happy to receive a re-referral for this patient once their parole has been confirmed.’

When approached for comment a spokesperson for West London Mental Health Trust said it could not comment on individual cases but added ‘no prisoner is denied assessment because they are a prisoner.’ The spokesperson added each prisoner is assessed. ‘In each case, we consider the best way forward given physical health circumstances, the time to probable release, the extent to which the prison service is prepared to facilitate any change of social gender role as well as any evidence of gender dysphoria or seeking treatment before offence or incarceration.’

He added the clinic has ‘actively supported’ prisoners to receive treatment and ‘does not have a principled objection to prisoners undergoing genital surgery.’

However, when the NHS considers the ‘extent to which the prison service is prepared to facilitate any change of social gender role’ it may come up against the significant concerns the prison and probation ombudsman identified in his recent report on the treatment of transgender prisoners.

A report by parliament’s Women and Equalities Committee last year found MoJ instructions for how to treat transgender prisoners were ‘all too often…simply being ignored’ by prison staff.

Witnesses told the enquiry there was sometimes ‘scepticism’ among prison staff about prisoners’ motivations for wishing to live in-role in their acquired gender. Some staff believe prisoners pretend to be transgender to acquire certain privileges. However, the Prison Reform Trust told the committee the number of prisoners taking advantage of the system had been ‘exaggerated’.

The Prisons and Probation Ombudsman said a theme that has emerged from complaints it receives is prisoners not being given access to make-up or clothing to help them live in their acquired gender. The Ombudsman said prison staff may lack awareness or training.

The Bent Bars Project, an LGBT prisoner advocacy group, told the committee some transgender prisoners are ‘systematically denied the right to wear appropriate clothing, misinformed or lied to about their rights and not given access to appropriate medical treatment’.

In her speech Ms Truss said ‘everyone’, including David Blunkett [Labour’s home secretary who introduced the sentence] ‘regrets the effects of indeterminate sentences of imprisonment for public protection’. Despite this universal condemnation of the sentence there are still prisoners trapped in the system serving these sentences. Ms Truss added:

‘It seems unjust that someone sentenced in 2010 can remain in prison for years when – if sentenced today – they might have an automatic release date. That’s why it’s important we tackle the backlog of these cases that are waiting for a Parole Board hearing. We are making progress. There are currently 3,683 of these prisoners in our jails. And last year we released a record 553.’

She has set up a ‘dedicated unit’ within the MOJ ‘to ensure these cases are dealt with as efficiently as possible’.

For Ms A, however, a release date is still nowhere in sight.

Sophie is a journalist with a background in covering the justice system, housing and health. She has carried out investigations into prisoners serving IPP sentences, systematic polluting by water companies and the effects of government funding cuts on council housing

Our print magazine is Proof. Contributors include Michael Mansfield QC, Bob Woffinden, David Rose, Eric Allison and Ian Cobain.
Buy Proof Magazine
The latest issue (Why legal aid matters) includes Helena Kennedy QC and Martha Spurrier in conversation, David Conn on the legacy of Hillsborough - plus how to build your own law centre.
Sophie is a journalist with a background in covering the justice system, housing and health. She has carried out investigations into prisoners serving IPP sentences, systematic polluting by water companies and the effects of government funding cuts on council housing