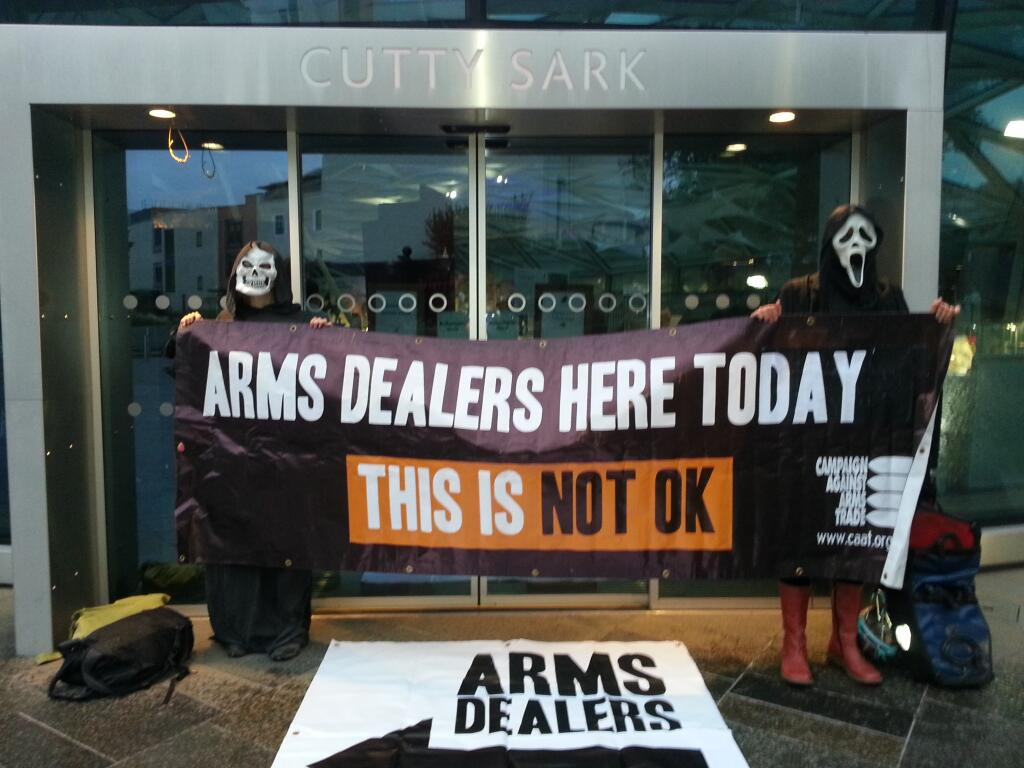 The Campaign Against Arms Trade (CAAT), has begun legal action in the High Court to challenge the government’s decision to export arms to Saudi Arabia. The group argues that evidence gathered from a 51-page UN report suggests that Saudi forces are violating international humanitarian law in Yemen. Despite serious allegations, the UK government has refused to suspend any military licences to Saudi Arabia or to call for an investigation into whether international humanitarian law has been broken.

Whilst the arms companies and the Government frequently assert that the arms sales are good for the economy, the government has done no study on the economic benefits of the Al Yamamah deal and the Ministry of Defence has accepted that the arguments raised in support of arms exports should not include economic considerations because the ‘economic costs of reducing defence exports are a relatively small and largely one off.’

Andrew Smith of Campaign Against Arms Trade said: ‘The bombing of Yemen has created a humanitarian crisis, and yet the UK government has stood shoulder to shoulder with the Saudi regime which has led it. UK fighter jets have flown overhead and UK bombs have been dropped.

‘Despite overwhelming evidence that it has breached international humanitarian law, the government has continued to licence arms exports to Saudi Arabia, making a mockery of its own legislation. The licences should never have been awarded in the first place, and if arms export controls are worth the paper they are printed on, then the government must finally stop arming Saudi Arabia.’
Andrew Smith, Campaign Against Arms Trade

According to Leigh Day, the law firm acting for the CAAT, UK arms export licensing criteria state that licences should not be granted if there is a ‘clear risk’ that equipment ‘might’ be used in violation of International Humanitarian Law.

Rosa Curling, from Leigh Day, commented: ‘If there is a clear risk that arms exported from the UK might be used to violate international humanitarian law, the UK has a legal obligation not to grant licences for the export of military equipment and arms.’

‘We can see no reasonable basis upon which the government could conclude there is not such a risk in relation to exports to Saudi Arabia,’ Curling continued. ‘The evidence in overwhelming. Our client has asked the government to reconsider its position, it has refused and so we now hope the Court will intervene to ensure these arms are stopped as a matter of priority. The UK government must not allow itself to be caught up in the appalling actions that are taking place by the Saudi coalition forces in Yemen.’

According to Andrew Smith from CAAT: ‘By any reasonable interpretation these criteria should prohibit all arms sales to Saudi Arabia that could be used in Yemen.’

These points were raised in a letter before action sent in January this year to the Secretary of State for the Department for Business, Innovation and Skills stating concern about arms sales to Saudi Arabia, particularly in light of alleged grave breaches of international humanitarian law.

The campaigners argue that the Department for Business, Innovation and Skills has failed to reassure them that the government was following its own rules when assessing the risk that the goods exported might be used in contravention of international humanitarian law.