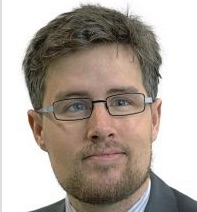 Last year’s youth justice statistics for England and Wales, published by the government, show that childhood reoffending is higher now than it was 10 years ago, outpacing adult re-offending rates 42% to 28%. But just across the border in Scotland, there is a system in place that the Scottish government claims has ‘a key role to play in reducing reoffending’. It’s called the children’s hearings system, and it’s been around for more than four decades.

The End Childhood Imprisonment campaign, recently launched by Article 39, the Howard League for Penal Reform, Inquest, the Centre for Crime and Justice Studies, NAYJ and Just for Kids Law highlights why we should all be concerned about this.

Hardship, neglect and unaddressed special educational needs can lead to offending behaviour by children and young people, and the overwhelming majority in the youth justice system fit into at least one of these categories. Just as importantly; children and young people lack the level of consequential thinking of adults. Research concludes that most young offenders will, even without intervention, ‘grow out’ of offending behaviour. 15-year-olds are completely different from their 25-year-old selves. Therefore, whilst it is better than nothing that the youth justice system takes a toned-down approach to criminal sanctions, this doesn’t recognise the fact that children and young people need the opportunity and support to take positive steps to get their lives back on track and leave offending behaviour in their past. This behaviour is often a sign of unmet needs in children and constitutes a red flag to relevant services. It must therefore be seen as an opportunity for support and positive intervention.

The result is that the youth justice system is ill-equipped to see offending behaviour as an opportunity for positive change. This is because, as great as the work of the youth offending teams may be, their influence exists in, and is constrained by, a system that is punitive by nature. For any child unable to improve their behaviour in response to punishment and threats in the way we’d expect an adult to, expecting them to change as a result of criminal sanction is not a helpful intervention – it is setting them up to fail. Once in prison, their development into adulthood is only impeded, never enabled. The result is that reducing sentences of a child in ‘consideration’ of their welfare doesn’t change the fact we criminalise children unnecessarily in many cases.

So, while I recognise that there is a legitimate debate to be had about the place of custodial sentencing in the youth justice system, it is abundantly clear that a solely welfare approach must be at the disposal of those who identify youth offending. The fact that sentencing guidelines require that a criminal court simply ‘considers the welfare of the child’ does not constitute a welfare approach: the remit of the criminal courts, as the name suggests, is limited to criminal sentencing powers and is not immune from the political drive to be ‘tough on crime’. Therefore, such ‘consideration’, no matter how well intentioned, is restrained by the system in which it exists. A genuine resolution requires a separate system, one that sits in parallel to criminal punishment and whose only function is to determine and implement appropriate assistance for young people with unmet needs.

This would genuinely make the system for young people a separate vehicle to adult criminal justice. One that can achieve the result that really matters: reduction in offending behaviour and the empowerment of young people to transition into adulthood successfully.

Scotland sounds too good to be true, right? Well, I recently came back from a trip to Edinburgh to visit Clan Childlaw, a legal charity working with children and young people in Scotland, who regularly undertake advocacy and advice in Scotland’s system of children’s hearings. This trip was funded by the Legal Education Foundation, through the programme that funds my training to be a solicitor, the Justice First Fellowship. The Children’s Hearings are tribunals overseen by a lay panel with specialist training in children’s welfare matters. Anyone can refer a child to the hearings system providing they meet one or more of 17 prescribed grounds. One of those is that ‘the child has committed an offence’. This means that, rather than charging a child with an offence, they can instead be referred to the hearings system and the panel can be briefed on the circumstances of the offence.

Once in the hearings, the panels have the power to make a compulsory supervision order, which can include conditions that the young person attend particular welfare or education programmes, have specified contact arrangements with family members, work with a social worker, or be housed in supported accommodation. The panel can compel parents and professionals such as social workers, teachers and police officers to attend in order to help devise effective plans. Orders can be reviewed regularly to be updated, maintained or scrapped as appropriate. The essential factor that sets this system apart is that their aim is to make decisions to address a young person’s needs and improve their welfare. That’s it.

Often, when I talk about working with young people in the justice system, I explain how vulnerable the majority are. I use examples of our cases involving young people who have endured unimaginable hardship in state care, or at the hands of family members. I tell them of the people who have been sucked into gang violence through exploitation, manipulation, peer pressure and physical violence. And I tell them about the huge proportion who have special educational needs which impairs their social understanding or capacity to make decisions in their own, or other people’s, interests. The people I talk to about this, not unreasonably, express that they understand it might not be desirable to punish young people in these circumstances, but that the courts must nonetheless enforce a deterrent to offending in order to protect the public. They paint a picture of a justice system with nowhere else to turn, no matter how much sympathy they may feel for those who find themselves in it. Perhaps it’s true that the criminal courts, with their powers limited to punishment of incrementally increasing severity, genuinely have no alternative. But that is precisely the point.

A genuine alternative is needed. A welfare response that can operate as an alternative to criminal justice is an essential component of a workable system.

Alex Temple is a trainee solicitor at Just for Kids Law. His traineeship is funded by the Justice First Fellowship programme of the Legal Education Foundation

Our print magazine is Proof. Contributors include Michael Mansfield QC, Bob Woffinden, David Rose, Eric Allison and Ian Cobain.
Buy Proof Magazine
The latest issue (Why legal aid matters) includes Helena Kennedy QC and Martha Spurrier in conversation, David Conn on the legacy of Hillsborough - plus how to build your own law centre.
Alex Temple is a trainee solicitor at Just for Kids Law. His traineeship is funded by the Justice First Fellowship programme of the Legal Education Foundation