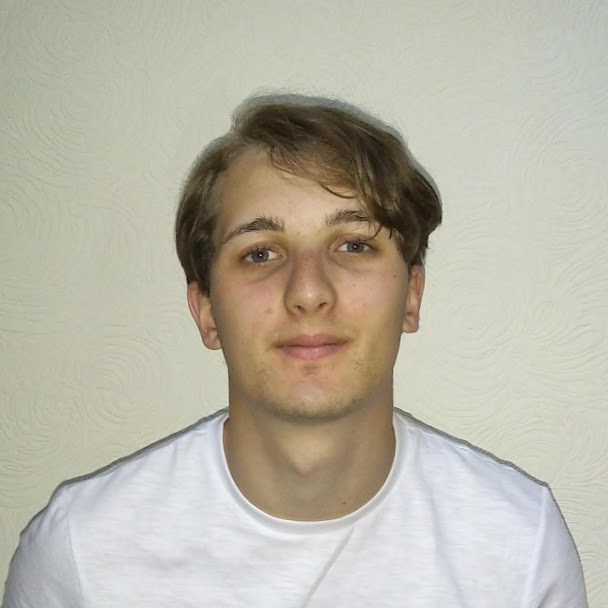 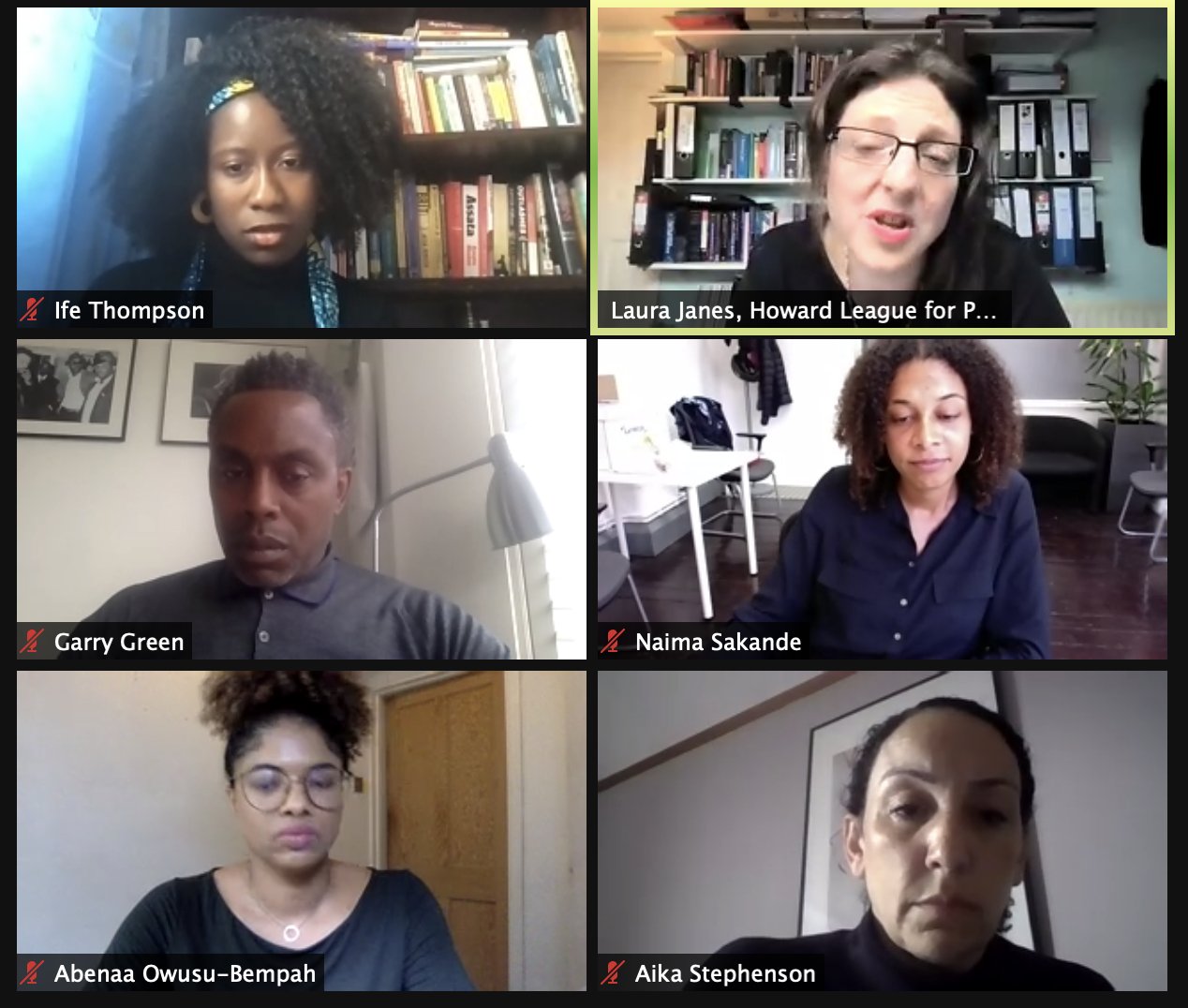 Criminal defence lawyers were urged to educate themselves at the launch of a guide designed to ‘support  legal representatives to be antiracist’ from acting for clients in the police station through to court. Making Black Lives Matter in the Criminal Justice System is produced by the Howard League for Penal Reform with the support of Black Protest Legal Support in recognition of ‘two harsh realities’: racial discrimination as an enduring feature of criminal justice for black people and legal training in England and Wales that ‘does not equip lawyers to be antiracist’.

The criminal justice system was ‘rooted in anti-blackness’ and ‘fuelled by the myth of black criminality’, said Ife Thompson, a community-based activist and lawyer at last night’s launch of the guide. ‘This guide gives lawyers the tool to dismantle the normalised anti-blackness within the system. We must start to do things differently.’

The guide draws on critical race theory, which argues that racism is not only a problem caused by individuals but a structural problem present in seemingly neutral laws and institutions, to help lawyers (in its words) ‘begin their lifelong journey to becoming antiracist lawyers’ and to work in ways which will ‘disrupt and challenge’ discrimination. ‘Antiracist lawyers will not always be able to counter discrimination in the system, but they can work towards this by disrupting the existing power structure,’ the guide says. Thompson observed that critical race theory is not taught in law schools and was not a core module on university LLB courses. ‘The law is not colourblind,’ she added. 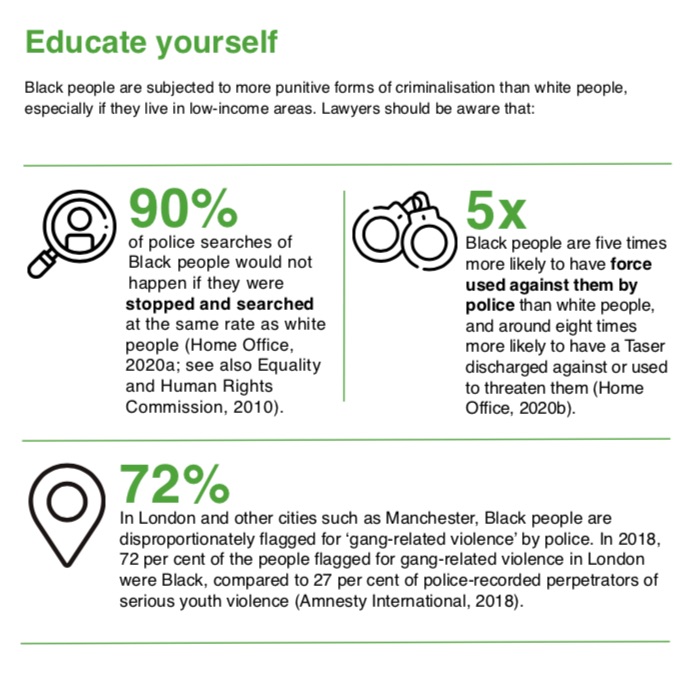 Abenaa Owusu-Bempah, an assistant professor of law at the London School of Economics, pointed out the ‘well-documented disparities throughout the criminal justice system’. ‘Black people have more contact at every stage, from stop and search through to arrest, remand, and sentencing. Sentences are harsher for black people than they are for their white counterparts who have committed the same offences in similar circumstances,’ she said.

Naima Sakande, a women’s justice advocate from the legal charity APPEAL which investigates miscarriages of justice, said: ‘One key thing that’s emphasised throughout the report is that trust in the system amongst black defendants is low, and that’s for good cause. It will often be at its very lowest upon conviction and sentence.’ According to the report, the average custodial sentence for black people is 1.4 times that of the average for white people.

‘If you don’t know about the experiences of black people in the criminal justice system, and you’re a criminal lawyer, then you absolutely need to educate yourself,’ said Aika Stephenson, a solicitor and youth justice expert.

Black people were five times more likely to have force used against them by police compared to white people, and are around eight times more likely to be threatened with or have a taser discharged against them, Stephenson observed. In 2018, it was found that 72% of people flagged for gang-related violence in London were black, compared to the 27% who were responsible for serious youth violence. Commenting on the social disadvantages of many who come to court, Stephenson said: ‘You have to make sure that you don’t adopt the “failing by your client” narrative that the system promotes. What you need to be explaining is how this client has been failed by the system.’

Garry Green, a barrister at Doughty Street Chambers which hosted the launch, spoke of a culture of far-reaching ‘alienation in wider society’. ‘When black defendants come to court, the alienation begins,’ Green said. ‘Whether it’s the security guards harassing the black defendants who have come to court, and even their lawyers sometimes, or whether it’s the lack of representation in the judiciary. All of these experiences contribute to an alienating environment within the court system.’

According to the practical guide, black people are more likely to be remanded to custody in both the Magistrates’ and Crown Courts. Recalling a past case, Garry Green said that he had represented a black and a white defendant for a review of bail conditions hearing, and that only the black defendant’s bail conditions were tightened ‘notwithstanding the fact that he had less convictions than my white client and was charged with a less serious offence’. ‘You must be ‘pragmatic’, he said, ‘and think imaginatively about how to combat discrimination in the court when you see it.’