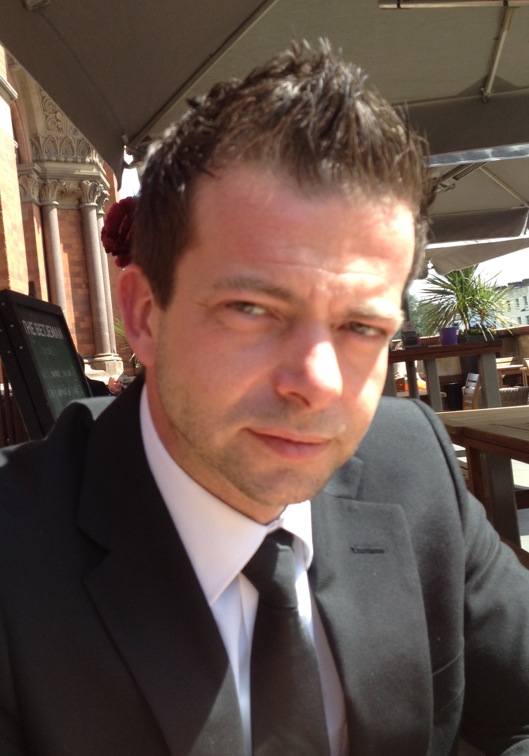 INTERVIEW: James Patrick, the police whistleblower who exposed the manipulation of crime figures, describes the highlight of his recently cut-short policing career, as the ‘swearing in’ ceremony. Patrick had always wanted to join the force. ‘It was the proudest moment of my life. It was a couple of years after my mum had died and the first time Dad and I were together outside of home,’ he recalls.

Quite. All was fine for the first five years in Derbyshire until he transferred to the Met in October 2009 ‘and then it went downhill’. His departure from the force has been extraordinarily bitter.

PC Patrick has been accused of gross misconduct after interviews on the BBC in April. The previous month he announced his resignation complaining of bullying and intimidation. In an extraordinary open letter to Metropolitan police chief Sir Bernard Hogan-Howe, Patrick signed off: ‘I want you to know that I am not scared of you, nor the Met… .’

It has been a traumatic experience. That said, not every whistleblower receives vindication from a committee of MPs. PC Patrick had told MPs on the Public Administration Select Committee (PASC) that fiddling the figures to hit performance targets was now an ‘ingrained part of policing culture’.

Whilst the Crime Survey, compiled by the Office for National Statistics and which records people’s experience of crime, has become the ‘whited sepulchre of truth, the Nation’s favourite crime statistic‘, according to Professor Tim Hope, chair in criminology at the University of Salford. The other major set of crime stats – police reported crime – was ‘a fallen idol’.

The PASC’s report (Caught red-handed: Why we can’t count on Police Recorded Crime statistics) is another nail in the coffin of the PRC stats – and for that we have former PC James Patrick to thank (and we really should thank him).

‘We are grateful to PC James Patrick… for his courage in coming forward to voice his concerns. This was instrumental in prompting this inquiry,’ the MPs said when the report came out last month. The committee’s chair and Patrick’s MP Bernard Jenkin went out if his way to support the whistleblower.

‘The most depressing part of this inquiry is the way that the Metropolitan appear to have treated my constituent. He says he has been forced to resign from the Metropolitan.  Acting as a whistleblower, he tried to highlight serious concerns about the validity of crime statistics, and the target culture.’
Bernard Jenkin on James Patrick

Data integrity
How did Patrick feel reading that report? ‘It was a very surreal moment in my life,’ he says. ‘It’s is a lot to take in. But I think I can look myself in the mirror for a good few years now.’

At first glance, ‘data integrity’ seems a rather unlikely cause upon which to sacrifice a career? Why is it so important?

‘Every police force manages their entire operation around the crime that they report,’ Patrick replies. ‘Every time a chief takes a decision to deploy resources he makes sure there are enough detectives in certain disciplines to ensure that there are enough specialist units to deal in certain types of crime,’ he replies. ‘If the stats are wrong it means the resources aren’t deployed correctly. That represents a huge and significant public safety risk.’

‘It really impacts upon everything. It impacts upon crime pattern analysis. It means offenders may keep on offending for a longer time because their crimes are not being recorded properly. First and foremost, it is about public safety.’

‘Gaming behaviour’
Patrick reckons that sexual offences could be under-reported by 22-25%. This month a report by Her Majesty’s Inspectorate of Constabulary reckoned that one in five crimes go unreported by the police. It drew up inspections carried out in 13 police forces and identified 14 rapes that were not recorded.

That really is a scandal, isn’t? ‘Yes deeply, deeply disturbing. If it was just me saying it, it would probably be quite easy for people to dismiss it,’ he replies. ‘You can clearly see that the type of gaming behaviour that is used changes and develops. The root of the problem has not been addressed.’

Can Patrick explain how the ‘target culture’ distorts the recording of crime stats?

‘The promotion system in the police for years has been geared around showing success. One way you show success is statistically. Any DCI or superintendent that wants to get promoted has to show that they have reduced crime in their area. The focus has been on certain types of crime like burglary and robbery. Somewhere along the line it has become lost in translation from “reduce crime” to “show a reduction in crime”.’

‘The system is entirely driven by personal progress and that causes me a great deal of discomfort – not least because it is potentially fraud. Targets have no place in policing. It is not what we are there for. We are there to make sure people are safe. Perhaps should stop worrying about what the figures say and get on with the job.’

Is there a case to be made for disregarding Police Recorded Crime stats? ‘Everybody knows now that PRC is meaningless. But they need to be recording crime accurately to make sure what they are doing is right.’ But, Patrick argues, that just to rely upon the Crime Survey as the one indicator is no a solution. ‘Parliament needs to realise that they need to stop referring to figures as a measure of success,’ he says.

Blowing the whistle
The PASC report was deeply critical of the lack of proper protections being afforded whistleblowers in the police. (‘We have grave doubts that the Metropolitan Police Service has treated PC Patrick fairly or with respect and care’). Patrick has just been asked to work with the coalition of Police and Crime Commissioners to assist whistleblowers. ‘I am looking forward to getting cracking,’ he says.

What does he mean by not being ‘scared’ in his letter to Hogan-Howe? ‘The Metropolitan police has a long history of never leaving people alone,’ he says.

What did his wife make of him taking a stand? ‘My wife is immensely proud of what I have done and immensely upset at the cost it has had for us in terms of distress. It’s the same for me. ‘

‘I can make my peace with what I have done one minute and then the next I am pissed off. I could have kept my piece just like everybody else. I don’t have any regrets though.’

And what next? He has just written a short book called Chemical Sausage (the pic above is from the cover). ‘It’s fictional diary of a police officer in a fictional police force – some might say it bears a close resemblance to reality. I might write a proper memoir.’

That will be something for the Met to look forward to.

Bernard Jenkin noted that whistleblowers ‘tend to be determined, rather awkward people who many would not regard as team players’. Is he a fully paid up member of the awkward squad?

‘Yes, of course. I have spoken to quite a few whistleblowers across the world. The one thing me Frank Sepico and Adhyl Polanco in the NY police and the two guys in the Garda have in common is that we can smile and say: “I am a pretty stubborn bastard”.’