Katie Hopkins: why the defamation bar is not ‘as low as my labia’ 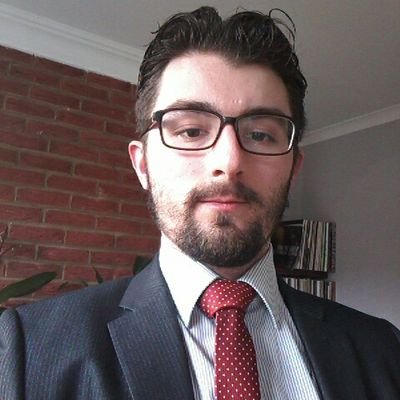 Katie Hopkins: why the defamation bar is not ‘as low as my labia’

Katie Hopkins: Time to put up or shut up

Katie Hopkins: why the defamation bar is not ‘as low as her labia’

Time to put up or shut up: Katie Hopkins

The public perception of a court case is often dictated by the media response. When sections of the media make misguided pronouncements on a judgment, it is difficult to correct the record. That difficulty is compounded when the losing party is herself a media figure and a driving force behind a number of inaccuracies. Much misguided criticism was apparent in the aftermath of Jack Monroe’s libel victory against Katie Hopkins.

Jack Monroe, a food writer, journalist, and anti-poverty campaigner sued Katie Hopkins, at the time a columnist for The Sun, over a pair of tweets sent by Hopkins in May 2015. Last week, Mr Justice Warby decided that the tweets meant Monroe ‘condoned and approved’ of vandalism of a war memorial, and the fact these tweets were seen by thousands of people caused serious harm to their reputation. Damages of £16,000 and £8,000 were awarded for the first and second tweets respectively.

The inevitable reaction was unsurprisingly mixed, and misinformed. Many have revelled in witnessing Hopkins’ comeuppance. Others have reignited their dormant hatred of ‘oppressive libel laws’, rushing to the barricades (or Twitter) in defence of free speech. On Wednesday Hopkins herself vividly claimed ‘the defamation bar is as low as my labia’ on Radio 4’s Media Show. In this instance such fervour is wildly misplaced.

This case was not about truth, opinion, or matters in the public interest. This case was about the level of harm to Monroe’s reputation. Katie Hopkins’ first tweet was just wrong. Jack Monroe has never had anything to do with vandalising memorials, and never expressed any support for such actions. Monroe pointed this out within minutes. The matter should have ended there and then. But rather than draw the spat to a conclusion, Hopkins’ petulantly and hubristically defamed Monroe again with her second tweet. Monroe, by this stage blocked from Hopkins’ twitter page, responded through her lawyer.

Monroe had spoken up, drawing the mistake to Hopkins’ attention. They did not want to end up in court to vindicate their reputation, but they lacked the means to reach those who had read the defamatory tweets. Hopkins issued a retraction. A retraction as half-hearted as possible over Twitter. Sent as an ‘@’ reply, it was visible to far fewer people than saw the second tweet, rendering it ineffectual. Hopkins’ legal team argued it was a relatively trivial dispute resolved in hours. This may have been the case had she not failed to effectively relay the truth to those she had misinformed.

Yesterday Hopkins was interviewed on Radio 4’s The Media Show and used the platform to soundly rubbish the judgment, and cynically announce she is considering an appeal. Whether she appeals or not is a decision that she and her legal team will make. While that choice is still under consideration, is not the time to be making pronouncements on national radio. The only purpose for raising the prospect of an appeal is to prolong the limelight she so enjoys. Unsurprisingly numerous news outlets, including The Guardian, The Huffington Post, and an interview in The Evening Standard, picked up on this, reopening the issue in full view of the public.

Chief among Hopkins’ gripes was her claim that libel should be about more than feeling your reputation has been damaged. It is. Monroe proved, in court, that serious harm had been caused to her reputation. There was some evidence which Justice Warby found consistent with Monroe’s case that she had been subjected to abuse resulting from Hopkins’ tweets, and this was further supported by Monroe’s time in the witness box. During her interview on Radio 4 Hopkins claimed she would have agreed to settle the case if presented with such evidence, but in her rush to play the victim of an oppressive law, this fact has conveniently passed her by.

On Wednesday Hopkins claimed that the bar for libel on Twitter ought to be lower. On Thursday she proclaimed Twitter is ‘the place where big debates are held’, undermining both her own argument, and a similar one put forward by her own lawyers. Libel laws can set the boundaries for debate. They enforce a focus on accuracy and offer protection to participants, allowing others to enter the debate without fear of unwarranted smears.

Undoubtedly there are problems with libel law and a chilling effect can exist. But when it comes to Twitter it is difficult to see how any speech has been chilled. Abuse is still rife, defamation is freely thrown around and life goes on. The haters still hate and the trolls continue trolling.

There is no chilling effect towards public discussion by this ruling. All reputable journalists know if they get their facts wrong then they are obligated to both retract and apologise for the mistake. As a newspaper columnist Hopkins ought to understand the laws of libel. As a human being she ought to have had the decency to apologise for her mistake. As a bully she naturally stuck the boot in when her victim was down. Her choices are now to put up and appeal, or shut up and stop perpetuating the harm she has caused.
Tom Wright attended the trial as part of his PhD research

Our print magazine is Proof. Contributors include Michael Mansfield QC, Bob Woffinden, David Rose, Eric Allison and Ian Cobain.
Buy Proof Magazine
The latest issue (Why legal aid matters) includes Helena Kennedy QC and Martha Spurrier in conversation, David Conn on the legacy of Hillsborough - plus how to build your own law centre.
Tom Wright is working on is PhD Candidate in media law at UEA Law School

Draft domestic abuse bill to be published
Stocker v Stocker: 'A greenlight for men who abuse women'
Private probation companies 'routinely…
Campaign launched for pre-charge anonymity for…
Women silenced from speaking out in 'an asphyxiating…