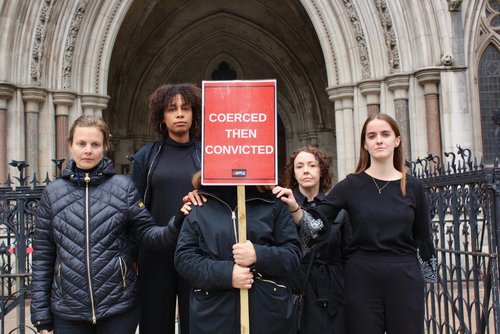 Survivors of domestic abuse and coercive control caught up in the criminal justice system are struggling to gain recognition in the eyes of the law. Udit Mahalingam talks to survivor ‘Jenny’, jailed for assaulting her child, who recently attempted to clear her name in what had been billed by campaigners as a landmark legal challenge. 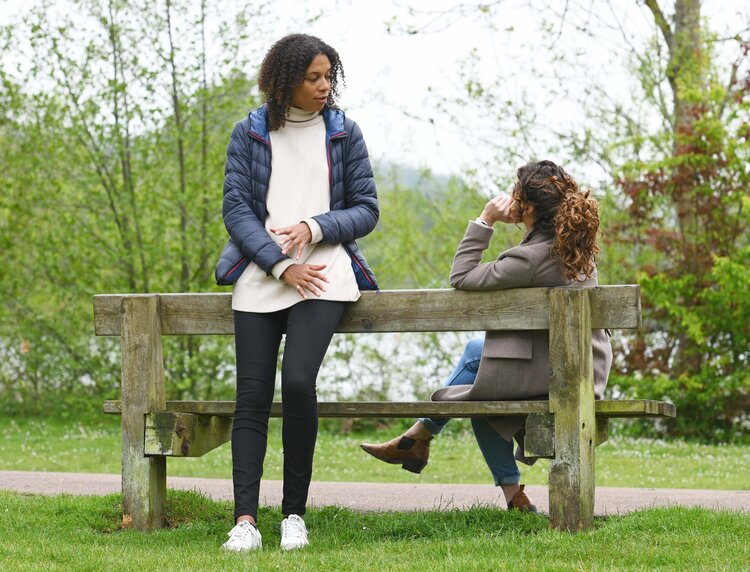 ‘Jenny’ in conversation with Naima Sakande

On a personal level, I was shocked but at the same time I wasn’t because I’ve had the door shut on me many times’, says ‘Jenny’ (anonymized for legal reasons).

Back in October, Jenny – supported by a team of lawyers from the legal charity APPEAL – sought permission from the Court of Appeal to challenge her conviction for causing serious physical harm to her young baby son. Jenny had been sentenced to 10 years of imprisonment, later serving a five-year term upon appeal. Her unsuccessful appeal at the end of last year had been billed by domestic abuse campaigners as a potential landmark challenge on the law relating to coercive control. As previously reported on the Justice Gap, fresh evidence submitted for her appeal appeared to shed new light on what the courts had initially ruled was an open-and-shut case involving a mother who forcefully threw her child on the ground.

Jenny, it was argued at the appeal, had been subjected to a long and vicious cycle of coercive control and domestic abuse by her ex-partner that reached its apex on that fateful early-morning of June 24th in 2016. According to her testimony, a punch to the left side of her forehead caused her to fall backwards and drop her baby over her shoulder. New evidence for the appeal included a statement from Jenny’s psychologist that likened her alleged abuse to ‘torture’, drawing attention to allegations that she was deprived of sleep and food and unable to leave the house for extended periods of time.

New witnesses attested to a fight between the couple on the night with Jenny shouting: ‘You hit me’. Then there was medical evidence confirming that she had been diagnosed with ‘post-concussion syndrome’ after being taken to A&E on her arrest. The court was also presented with a contemporaneous note of a hand injury to the fist that Jenny’s ex-partner is alleged to have punched her with that was not disclosed to her original trial lawyers. Amidst this fresh evidence, there was one point reiterated by her barrister in court: that of Jenny’s factual innocence, demonstrated, it was argued, by the accidental causation of her baby’s head injuries and the fact that she herself had been assaulted on the night in question. Whereas the prosecutors at Jenny’s trial were prepared to accept this account of events, they argued that such a scenario failed to provide an alternative plausible explanation for the established cause of the offence.

The Court of Appeal ruled that there was ‘ample independent evidence of domestic violence having occurred’ in the relationship, and that ‘the applicant was punched’ by her ex-partner on the same night her son was injured. Yet the court refused to accept that ‘this was the mechanism which led’ to the baby’s injuries. 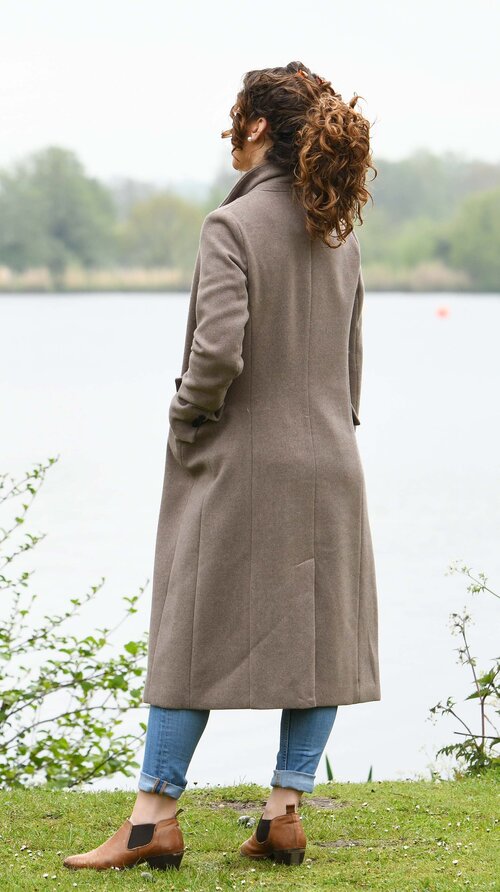 I speak to Jenny some weeks after the verdict. It had been a traumatic period for Jenny and her loved ones. ‘My sister has been incredibly supportive,’ she told me. ‘She was in complete shock, and I think she’s probably taken it worse than me, she was incredibly angry – friends of mine too have been very supportive. They knew.’

Naima Sakande, who manages the Women’s’ Justice Initiative at APPEAL, is all too aware of the hurdles facing people in Jenny’s position fighting to clear their names. ‘We’re working in an extremely restrictive and regressive system,’ she says: pointing out that the number of criminal appeal cases brought and allowed by the Court of Appeal have ‘drastically declined’ since the 2013 legal aid cuts. Statistics published by the Court provide a much more sobering picture of the criminal appeals landscape in England and Wales, one that predates the cuts to funding. Almost three-quarters (73%) of conviction applications between 2011 and 2012 were refused by a single judge.

Sakande believes that the lack of funding has had a severe ‘knock-on effect’ on the willingness of criminal barristers to adequately represent appellants, and on judicial attitudes towards appeals cases. ‘Fresh evidence appeals are incredibly hard to win; the court currently only seems to be interested in complex legal argument.’

Though acknowledging that her appeal had the potential to ‘go either way’, Jenny states that the judgement was a ‘hard pill to swallow’ and credits her children for inspiring her resilience following the hearing. ‘I’m just trying to get on, that’s the best thing we can do. Otherwise it’s very easy just to fall into that rabbit hole,’ she explains.

She remains defiant. ‘I really don’t want to allow someone to close the door and not be held accountable, and then inflict that amount of pain all over again victimised. The last thing I’m going to allow is for him to be empowered through the eyes of the court’.

Too little too late
Back in 2017, a report by the women’s rights NGO Sisters for Change found that BME women suffer domestic abuse for approximately eight years on average before disclosing their experiences and seeking support, above the national average of over two years. According to the report, the funding crisis for specialist domestic abuse services due to cuts in local authority budgets, as well as the ‘failure to accurately assess the nature and level of risk posted to victims by perpetrators of domestic abuse’ during police investigations and assessments by public services, are some of the key factors contributing to the delayed disclosure of domestic abuse.

Indeed, a 2020 report by the charity Women’s Aid (Fragile Funding Landscape) found that more than one in five refuge services in England (269 in total) were not funded by their local authority. This was despite the fact that the government had announced plans to introduce a new legal duty on local authorities to fund safe accommodation for survivors of domestic abuse and their children in 2019.

‘Delayed reporting is a huge issue and anyone working in the domestic violence sector will understand that its exceptionally rare for someone to speak out the first time it happens, and that it takes women multiple tries to escape abusive relationships,’ says Sakande. Jenny’s story, she believes, is part of a problem that has become endemic. A BME woman, university-educated and in full-time employment, Jenny began a relationship with a man she believed to be charming and kind, only to be subjected to emotional manipulation that escalated into acts of physical and mental violence. ‘When the police showed up, they rarely separated the two of them,’ Sakande explains. ‘She didn’t feel safe to say that she’d been injured because that person, her abuser, is stood right there.’

Jenny resolved to spend as little time as possible in her cell when she began her original sentence, started attending classes and met a group of women that she describes as ‘brisk and open when talking about their experiences of abuse’. For Jenny, prison – and her newfound solidarity with other prisoners in her unit – was an almost-freeing experience compared to her abusive relationship. ‘We formed friendships through the abuse that we’d each went through,’ she says. However, she also suffered from persistent anxiety, including flashbacks of the abuse she suffered.

Jenny was eventually diagnosed with post-traumatic stress disorder in prison. She recalls: ‘To this day, I still don’t acknowledge the severity of what went on. When I tell other people about what I’ve been through – extreme acts of physical violence – it still sometimes feels like the norm for me. But speaking to other survivors, I know I’m not the only one.’ She reckons that ‘95%’ of the women inside went through abuse in some form’. ‘When other people are having nightmares or suffering from PTSD, and you find each other and help each other out, that’s what makes you realise that you’re actually a survivor and no longer a victim.’

A couple of months into her sentence, Jenny wrote to a barrister to inquire about the prospects of challenging her conviction. The barrister directed her to APPEAL. Jenny described their response as ‘warming’. ‘People say that you are innocent until you are proven guilty, however it is very much the opposite when something happens – you are guilty till you prove yourself to be innocent.’ She remains deeply upset at the way in which those institutions tasked with protecting survivors of abuse – the police, NHS, Prison Service, judiciary and courts – treat those subjected to controlling behaviour.

‘There were no attempts to separate my abuser from me and question me correctly,’ she says. ‘When they did, he was either there with me in the room or it was every abrupt – like they were pointing the finger at me, calling me the abuser. I was let down. I wasn’t heard. But it’s not words they need to listen to; it’s seeing and knowing what’s right from wrong – it’s common sense.’

'Step backwards' for women’s rights as court refuses appeal…
Mother convicted of harming baby to appeal on basis of…
Oval four: final conviction overturned
Depp loses libel case: 'No survivor should have her voice…
UNJUST PODCAST: The story of Winston Trew and the Oval four…