#Jamaica50: ‘Our belief about our place in this country has been broken’

#Jamaica50: ‘Our belief about our place in this country has been broken’ 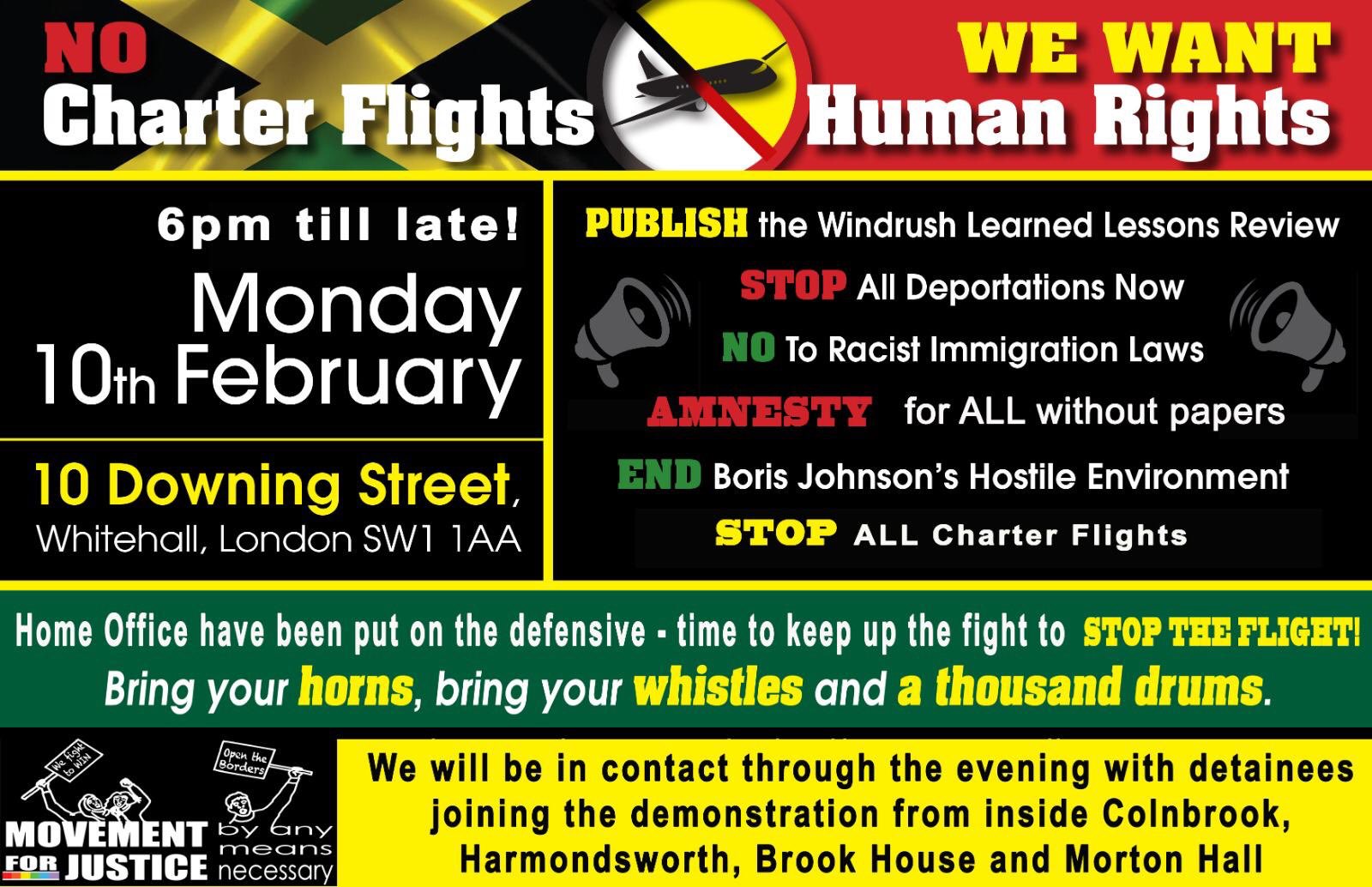 Early this morning, despite incredible last ditch efforts by heroic immigration lawyers who battled in the Court of Appeal until 1am, a charter flight carrying British or long-term UK residents, left Britain for Jamaica – its passengers being forcibly deported.

The deportees were mostly young men with young families and/or carers for their elderly relatives. Many of them grew up in the UK, went to school in the UK and have jobs supporting their families in the UK. All of them are of Jamaican descent but not all of them were Jamaican.

So why were they being deported? Well, to listen to the statements of ministers over the past few days, the government would wish you to believe that every single passenger on the deportation flight was a hardened criminal who was beyond redemption. Labels of the most heinous kind were being thrown around like confetti in order to justify the flight. Over the last few days, Ministers have been shameless in their efforts to mislead and exaggerate about the characters of the deportees with devastating consequences – not only for these young men but also for the integrity of the United Kingdom as a whole.

But fair and decent-minded people in this country saw through the Government’s lies and there is outrage about the flight and all that it symbolised. From ordinary British people of all backgrounds, to the 170 parliamentarians who wrote to the Prime Minister on Sunday urging him to intervene, to the lawyers who brought the emergency legal actions in court, to campaigners led by grassroots’ Black British groups such as Black Activists Rising Against Cutsand BAME Lawyers for Justice who have spearheaded protests outside Downing Street, we are all angry.

We are angry because this devastating situation has only served to reinforce the disgraceful ill-treatment of the Windrush generation that is still taking place; with the majority of Windrush victims still destitute, uncompensated and suffering mentally and physically because of what their own government has put them through.

The idea that the Government actively wishes to deport people who may well be British has served only to cause Britons of Caribbean heritage to relive a trauma from the original Windrush scandal from which we have still not recovered.

Instead of writing the wrongs of the Windrush scandal by publishing and digesting the recommendations of Windrush ‘Lessons Learned’ Report and holding a Public Inquiry, the Government is instead ploughing ahead in a way that just makes no sense. Why now and why in this way? The only message this morning’s flight sent is that the lives of British citizens and long-term residents of African Caribbean heritage are cheap, dispensable and do not matter. In short, because we are black, the government does not consider us British.

Why do I say that? Well, because British citizens or long-term UK residents from other parts of the world are not having whole flights chartered by the British government to carry out mass deportations in the most-high profile and gratuitous way.

We are not seeing white young men whose families originate from Australia or New Zealand having their homes raided in the middle of the night by eight to 10 immigration officers, thrown into detention and deported in chains and shackles on a group flight with other Australians or New Zealanders.

We are certainly not seeing people of those backgrounds deported for the possession of cannabis or – in the case of Reshawn Davis – deported 10 years after a crime for which he was later found not to have committed. Nobody has ever mentioned deporting Rolf Harris.

The Conservative party has always preached family values and celebrating the presence of the father in the home. Why then has the Government sought to glorify the deportation of young men with young babies – some of them stay-at-home fathers – and rip apart stable families. If these deportations continue, the Government’s actions will lead to a new generation of young, fatherless, black children become future victims of gangs and mercenaries.

We were told during the Brexit campaign and in the referendum’s aftermath, that Brexit would herald the beginning of a glorious new chapter for ‘Global Britain’; that it would enable Britain to reconnect with the Commonwealth for the benefit of all Britain’s citizens. Well instead, it appears that – as many Black Britons feared – the government clearly does not consider people of Caribbean heritage part of the ‘Global Britain’ equation.

For Boris Johnson’s government, we will never be fully British and that is why – even when there is powerful evidence that we might be a British citizen through Windrush descent – the government’s default position will always be that we are ‘foreign’.

As a result of the charter flight that left today, a whole community’s belief about our place and value in this country has been irretrievably broken. This Government did not seem to understand or care that by deporting the young men on that flight this morning, they were essentially deporting us all.

Miranda Grell is a barrister and campaigner with BAME Lawyers for Justice. She tweets at @mirandagrell