An Important Message to University Law Students: Innocence Projects are Not Immune

‘Price Competitive Tendering (PCT) in criminal legal aid will inevitably lead to a surge in applications to university innocence projects. Discuss.’ A fictitious undergraduate law exam question, of course, but it’s one which law students should be grappling with. 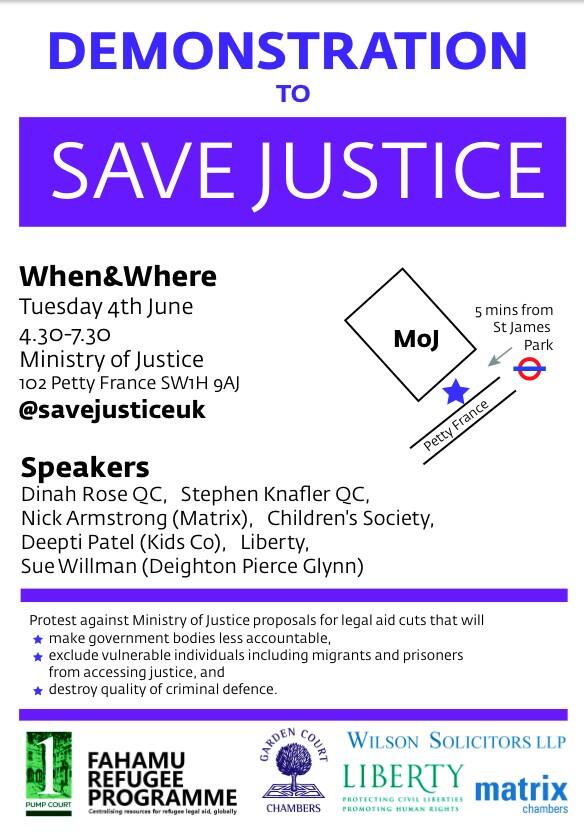 Many commentators on www.thejusticegap.com and elsewhere have spelled out in compelling rhetoric the devastating effect that PCT will have on clients and practitioners alike. It will inevitably increase the number of miscarriages of justice and reduce, if not eradicate, the already barely-existent avenues of assistance for alleged victims of wrongful conviction. A number of academics have penned a letter in The Times, voicing serious concern. But let’s be in no doubt – this also affects those of us who are not necessarily ‘traditional’ academics, but a mixed bag of former practitioners, vocational tutors and other academics who run, or are involved in, university innocence projects, and our many students too.

Innocence projects came to the UK in 2005, started in elite Russell Group universities such as Bristol, first, followed by Leeds and Cardiff. This ‘innocence movement’ has expanded rapidly as universities face increasing demands from students for real client opportunities, driven by that newly-pressing word ’employability’ and consequential career expectations.

There are currently more than twenty-five UK universities with innocence projects, with varying degrees of activity and caseload, but probably with over 600 students actively working on at least 70 cases. Additionally, others run criminal appeal clinics or miscarriages of justice units.

At Cardiff, we have just completed eight full years of the hard labour that is our project. To date, no UK university has succeeded in overturning a conviction. Bristol has had two cases heard at appeal, but neither has succeeded. At Cardiff, we have submitted six cases to the CCRC, but five of those have been rejected, with the final one still under review. It is only natural that we are despondent. Eight years ago, I thought innocence projects were a marvellous teaching tool that had a real chance of achieving social justice.

Now, I am significantly less hopeful, but the fact remains that the concept is very attractive to law students, and there is a huge unmet legal need.

During our work, we have uncovered myriad problems within our cases, some of which are arguably related to poor defence work. However, most innocence projects rely to some extent on the goodwill and criminal appeal expertise of practising solicitors and barristers, who work with us pro bono.

In one of our cases, a senior partner in a law firm has worked pro bono for over 20 years on one particular case that he considers to be a major miscarriage of justice. He continues to give us his support and time, free of charge, after all this time, despite being considerably longer in the tooth than he was at the time our client was convicted. In another, we are supported pro bono by two barristers based in London, who are Cardiff graduates. Academic staff supervising innocence project work simply do not generally have the expertise to run a project without the input of practitioners. After eight years at the coalface, we share the frustrations of colleagues with ‘the system’, but that does not change the fact that we need expert criminal practitioners working alongside us if we are to have any chance of getting anywhere, as things stand.

University innocence projects are struggling – I know that I speak for many when I say that. We will struggle even more when (not if) we are faced with the prospect of many more desperate prisoners seeking our collective help. Managing expectations is not easy when faced with heart-wrenching stories of broken people.

I fear that it won’t take many more straws to break the back of the fragile innocence movement, and the increased demands that will ensue as a consequence of PCT may well result in university colleagues choosing to opt out of innocence work because it is so damned difficult.

University innocence projects have only been able to play a small part in the miscarriage of justice jigsaw compared to the work of experienced and dedicated criminal appeal practitioners. But an inevitable (in my view) reduction in the number of university innocence projects and the lost opportunity to educate our future lawyers about the iniquities of our criminal appeal system will be another sad consequence of misguided money-saving politics.

The concept and model of criminal appeals assistance as envisaged by the embryonic Centre for Criminal Appeals is also at risk, courtesy of PCT, as touched upon by Mark Newby HERE. This would be yet another opportunity lost for creative partnership collaboration in the wrongful conviction quagmire.

Innocence projects are generally at pains to stress that we are not campaigners. But we need to support our practising colleagues who have had to act and react in unprecedented ways over past months in the interests of saving justice. So this is an urgent message to all law students interested in (in)justice: be in no doubt that this affects you.

Why not celebrate the end of your exams with a trip to London to join the 4th June rally outside the Ministry of Justice, 4.30 – 7.30pm? You will witness a passion from practitioners the likes of which you will probably never see again, and at the same time you will have something very relevant to talk about at job interviews…

Please forgive me, but I won’t be holding my breath
Disclosure failures: Causes, controversies and challenges
Reimagining the law: Transcribing injustice
‘I’ve sold my house and spent my life savings to get…
'Victimised twice over: once by the court and then…