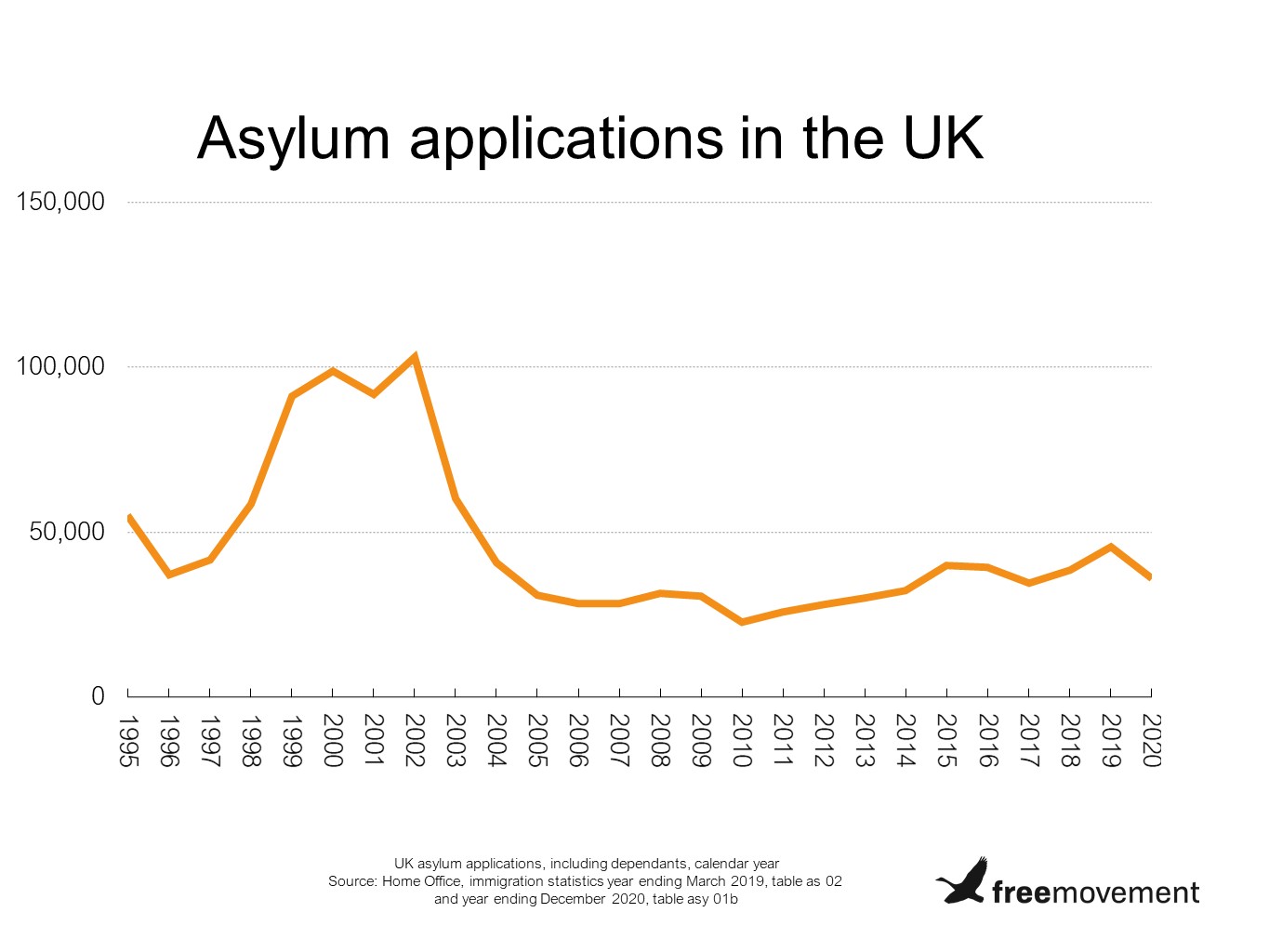 The British Red Cross has branded Priti Patel’s proposals to ‘fix the “broken” asylum’ system ‘inhumane’. The Home Secretary plans to increase the maximum prison sentence from the current six months to five years for anyone caught illegally back in Britain after being deported for a criminal offence.

According to a report in today’s Daily Telegraph, the Sovereign Borders Bill would require ‘every foreigner face a criminal check before they get on a plane to Britain to stop criminals entering the UK’. ‘The change replicates tough US measures introduced after the 9/11 attack,’ it adds. The Home Office claims the asylum system is ‘collapsing under the pressures’ of ‘illegal routes to asylum facilitated by criminals’.  ‘If people arrive illegally, they will no longer have the same entitlements as those who arrive legally, and it will be harder for them to stay,’ Patel said. ‘If, like over 60% of illegal arrivals, they have travelled through a safe country like France to get here, they will not have immediate entry into the asylum system – which is what happens today.’

The Home Office explains that for the first time ‘whether people enter the UK legally or illegally’ will have effect their asylum claim and on status in the UK if that claim is successful. ‘We will make every effort to remove those who enter the UK illegally having travelled through a safe country in which they could and should have claimed asylum,’ it says.

Free Movement, the website run by immigration barrister Colin Yeo, has published a guide for journalists to explain the context for the new proposals. ‘We’ve seen a constant drip of leaks about the UK’s “broken” asylum system and how the upcoming Borders Bill or Sovereign Borders Bill… will be the “biggest overhaul of the asylum system in a generation”. A lot of this is cover for problems that the current management of the Home Office has caused,’ Yeo writes.

New post: What is actually going on at the Home Office? A guide for journalists https://t.co/58kSK7j1VX

Mike Adamson, chief executive of the British Red Cross, called the proposals ‘inhumane’. ‘We should not judge how worthy someone is of asylum by how they arrived here. The proposals effectively create an unfair two-tiered system, whereby someone’s case and the support they receive is judged on how they entered the country and not on their need for protection. This is inhumane.’

Beth Gardiner-Smith, CEO of Safe Passage International, said there was ‘nothing to celebrate’ in the proposals which would ‘do nothing to prevent dangerous Channel crossings, whilst making the lives of many who have fled war and persecution a misery’. She continued: ‘It is heart-breaking too that the Government seems set to make it more difficult for refugee families to reunite, leaving yet more child refugees stranded and alone.’

‘If the Government were truly serious about breaking the business model of the traffickers, they would be significantly expanding the safe routes for refugees to seek sanctuary here in the UK so they can reunite with family and rebuild their lives,’ Gardiner-Smith continued. ‘They should not pushing policies that have already been proven to fail and will cause suffering for so many.’