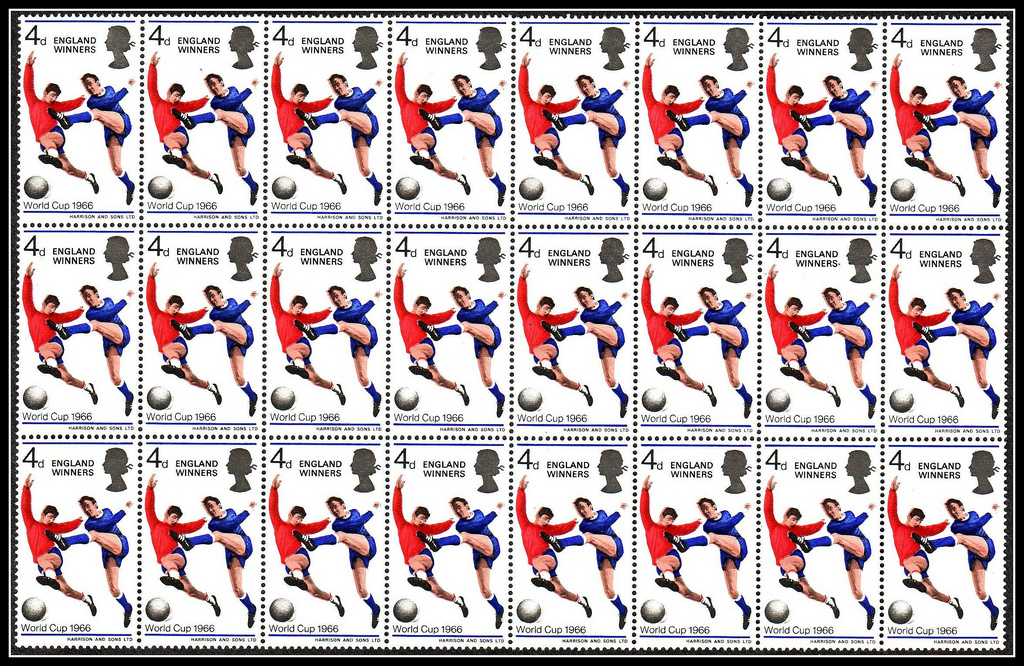 Much has been spoken and written about human rights and Strasbourg from the perspectives of law and politics. There is, however, a missing perspective in this debate – namely sport. In particular, given the inextricable links between the history of human rights and the development of the beautiful game, and the problems both currently face, it is not quite as crazy as it might first sound, that those considering leaving the European Convention and Strasbourg in favour of a British Bill of Rights, might just have something to learn from the professional footballing community. Pic from Flickr under creative comms by Footysphere

Although clearly there are other claims, many would argue that both human rights and football were invented in this country. Both were first recorded (in the UK at least), in the 13th Century: the Magna Carta being introduced in 1215 and in 1280, the first account of kicking ball game, which recorded that a player was killed by running on to an opponent’s dagger (rather puts modern day complaints about aggressive tackles in perspective).

The 16th and 17th century saw the development of important concepts that are still relevant today. Football teams were described as “sides” or “parties” and they started to use “positions” or “standings”. A referee, or “judge over the parties”, was introduced, and the importance of the protection of property was recognised, with a goal and a goalkeeper being used for the first time. Even equality of arms became important: “the players being equally divided according to their strength and nimbleness” (underused characteristics for lawyers in modern times).

Many of these ideas were exported during the 17th and 18th centuries.

It is difficult to know which moved further from the original ideas: the right to bear arms, or the creation of American football in which the foot and the ball rarely meet.

Both experienced significant codification during the 19 Century. Essential texts such as Thomas Paine’s The Rights of Man were published. And in the football world, the FA was established in and various sets of existing rules were codified.

Tactical naivety
In the first half of the 20th Century, the world, through force of unimaginably horrific circumstance, was taking an increasingly international approach. Between the World Wars, the League of Nations was established and the first World Cup was played. However, the British establishment did little to reflect those developments at home, seeking to maintain a form of martial law under the Defence of the Realm Act and similar legislation, while also refusing to play in the World Cups.

What followed the Second World War is described as a period of “tactical naivety” for British football, and much the same epithet could be ascribed to the British approach to human rights. Although in both senses seeking to engage with international developments, such as the Universal Declaration and the European Convention (as well as World Cups), this made little difference at home, as there was no means for British citizens to exercise their rights.

That brings this short historical tour to 1966.

A crucial year and one that should be indelibly inscribed in the minds of all British citizens as the first year in which individuals were entitled to take claims to Strasbourg. And, of course, England won the World Cup.

Scientific proof, I suggest, that greater respect for human rights leads to sporting success (and if we could only convince the powers that be of that, the world might be a better place).

But the UK soon gets left behind again. Missing World Cups and European Championships, unable to keep up with the tactical developments on the continent. In the human rights world, the relationship between Strasbourg and the UK courts becomes increasingly uncertain.

The 90s brings a period of re-branding and rebalancing in the relationship between the UK and Europe. Football is ahead of the game with both the Premier League and the Champions League established in 1992. Six years later, human rights are brought home with the passing of the Human Rights Act.

Yet the response from the powers that be to these complaints could not be more different. The response of footballers, a group not generally known for their humility, is not to say:

No, the footballers say:

Because the footballers understand that if you are not playing in the Champions League, then your domestic league is not going to premier for very much longer.

If the relationship between Strasbourg and the UK is not working, then we should be strengthening it,

Human rights law is a dialogue, and if we walk away from Strasbourg, we are left talking to ourselves.

In this respect, I could not agree more with the Conservatives (in 1997, not now of course). Lord Kingsland, Conservative spokesperson on the Human Rights Bill then before the House of Lords moved an amendment seeking to make Strasbourg jurisprudence binding:

“The problem is that if our judges only take account of the jurisprudence of the European Court of Human Rights, we cast them adrift from their international moorings. The Bill, crewed by judges, will have no accurate charts by which to sail because the judges are obliged only to take into account the provisions of the Convention. That means that the Bill is effectively a domestic Bill of Rights and not a proper incorporation of international rights.”

He may have preferred a sailing analogy to football, but the message was clear and remains my message today (if no longer the message of the Conservatives): A strong relationship with Strasbourg is essential for the good of the people of the UK.

Our print magazine is Proof. Contributors include Michael Mansfield QC, Bob Woffinden, David Rose, Eric Allison and Ian Cobain.
Buy Proof Magazine
The latest issue (Why legal aid matters) includes Helena Kennedy QC and Martha Spurrier in conversation, David Conn on the legacy of Hillsborough - plus how to build your own law centre.
Jamie is an associate solicitor in Bindmans’ public law and human rights team