Holding back the tide: the courts and climate change

Holding back the tide: the courts and climate change 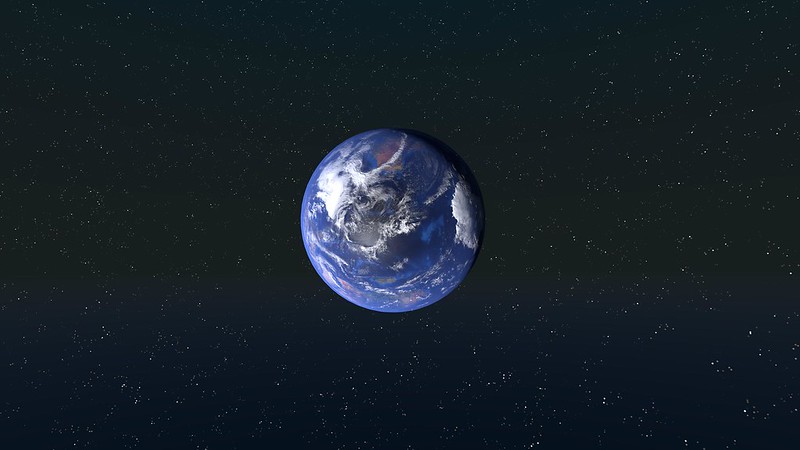 Last week a London coroner’s court made history, finding that air pollution was a direct cause in the death of a nine-year-old girl, Ella Adoo-Kissi-Debrah. Rather than treating it as an unfortunate addendum, as deaths brought about by pollution have previously been, it was listed as a factor in Ella’s death as crucial as her acute respiratory failure and severe asthma. This decision emphasises how the climate change debate has moved on, with the harm done to us and the planet by toxic emissions now indisputable. The evidence points one way alone. But decisions like this, welcome though they are, are not enough- they must be a precursor to more dramatic action from governments and international bodies.

Ella grew up in Lewisham, a London suburb, with her family’s house bordering on the South Circular Road, a major thoroughfare across south London. It was their proximity to this road that caused Ella’s death in 2013, with the air pollution constantly exceeding legal limits between 2006 and 2010, exacerbating her asthma and forcing her to hospital almost 30 times in the three years before she died. No one, especially those living in advanced nations with stringent regulatory standards, should be forced to hospital because of the environment they live in, yet this is what Ella faced, and what others continue to face. Elsewhere in London, Oxford Street continues to surge past its annual nitrogen dioxide limits in the first few months of each year, and in France, the EU is taking France to court once more for the dismal state of Paris’ air.

The decision of Philip Barlow, the presiding coroner at Southwark Coroner’s Court, may be the first coronial decision in the world to link a death with air pollution, but it is consistent with global judicial trends. Judicial decisions increasingly reflect the scale of the climate emergency, holding governments to account on environmental harms. In the Urgenda case last year, the Dutch Supreme Court found that the Netherlands government has a legally enforceable obligation to reduce emissions, ordering it to cut carbon emissions by 25% by the end of 2020. Across the Atlantic, the Superior Court of Justice in Canada has allowed a case brought by youth activists challenging Ontario’s climate targets to proceed; while the European Court of Human Rights (ECtHR) has fast-tracked a case brought by a group of young Portuguese, who argue that the developing climate emergency violates their right to life and fails to respect their private lives, breaching Articles 2 and 8 of the Convention respectively. As well as prioritising the case, the ECtHR took the rare step of asking to plaintiffs’ to extend their submissions, and put forward argument on how their Article 3 rights, which prohibit torture and degrading treatment, are violated by the climate emergency as well.

Not all climate litigation is conducted on such a large scale, however, with courts considering the exigencies of the climate emergency locally too. For instance, last week, Australia’s NSW Environmental Court upheld the Independent Planning Commission’s rejection of a coal-mining proposal from Kepco, the South Korean mining company, citing the environmental impact and the cost it would have on further generations. This is not the only recent setback for Kepco and other mining firms, with the High Court in Pretoria prohibiting the construction of the Thabametsi power station, setting aside the South African government’s approval of the plant. In America, which has previously been a relative haven for fossil fuel-based companies, their Supreme Court is due to hear argument in the new year on whether corporations can be held to account in US state courts for their role in the climate emergency, with the Biden Administration likely to reverse the current position and argue for corporate liability. Small-scale judicial decisions like these are crucial for holding back the tide, with the independence of the judges allowing them to evaluate the short-term economic benefits of the proposals with a more critical eye, weighing up these benefits against the damage they may wreak in the future.

Beyond the use of current laws and rights protections, other legal campaigners are seeking to have ecocide recognised as an international crime, to exist on the same plane as genocide, war crimes and crimes against humanity. Seventy-five years after these international crimes were adopted at Nuremberg, Philippe Sands QC is co-chairing a panel assembled by the Stop Ecocide Foundation to draft a legal definition of ecocide. Jojo Mehta, the foundation’s chair, has said that the project hopes to elevate ecocide from beyond the ‘general concept…of mass damage and destruction of ecosystems (which) is reasonably well understood’ into a definition that is ‘clear and legally robust’ and which can be used to prosecute individuals and nation states that continue to lay waste to the environment.

Being able to hold individuals, corporations, and governments criminally accountable for ecocide is a noble ambition, but when America and China, two of the most polluting countries in the world, do not acknowledge the authority of the ICC, it is an endeavour unlikely to bear fruit. And even if they did, it is doubtful that the threat of further judicial decisions, even those with criminal consequences, can drag the world back from the brink. Across the six inhabited continents, over 1,600 cases related to climate change have been filed, and yet the climate emergency still escalates.

As the UK Supreme Court decision on the third runway at Heathrow showed this week, most authority still ultimately lies with national governments. In Friends of the Earth, the Court found that despite the government signing the Paris Agreement, promising to keep the global temperature below 1.5 degrees of pre-industrial levels, this did not mean it had become a ‘government policy’ that the justices could require the then-Transport Secretary, to follow. Moreover, while the Supreme Court’s decision would have stopped, for the moment, construction beginning on a project that may have worsened the climate emergency, not all judicial decisions on the climate have such obvious benefits. For instance, in the Dutch Urgenda case, if the Netherlands’ government fails to meet the judicial target, there is little of consequence that can be done to mitigate this. It isn’t like the prorogation decision, where the Supreme Court can order Parliament to return and life can continue as though the wrong never happened. The damage has already been done.

Instead, while these court decisions do push back against the relentless march of climate change, what we must truly hope they do is emphasise the reality of the threat to the public. Programmes like Planet Earth have done much to change public opinion, showing the devastation that climate change is wreaking on animal- and human-habitats, but the threat still seems remote. The idea that the Maldives or Bangladesh may be uninhabitable within decades remains a distant and improbable prospect. Court judgements, in contrast, are harder to ignore, making clear the reality of pollution and climate change. Across much of the world, the public still holds the judiciary in higher regard than nearly any other branch of government, and there is a huge difference between David Attenborough showing upsetting clips of macaques losing their habitat, and a coroner saying that a girl has died because the UK government failed to regulate emissions.

Many governments, including the UK, are adopting the right rhetoric over climate change, but rarely is this rhetoric matched by policy. Only popular pressure that can ultimately help policy catch up with the rhetoric, with the people needing to show politicians that environmentally sustainable policies are electorally viable. Judicial decisions play a crucial part in this, legitimising the urgency of the climate debate and moving the threat of climate change off our screens and onto our streets.