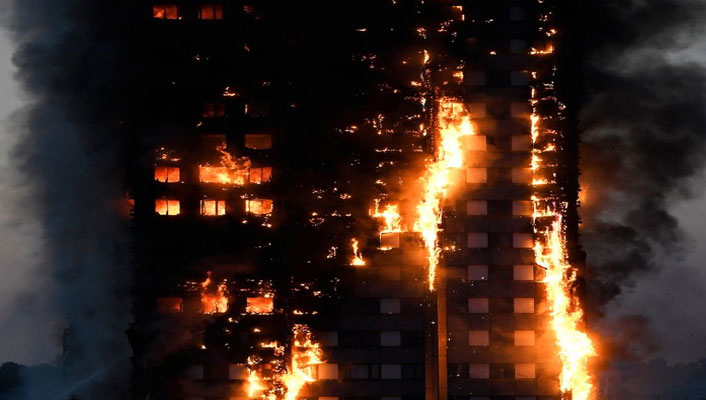 In a famous case in 1923, the then Lord Chief Justice, Lord Hewart held that it was ‘not merely of some importance but is of fundamental importance that justice should not only be done, but should manifestly and undoubtedly be seen to be done’.

He did not conceive the formulation of this now well-known phrase but certainly is responsible for its modern day usage. The principle underpins the basis upon which judges govern whether they can properly adjudicate the issues in any particular case. Its proper application is the lifeblood of the modern independent judiciary.

In the proceedings to extradite General Pinochet that began in 1998, the then House of Lords found that one of its own judges should not have sat on an appeal arising out of the issues it gave rise to. That judge, Lord Hoffman, was a director of Amnesty International, an interested party to the proceedings. Whilst there was no finding Lord Hoffman was in fact biased in favour Amnesty, the risk of perceived bias was such that the decision was impugned.

That is quite some act of introspection on the part of the most senior judges in the land but it is what makes our judiciary (generally speaking) not susceptible to serious arguments that they are not independent from government.

This is what makes the calls for the removal of former Lord Justice of Appeal Sir Martin Moore-Bick as the chair of the inquiry into the Grenfell Tower Fire disconcerting. True, he warned residents that the proposed terms of reference as he understood them to be were narrow. Sir Martin does not set the terms of reference – this is the function of the relevant Minister under section 5 of the Inquiries Act 2005 and has not yet taken place. As far as it is possible to tell, the former judge’s comments have simply increased calls on the widening of the terms of reference and emphatically the critical need for the involvement of victims, survivors and other participants in drawing up what those terms of reference should be.

He was also one of three judges who sat on the appeal in Nzolameso v City of Westminster [2014] EWCA Civ 1383, a case involving the decision to re-house the appellant from Westminster to Milton Keynes where the original judge had held that decision of the council was correct.

The case proceeded to the Supreme Court. In one of its shorter decisions, running to a modest 12 pages, it held that the reasons provided for the decision reached were not sufficient (they were contained in a single paragraph) and gave such guidance as it felt it was able to do in the circumstances. It was said of the original decision to re-house (as opposed to any judgment of the first judge or those sitting in the Court of Appeal, including Moore-Bick LJ as he then was) that it amounted to ‘social cleansing of the poor’.

On the basis of his role as the presiding judge in the Nzolameso case it is also said he is unsuitable to chair the inquiry. There is no criticism of the Court of Appeal’s decision by the Supreme Court – it simply reversed the decision of the lower court – as it does week in and week out. Allowing an appeal is rarely an indictment of the earlier decision but evidence of a progressive, reflective judiciary. Moreover, it is not reasonable or sensible to condemn a judge on one decision alone.

Finally it is said Sir Martin lacks empathy with the victims. Former Lord Chief Justice, Lord Judge said of this suggestion: ‘He (Moore-Bick) has to make a careful analysis of evidence – unemotionally – but understanding the emotions.’

Unpalatable as it may be, this is absolutely correct.

In reality, for a properly appointed judge to be ‘recused’ – to step aside in non-legal language – a threshold, identified from a series of established decisions, needs to be met. The accepted test as set out by the Supreme Court is ‘whether the fair-minded and informed observer, having considered the facts would conclude that there was a real possibility that the tribunal was biased’.

The emphasis is that this should not be the view of those directly but those detached from it, knowing all the facts. It extends further to any real possibility that a judge would approach a case with a closed mind or, indeed, with anything other than an objective view; a real possibility in other words that he might in some way have ‘pre-judged’ the case.

There is no evidence that Sir Martin Moore-Bick has remotely done so.

It is important to recognise this: the victims and survivors have earned the right to express a view based on how they feel in the aftermath of the tragedy.

As the poet Seamus Heaney wrote:

Human beings suffer
They torture one another
They get hurt and get hard
No poem or play or song
Can fully right a wrong
Inflicted and endured.

They are entitled as of right to be forgiven. It may not be so easy to forgive those who are expected to be ‘fair-minded and informed’: elected members of parliament and lawyers should exercise caution before attacking the judiciary or perpetuating myths about their suitability. It is not that long ago that for diametrically opposed reasons some quarters of the press condemned judges as ‘enemies of the people’.

At this critical moment, those who were not victims or survivors or their families should not be calling for a lynch mob to hang a properly appointed independent judge from the nearest lamppost but mediating a consensus, ensuring the interests of the families are served and working with the inquiry to secure terms of reference that will deliver justice.

To do otherwise plays into the hands of those responsible for the failings that caused such a terrible loss of life. In this way they might avoid what, for example, the victims of Hillsborough endured and instead, to quote Heaney again, ensure this is Grenfell’s legacy:

History says, don’t hope
On this side of the grave
But then, once in a lifetime
The longed-for tidal wave
Of justice can rise up
And hope and history rhyme.

Government response to Faulks review ‘cover for…
Wales should have its own devolved justice system,…
'Our politicians should be careful about what they wish for'
Director of Grenfell company steps down
‘If they don’t listen to us, then who will they…