The time has come to scrap two-hundred-year-old Vagrancy Act, says the homelessness charity Crisis in new report published ahead of plans to review the legislation. 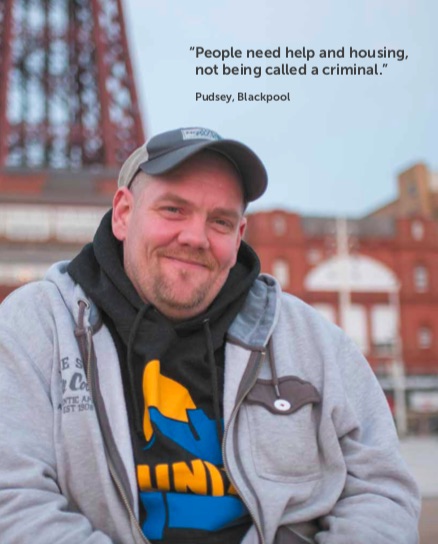 The Vagrancy Act, which criminalises begging and rough sleeping, does nothing to help bring about the changes needed to tackle the problems faced by people who are homeless, the report contends.

Lord Bernard Hogan-Howe, former commissioner of the Metropolitan police, said that the legislation ‘implies that it is the responsibility of the police alone to respond to these issues [rough sleeping and begging], but that is a view firmly rooted in 1824’. ‘Nowadays, we know that multi-agency support and the employment of frontline outreach services can make a huge difference in helping people overcome the barriers that would otherwise keep them homeless,’ he said.

Comments shared with Crisis by St Mungo’s outreach staff also indicated that people on the street and outreach support workers shared the view that the legislation was ‘outdated’.

According to Crisis, there were 1,320 prosecutions in 2018 under the Vagrancy Act. Use of the legislation has fallen since 2008 however there were notable spikes in 2012 and 2014. However, Crisis is concerned that the history of the Act suggests that ‘this trend could reverse, and its use could increase again in the future’.

Research by Crisis also found that, despite a decrease in the use of the Act against people who are street homeless, seven out of 10 local authorities used some form of enforcement activity such as legal penalties or sanctions and a fifth (18%) were intending to use further ‘defensive architecture’ to prevent people settling or bedding down. Justice Gap has previously reported on councils’ use of Public Space Protection Orders under the Anti-social Behaviour, Crime and Policing Act, 2014 to ban rough sleeping here.

‘We know now that enforcement without any form of support can cause problems and does not bring about the behaviour change the Act was originally intended to encourage,’ the report says. ‘Instead there is evidence that it can push people further away from support and cause frustration, further damage to the person, and wasted resources.’

‘Half the homeless in town have been given Vagrancy Act papers now, and most of them have been fined about £100 and then given a banning order from the town centre,’ Pudsey, previously homeless in Blackpool, told Crisis. ‘If they get caught coming back, they get done again and could go to jail, but that means all those people can’t get into town to use the few local services there are for rough sleepers.’

Karl, previously homeless in Liverpool, also told Crisis:‘Arresting people for being homeless only made them stay homeless. You felt like a criminal, so you end up shutting down and just relying on the homeless community instead.’

Sam, who found himself homeless in London whilst living with complex post-traumatic stress disorder from abuse and neglect in his childhood, plus bullying in school and at work, was prosecuted under the Vagrancy Act for rough sleeping. It caused him ‘months of waiting and worry’. ‘The whole experience of the Vagrancy Act was dehumanising,’ he said. ‘Is it really in the public interest to convict people who have the misfortune of being on the streets in the first place?’

According to Crisis research, people who are homeless are‘particularly vulnerable’ to being victims of crime themselves. ‘Yet, while the Vagrancy Act remains in law, these people are actively discouraged from engaging with the police for fear of enforcement measures being taken,’ said Hogan-Howe.

Almost a third (30%) of respondents surveyed by Crisis in England and Wales had been deliberately kicked or hit or experienced another form of violence over a 12-month period and almost half (45%) of people currently sleeping rough had been intimidated or threatened with violence or force. More than half of incidents of violence and abuse (53%)  reported to Crisis were unreported to the police. ‘The main reason for this was the expectation that nothing would be done as a result,’ Crisis says.

Crisis calls for a different approach to that of the Act, one that looks to resolve the ‘root causes’ of the situation for homeless people. It suggests the ‘scaling up of support and outreach services to help quickly link more people who are rough sleeping and/or begging to support’ and addressing anti-social behaviour linked to rough sleeping with a more ‘trauma-informed approach’ from police, with the help of outreach services, that ‘take into account what has happened to people who are currently on the streets’.

Crisis reports that legal advice received makes clear that any behaviour that society would wish to criminalise is ‘covered adequately by more modern legislation’ and in making any change to the Vagrancy Act, England and Wales would ‘merely be following Scotland’s legal and policing precedent that rough sleeping and begging are in themselves not crimes’. ‘By scrapping the Act we can move on from an outdated piece of legislation, putting efforts and resources instead into providing the support and housing that people need,’ it says.

ECHR rules against Switzerland for fining Roma woman…
Applications for legal aid in homelessness cases…
Liberty to challenge MoJ refusal to fund actions…
One in six women leaving prison 'homeless' or sleeping rough
‘If they could they’d send us far, far away’