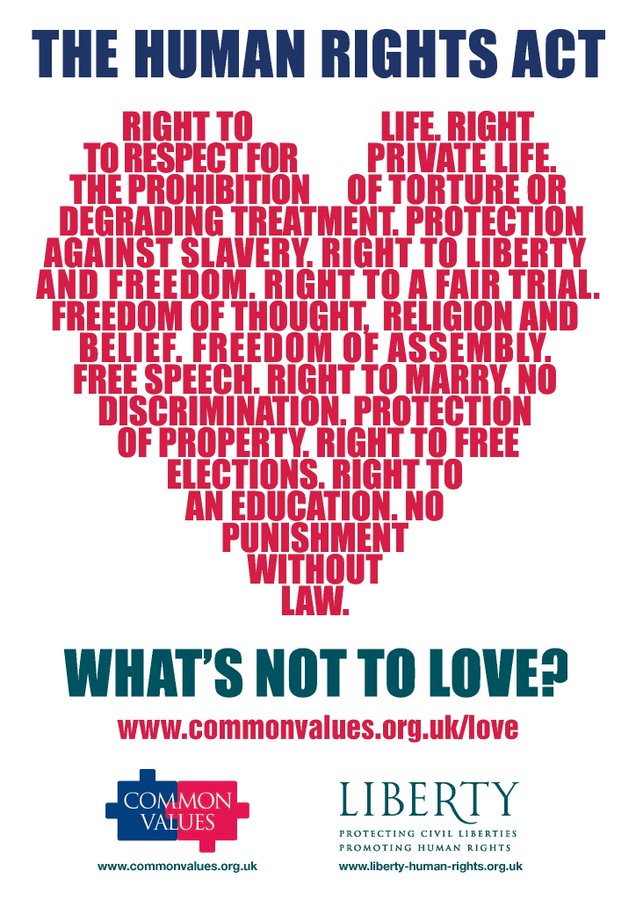 Almost nine out of 10 people support the idea that people should be able to challenge government decisions, according to new research showing high levels of concern over government plans to weaken human rights protections. The research undertaken by the human rights group Liberty Human reports that 39% ‘strongly agree’ that that should be able to hold government to account and a further 36% agree with that proposition.

The polling by nfpResearch shows after months of emerging evidence of rule-breaking at Number 10, 85% of people believe MPs should follow the rules they set. 59% of people strongly agreed that no one should be above the law, including those in power. Only about four out of 10 respondents (41%) had actually heard about the proposals to reform the Human Rights Act and 45% said they were ‘very or extremely concerned’ about the weakening of human rights.

This polling comes as the government attempts to pass a raft of legislation that will weaken human rights protections in the UK, including the controversial Policing and Crime Bill that would criminalise ‘noisy protest’. Government plans to overhaul the Human Rights Act would also strip many legal protections, including limiting migrant rights and the right to redress of those who have previously committed criminal offences.

Liberty and a swathe of other civil society organisations have criticised the consultation process around the Human Rights Act overhaul. They say many disabled people were shut out of the process due to their failure to publish an easy-read version until just 12 days before 12 week consultation closed this week. The document when published, which was designed to make the complex 123 page consultation more accessible was then deemed ‘insufficient to the point of being insulting’.

According to the head of Liberty, Martha Spurrier, this is typical of a government that is trying to ‘put itself above the law’. Despite 45% of people polled saying they are concerned or extremely concerned about the weakening of human rights protections and 43% concerned about plans to criminalise protest, only two in five had heard about government plans to review the Human Rights Act. Just over a third of people had heard about plans to make it harder to challenge government decisions, including through legislation that will weaken the process for Judicial Review.

Spurrier commented on these findings, saying: ‘These figures show that if the public knew what was happening they would not tolerate this Government’s attempts to re-write the rules so that only they can win.’

‘We all want to live in a fair society, where the rules apply to all of us and we can hold those in power to account when they get it wrong. But it’s clear that this Government is trying to put itself above the law, with changes taking place that most people don’t know about. These are not small changes – they will dramatically alter how the public can hold Government accountable for its actions, including when they get things wrong or act unlawfully

‘Ministers would do well to heed these concerns, and reverse what were always going to be deeply unpopular moves to erode accountability.’