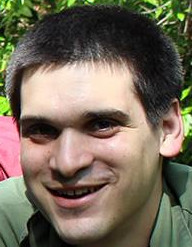 G4S made £14.3 million gross profit by running the scandal-prone Brook House detention centre near Gatwick between 2012 and 2018, according to the spending watchdog. A memorandum from the National Audit Office, reveals that the annual profit declined in the last two after a Panorama documentary from 2017 revealing inappropriate behaviour by its staff.

The Panorama investigation (Undercover: Britain’s Immigration Secrets) aired on September 2017 and exposed physical and verbal abuse to detainees in the centre, as well as falsification of incident reports. As a response, the Home Office and G4S drew up a plan to improve its management of the centre, which included dismissal of staff, changes on their training course and the introduction of body-worn cameras.

The original contract started in March 2009 and was extended last year until May 2020. The Home Office pays around £13 million annually through a fixed monthly fee, with deductions for performance failures. The abuses documented by the BBC were not counted as a performance failure under the contract and the Home Office deemed that they did not constitute evidence of systemic failure by the company. It charged G4S £2,768 (less than 0.5% of the monthly fee) for eight specific incidents.

The memorandum concludes that it is ‘worrying that the normal contract monitoring and incident reports did not communicate the gravity of what was shown by the documentary’. The Home Office also deemed the contract unfit for purpose due to the inability to impose significant financial consequences for the abuse of detainees. According to the spending watchdog: ‘If G4S had not wanted to demonstrate improvement, it would have been difficult to contractually enforce action.’

A new contract will start next year, ‘presenting the opportunity to give more importance to issues of safeguarding, staff culture and staff training’, says the memorandum.

Yvette Cooper, chair of the House of Commons’ Home Affairs Committee responded: ‘For G4S to be making up to 20% gross profits on the Brook House contract at the same time as such awful abuse by staff against detainees was taking place is extremely troubling. Given that profits reduced when G4S had to increase staffing and training after the Panorama programme, this raises very serious questions about G4S’s running of the centre to make higher profits whilst not having proper staffing, training and safeguarding systems in place.’

Our print magazine is Proof. Contributors include Michael Mansfield QC, Bob Woffinden, David Rose, Eric Allison and Ian Cobain.
Buy Proof Magazine
The latest issue (Why legal aid matters) includes Helena Kennedy QC and Martha Spurrier in conversation, David Conn on the legacy of Hillsborough - plus how to build your own law centre.
Luis is an aspiring solicitor from Portugal who's been active in immigration and civil rights causes since his move to the UK

G4S pulls out of immigration sector

The need to hold 'high risk' G4S to account

Renewed calls for a time limit on immigration…