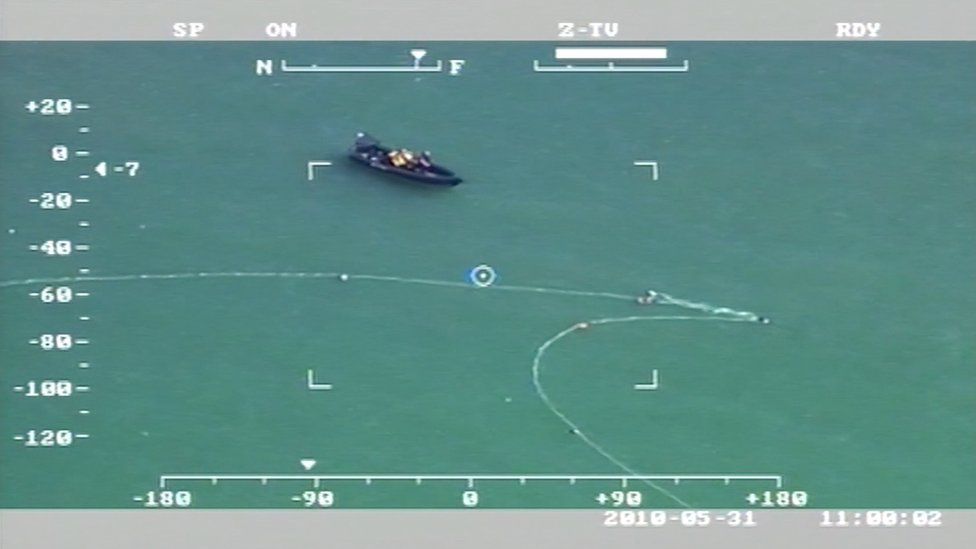 Appeal  judges were told it was ‘simply impossible’ for two fishermen, convicted of drug smuggling as part of the so called Freshwater Five, to have picked up cocaine from a drop off at  sea. This week the Court of Appeal consider the appeals of Jonathan Beere and fishermen Daniel Payne jailed in 2011 for allegedly smuggling suitcases of cocaine worth £53 million into the UK. The ‘Freshwater Five’ were sentenced to a total of 104 years but have always insisted that they are innocent. Beere and Payne were jailed for 24 and 18 years respectively (see here).

Emily Bolton, Director of APPEAL and solicitor for the ‘Freshwater Five’, said: ‘After years of wrongful imprisonment, the Freshwater Five deserve to finally be reunited with their families.’ The men’s legal team argues that newly disclosed radar data disproves the prosecution’s case made in Kingston Crown Court in 2011. BBC News yesterday reported that Joel Bennathan QC yesterday told the court that the new evidence, which emerged more than seven years after the trial, shows the fishing boat never crossed behind a container vessel in order to make the pick up as alleged by the prosecution.

The Guardian’s Today in Focus  has launched a podcast on the case (here).

The original trial
At the original trial, the prosecution argued that the ‘Freshwater Five’ used a fishing boat to collect cocaine in watertight bags from a Brazilian containership in the English channel, before depositing them in Freshwater Bay off the Isle of Wight.

What is not disputed is that four of the Freshwater Five were on a fishing boat called the Galwad-Y-Mor, which set off from the Isle of Wight on 29th May 2010. The boat belonged to one of the members, Jamie Green, the skipper, and was crewed by Daniel Payne, Scott Birtwistle, and Zoran Dresic. Payne and Birtwistle were regular crew. Dresic, however, was a foreign national from Montenegro who arrived in the UK on 27th May 2010. He had travelled from Brussels using a false passport in the name of Veljko Protic, and it was the Crown’s case that his role had been to travel on board of the Galwad in order to oversee the safe collection and delivery of the cocaine. Dresic has always maintained, however, that he was simply looking for work to support his family.

Jonathan Beere, meanwhile, was said to have acted in liaison between Green and the men organising the importation. He collected Dresic at the ferry terminal in Southsea and took him to the Isle of Wight to meet with Green. Green had purchased a “burner phone” from a shop on the island using a false name and had given it to Dresic. It was alleged that Dresic used the phone to contact Beere during the fishing trip to pass on messages about the smuggling operation. The defence argued in the trial, however, that Dresic used the phone to communicate that he was suffering from extreme sea-sickness and needed to be removed from the Galwad. Defence experts put forward that it is common for illegal migrants to use “burner phones” with false names in order to avoid deportation.

During the trial, the Crown alleged that the Galwad manoeuvered in the wake of the Brazillian container, the MSC Oriane, in order to collect the cocaine during the early hours of 30th May 2010. Following the alleged collection, the Galwad remained at sea until the afternoon, when it made its way to Freshwater Bay, to the north-west of the Isle of Wight, and remained in plain sight for several hours by the popular nature spot. ,

When the Galwad docked at Yarmouth later that evening, three of the four Galwad crew were arrested and the Galwad was searched, but no trace of the cocaine was found. The MSC Oriane, meanwhile, was searched on 4 June 2010. Police examined the bridge log of the Oriane and spoke to the crew, and no evidence was found to show that drugs had been on that vessel either.

On 31st May 2010, however, cocaine did appear: in 11 holdalls which were strung along a rope that had been found entangled with a bouy in Freshwater Bay by another local fishing boat. The prosecution argued that the holdalls matched the descriptions of Hampshire police officers DC Jean and DC Dunne, who had watched the Galwad’s progress in Freshwater Bay from a nearby cliff the day before. As the afternoon progressed, these officers radioed in an entry: ‘SU116 (the Galwad’s ID number) is moving westbound, six to seven items overboard at intervals’. (as reported in the Guardian). The trial judge, however, suggested to the jury that the fact that these observations had been radioed in, but that law enforcement had failed to react in any way at the time, was ‘extraordinary’.

These officers had their ability to give proper evidence questioned in another, unconnected appeal in 2015. Alexander McGuffie had his conviction quashed on the basis of the unreliability of their evidence, with the Court of Appeal noting that there was “sustainable basis for a court to conclude that a SOCA officer had taken steps to persuade those two local officers to give false observations that linked the fishing boat to the holdalls that were later discovered”.

The appeal
The Court of Appeal will spend this week looking at radar data from another ship – the HMCC Vigilant, a United Kingdom Border Agency cutter that was following and observing the Oriane at the time when the drugs were supposed to have been deposited. As the radar data should have been disclosed before trial but only came to light in November 2018 – ‘this will be the first time a court has had an opportunity to consider the new radar data,’ notes Emily Bolton, ‘and it undermines the prosecution case on several fronts.’

Bolton argues that the newly disclosed radar shows that the Galwad never got sufficiently close enough to the path travelled by the Oriane to permit the transfer of drugs. In fact, logs from the Vigilant show that at the time the Galwad was discounted as the drugs receiving vessel for that very reason. Interestingly, the evidence shows that in fact another small vessel travelled to Freshwaster bay after the Galwad had sailed back to Yarmouth. This was never discussed at trial.

‘Had the jury been told about this evidence it is highly unlikely these men, who have always protested their innocence, would have been convicted,’ says Bolton. Joel Bennathan QC and Annabel Timan, in their court submissions, meanwhile, described the failure to analyse or disclose the radar data as a “major failing”.