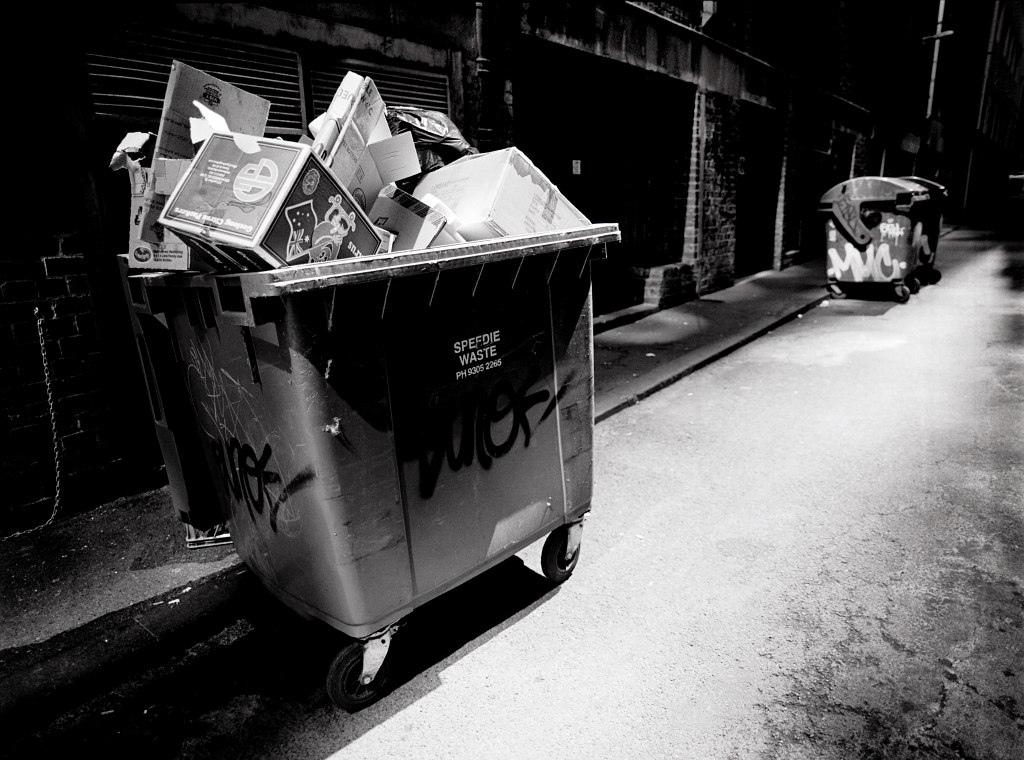 The practice of ‘freeganism’ – reclaiming and eating food that has been discarded – is often in the press (see ‘A licence to steal’ in the Daily Mail). It has been described as a philosophy, that of ‘ethical eating’ – a reaction to a wasteful society and a way of highlighting how supermarkets dump tons of food every year that is still edible.

But does this moral reaction produce criminal results?

Figures from the Government’s waste reduction advisory body, Waste and Resources Action Programme, show 89 million tons of food is discarded per year in the EU (15m in the UK). Clearly, food waste has important economic, environmental and social implications.

However, does this mean that the actions of those who unlawfully remove food from supermarket bins should be condoned by society? Theft is defined as ‘dishonestly appropriating property belonging to another with the intention of permanently depriving the other of it’. Deliberations turn on the phrase ‘belonging to another’, which is expanded as follows: ‘property shall be regarded as belonging to any person having possession or control of it, or having in it any proprietary right or interest.’

Under criminal law, supermarkets are still within ‘possession or control’ of the goods when they are placed into bins for disposal. The goods have been put there for a purpose, and that purpose is for them to be disposed by an appropriate refuse authority.

Therefore until the goods have been collected, in the manner to which the supermarket is expecting, the goods remain within their ‘possession or control’ and can be the subject of a theft. Only a true ‘abandonment’ of the goods will prevent them becoming subject to a theft, if they are taken by an unauthorised person/authority. True abandonment is rare, it does not include losing or forgetting. To abandon something is for the owner to give up control and be truly indifferent as to what becomes of it.

In 2011 a young woman in Essex was initially charged with theft after being found in possession of food, which had been given to her by a friend, who had ‘freeganised’ the food from supermarket bins. The food had been discarded following the failure of the shop’s freezers and, even though it had been thrown away, it did not automatically follow that the supermarket no longer owned it. If it can be proven that the goods have a rightful owner, then it would be illegal to take it, as it had not been truly abandoned. The contents of the bin still belonged to the supermarket. She pleaded guilty to handling stolen goods.

Last October, Police caught three men, after the men had climbed over a wall to gain entry to a supermarket’s premises. They were looking for ‘waste’ food. Initially the men were arrested for burglary, but were later charged under s4 of the Vagrancy Act 1824, an act designed for the punishment ‘of idle and disorderly persons, and rogues and vagabonds’. They were found in an area, for an unlawful purpose. Initially the Metropolitan Police and the Crown Prosecution Service stated: ‘We feel there is significant public interest in prosecuting these three individuals.’ However the decision was subsequently overruled, in part due to the intervention of the supermarket’s chief executive.

‘Freeganism’ has become such a problem for one major supermarket chain that they have had to place bins behind fencing and barbed wire, as an effective way of keeping the ‘freegans’ out. Many supermarkets do give their leftover food to charity, in efforts to cut waste. The British Retail Consortium says: ‘Cutting food waste was a top priority for all retailers, and from next year all major UK supermarkets will have to reveal the volume of food wasted in their stores every year’.

The difficulty of what happens to surplus food is clearly of significant importance, and recommendations have been put forward to the government that perhaps tax breaks could be offered to encourage supermarkets to donate edible unsold food, to food banks (which some supermarkets already do). However, if society condones the act of ‘freeganism’ by not prosecuting individuals for theft then, do we begin to flout our criminal law as it stands? Are we abusing our criminal justice system to satisfy a current moral dilemma?

Our print magazine is Proof. Contributors include Michael Mansfield QC, Bob Woffinden, David Rose, Eric Allison and Ian Cobain.
Buy Proof Magazine
The latest issue (Why legal aid matters) includes Helena Kennedy QC and Martha Spurrier in conversation, David Conn on the legacy of Hillsborough - plus how to build your own law centre.
Jacqui is a solicitor and chief examiner in criminal litigation for the Chartered Institute of Legal Executives

3 responses to “Freeganism – or theft?”

More prisoners to get work placements
The failure of UK prisons and the role of civil society
'Crisis management and firefighting': court workers…
Over a third of sentences considered by Court of…
Free school meals - and the right to food