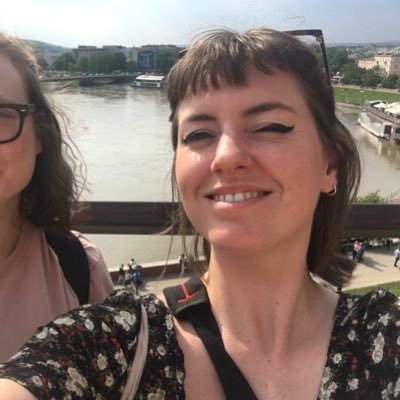 With each passing moment we are discovering new ways in which the COVID-19 pandemic has and will affect every facet of our day-to-day lives as well as the nuanced ways in which it is impacts upon specific divisions of the population.

The innumerable consequences to the functioning of our justice system have already been highlighted by those within the sector who are gravely concerned about the impact on court timetables and access to justice generally.

In a criminal context, the Lord Chief Justice announced on 17 March 2020, that no new trial should start in the Crown Court unless it is expected to last for three days or less. All cases estimated to last longer and listed to start before the end of April 2020 will be adjourned. Trials already underway are intended to continue, remotely where possible, however news arises every day of aborted matters, some of the most serious nature, due to COVID-19.

Little has been said in relation to those individuals who are at the other end of the spectrum; that have been convicted, served their custodial period and are awaiting consideration by the Parole Board for progression or release. Parole Board update dated 17 March 2020 stated that planned hearings should remain listed but cancellations are already occurring.

Inevitably, those individuals will experience aborted hearings, delays and confusion as the outbreak unfolds. What will be put in place to assist in mitigating the disadvantage to these individuals remains to be seen.

A recalled client of mine, with four months left of their sentence expiry date, had their oral hearing cancelled this week. At present, there is no mention of a new date or even a proposed timeframe of when the position will be reviewed. As those who work in prison law know, if, for whatever reason, a parole hearing is vacated, re-listing is no easy task. Massive strain on a prison’s ability to facilitate hearings, witness availability and shortfall of Parole Board members means it can take months for a new date to be confirmed.

In addition, the Parole Board operational policy on determinate sentence prisoners nearing their sentence expiry date/ non-parole date is that, where an oral hearing looks likely to be listed within 12 weeks of that date, an oral hearing will not be appropriate save in exceptional circumstances. Whilst this is obviously an exceptional circumstance, it is doubtful that another date will now be identified.

In circumstances where a delay has been caused to an individual’s parole by virtue of administrative failure, damages can be sought under Article 5(4) ECHR (usually only in the case of indeterminate sentence prisoners). This is unlikely to be an option in the present circumstances; where the COVID-19 outbreak represents, colloquially, a force majeure. In my client’s case, he is ineligible for compensation by virtue of his status as a determinate sentence prisoner.

The question is, what can be done to mitigate the situation in which many prisoners now undoubtedly find themselves. Their hearing has been cancelled and they have no indication whether they will receive another hearing in good time or before their sentence expiry date and, by virtue of their sentence type and the fact of the COVID-19 outbreak representing an unprecedented disruption to the parole process, they are unable to claim compensation.

The cancellation of hearings causes more than just disappointment and inconvenience. Delayed hearings can mean that release accommodation and rehabilitation opportunities are lost. An individual’s custodial behavior, physical and mental wellbeing can deteriorate. This can have a substantial impact on the prospects of progression when the case is eventually before the board.

The situation is certainly complicated by the varying type of sentences in the UK, which attract different release mechanisms. However, a potential way to alleviate the strain in the current environment is to extend and adapt the process of executive release.

In brief, this is a mechanism by which the Secretary of State (normally by delegated authority to the Public Protection Casework Section) considers a prisoner’s case on the papers, outside of and parallel to the parole process, to determine whether there are sufficient grounds upon which to release. It is most frequently used in cases of determinate sentence and extended determinate sentence recalls where all probation witnesses are recommending release. However, it is not currently used for indeterminate sentence prisoners, which includes the controversial and abolished IPP sentence (though paper review by the Parole Board is now available for IPP recalls).

The mechanism of executive release is vague and controversial and many feel it should not be deployed routinely. However, if the rights of those whose hearings have been cancelled are not subject to exceptional consideration, many will see additional months in unnecessary detention without remedy. Finally, the cancellation of the most immediate hearings may engender efforts to prioritise those cases ahead of those in the list for the coming months, meaning that prisoners whose hearings are listed outside of the immediate disruption may not escape the effects. In all the circumstances, a statement should be made by the Government on their intentions for those prisoners currently within their custody, determinate and indeterminate alike.

Alex is a solicitor at Kesar & Co specialising in criminal defence, prison law and human rights

Our print magazine is Proof. Contributors include Michael Mansfield QC, Bob Woffinden, David Rose, Eric Allison and Ian Cobain.
Buy Proof Magazine
The latest issue (Why legal aid matters) includes Helena Kennedy QC and Martha Spurrier in conversation, David Conn on the legacy of Hillsborough - plus how to build your own law centre.
Alex is a solicitor at Kesar & Co specialising in criminal defence, prison law and human rights

More than 100 prisoners have died of COVID-19
Campaigners call for end to Covid prosecutions after it was…
Children locked in cells 23 hours a day during covid-19…
Covid-19 update: More than a thousand prisoners share cells…
‘Virtually no opportunity’ for prisoners to qualify for…