What every worker needs to know about Health and Safety

What every worker needs to know about Health and Safety 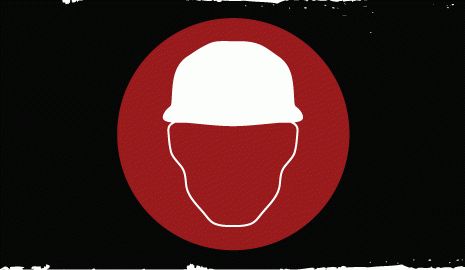 We recently secured over a million pounds for one of our clients. That sounds a huge amount until you reflect on what happened. It was a normal day at work when our client, heading to pop the kettle on, was struck by a five foot scaffolding on his head.

He is left with permanent brain damage and right-sided hemi-paresis, injury to the left side of the brain. He is unable to wash himself, dress himself or even use the bathroom in the middle of the night unassisted.

The employers attempted to hold our client partly liable for his injuries, because he ‘had failed to cross the site using a route away from the scaffolds’. The employers had failed to designate a safe route and were found to be negligent. But even if they had – how many of us could vow that they would actually know the correct route?

For the average worker, the phrase ‘Health & Safety in the workplace’ is one that might make you yawn. It’s that session you have to sit through at the start of each new job, the forms you have to fill in on the first day, and the alarm bell which means you have to file out into the car park or on the muddy grass for what feels like no reason at all.

The majority of us would spare little thought to the placement of a fire extinguisher or the proper emergency routes in case of a fire.

Employers on the other hand simply cannot afford to dismiss H&S in the same way. As our client’s case suggests, some British companies still do not take health and safety standards seriously and have a lazy approach to the health and welfare of their employees – potentially exposing some employees to serious injuries from which they may never recover.

I recently read about the Doncaster worker awarded ‘a six figure payout’, as the article headline put it. Well deserved, I’d say as the picture showed the 63 year old man holding up his hands, with four stumps on one. His left hand had been dragged into the industrial saw – all fingers and thumb sawn off in a matter of seconds.

The employee should have been given a little more than the thin rubber gloves that provided no protection against the unguarded blade.

Again back in July, another incident. The Liverpool Echo reported how two maintenance workers tragically died while working on a conveyor belt at the Sonae plant in Kirkby, Merseyside. The belt was somehow triggered into motion while both men operated on it, causing each to be dragged into the machine.

The belt should have been isolated from its power supply.

At the inquest, the jury heard how Sonae’s supervisor had explained where to find the belt’s isolation points but had failed to physically show them to the workers. It was also revealed that the ‘local isolation of the conveyor was neither confirmed nor checked throughout the day up to the time of death’.

Now no amount of compensation will be able to bring these workers back.

We’re not here to judge the supervisors, these organisations, or their health and safety standards on a whole, but as standalone cases, they demonstrate just how cutting workplace H&S corners can lead to severe consequences.

The final case also goes to show that regular demonstrations were clearly required to ensure that all employees knew where the isolation points were. Such demonstrations may have prevented the death of the employees.

The international picture
But is this lazy approach towards H&S exclusive to Britain? No.

In 2009 the UK recorded the second-lowest rate of fatal workplace injuries in Europe; with 133 on file. Compared to France, which logged a total of 492 and has a similar-sized population and economy, this figure is notably low.

Whilst this gives us a sense of the bigger picture it also confirms that we work in a relatively ‘safe’ country, however the recent changes in the law may muddy the water.

New laws
In all the cases I’ve just mentioned, the employers had breached one of the health and safety regulations. However the law changed on 1st October 2013, and a breach of the regulations does not now give an injured employee an automatic right to make a claim in the civil courts for compensation.

In the majority of cases now the injured employee will have to prove that their employer had been negligent and this negligence was the cause of the accident.

This change in law has meant that some cases that would have been successful before 1st October 2013, would struggle to succeed now based purely on health and safety regulations. To try and explain this in more detail, take a hypothetical case of Mr X.

Part of his job involves riding a bicycle which is provided by his employers.  Mr X has an accident when the brake cable on his bike fails and he is thrown from his bike sustaining a nasty injury.

His employers Y & Co may not be found to be negligent as they have exercised reasonable care by implementing a programme of inspection and maintenance. However they will be found to be in breach of their duty under the health and safety regulations to maintain the bicycle in an efficient state and in good working order. Mr X will succeed in his claim against the employers and will recover damages.

The percentage of workplace accident victims being adequately compensated is already low. In an eye-opening piece from Hazards Magazine, it was revealed just one in seven workplace accident/illness claimants received compensation as a result of an accident at work in 2011-12.

Protecting Ourselves
As employees our dismissive attitude towards seemingly irrelevant and boring H&S videos and procedures needs to stop. Yes, it is the duty of the employer to maintain a safe environment on our behalf, but we have to take some responsibility too.

Susanne is a solicitor with over 14 years’ experience in personal injury law. For the last seven years Susanne has predominantly worked in the areas of public and employers liability law

Our print magazine is Proof. Contributors include Michael Mansfield QC, Bob Woffinden, David Rose, Eric Allison and Ian Cobain.
Buy Proof Magazine
The latest issue (Why legal aid matters) includes Helena Kennedy QC and Martha Spurrier in conversation, David Conn on the legacy of Hillsborough - plus how to build your own law centre.
Susanne is a solicitor with over 14 years’ experience in personal injury law. For the last seven years Susanne has predominantly worked in the areas of public and employers liability law

Woman prisoner with brain injury held in solitary…
Support for neurodivergent people 'patchy' and…
Martyn Day: 'History will treat our army and politicians in…
Parliamentary Inquiry into women in prison launched as…
Change in bail to prevent suspects being left indefinitely…