INTERVIEW: Associate director of Hacked Off and former Liberal Democrat MP for Oxford West and Abingdon, Dr Evan Harris, talks about the organisation’s latest campaigns for a free and accountable press, touching on issues surrounding press regulators, the Human Rights Act – as well as how newspapers ‘hold the megaphone’.

Speaking to www.thejusticegap.com Harris described the history of press regulation in this country as ‘a history of cycles of failure’ where the press say that they’re going to self-regulate themselves effectively and don’t. He described the hacking scandal as ‘wholly, not only not prevented, but not detected’ and mentioned how the Press Complaints Commission also ‘shot the messenger’.

Harris explained how the press ‘can’t be trusted with a promise to say don’t worry we’ll self-regulate again under a different title’, suggesting that this time any self-regulator they set up has to be ‘audited like an Ofsted’ and ‘audited independently to check that it’s independent of the industry’.

On the subject of the recent launch of the Independent Press Standards Organisation, Harris said:

‘Now, what they’ve done with the IPSO – which is replacing the PCC – is just paint a new name on a building that the PCC was in, change a few things but not deliver any of the things that the Lord Justice Leveson said was essential to deliver fairness, effectiveness and independence.’

Harris explained that unless there was an ‘external audit by the Royal Charter body’, both ‘independent’ of the industry and of politicians, ‘the public cannot have faith that IPSO isn’t just the PCC with lipstick.’ 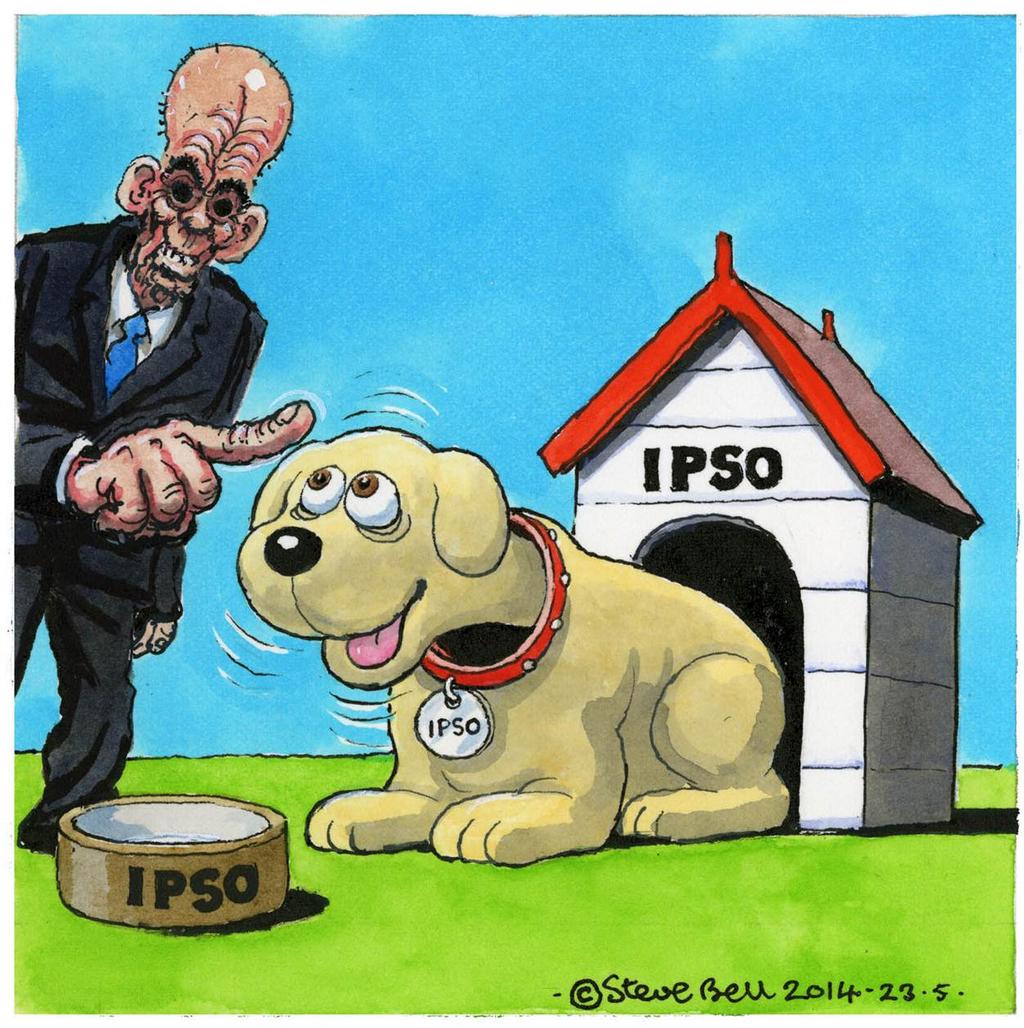 Dr Evan Harris described how Hacked Off deals with ‘a number of different victims’. He explained how ‘most people can’t afford to go to law and therefore rely either on a low cost arbitration, which the Leveson Enquiry said was essential to provide justice for individual citizens, the small guy against these big corporations like News Corporation, and associated newspapers that run the Mail’. Adding: ‘they need to ensure that there’s a remedy for things that aren’t necessarily civil wrongs but when the newspapers get something wrong and misinterpret you – ordinary people shouldn’t have to just put up with that – there should be some remedy.’

Recently, Hacked Off ran Juliet Shaw’s blog that featured on www.thejusticegap.com. Speaking on the subject, Harris said that the PCC was ‘certainly no help’ to Juliet Shaw who was ‘very badly treated’ by the Daily Mail – who had lawyers that were ‘able to run rings round her and give her what was not adequate remedy in the end.’

‘What we’re arguing is that there needs to be an effective regulator that is audited as effective so that we don’t have to take Rupert Murdoch’s word for it – which is what IPSO is asking us to do – that can ensure that people, if they are badly treated, have an effective remedy and where newspapers learn what is acceptable and what isn’t acceptable because there’s a consequence to breaking the rules.’

Harris said how, at the moment, newspapers break the rules ‘nothing happens or something small happens’ and they just do it again. He explained how it ‘wouldn’t be acceptable in any other industry’ and that if it was the other way around the press would be the first to say it’s ‘utterly unacceptable.’

Harris identified the Human Rights Act as an ‘extremely important piece of legislation’ to ‘protect the weak against the strong.’ He said:

‘It’s highly hypocritical of newspapers in particular to attack the Human Rights Act while at the same time claiming their own rights or seeking to claim rights under it – they need to choose one or the other and I think it’s wrong for political parties to pander to this.’

Dr Evan Harris explains how ‘the last thing we would want as a country’ is to ‘withdraw in some way from the European Convention of Human Rights.’ Adding: ‘I think would be a disaster for our international standing.’

‘What example does that set people who we would want to show the way to in Human Rights terms, the Convention was something drafted by British lawyers after the Second World War to try and prevent a repeat of some of the things including the scapegoating of foreigners that we now see happening all over again in Europe and it’s critical that we remain part of the Convention and that the Human Rights Act remains embedded in our law.’

Back in June, Private Eye editor, Ian Hislop quit Index on Censorship over Steve Coogan’s appointment as a patron for the group. Hislop’s deputy editor, Francis Wheen, also resigned in protest due to the fact that Coogan is a prominent member of Hacked Off – of which Wheen and Hislop are said to perceive as anti-freedom of the Press. Regarding such journalists who see Hacked Off as an enemy of the free Press, Harris said:

‘You cannot be in favour of free speech if it just means free speech for your proprietor at the expense of someone else’s rights and it’s wholly hypocritical for people like newspaper editors to accuse people who just want a remedy for the innocent people who are affected and indeed support public interest journalism to say that we’re somehow hostile to free speech.’

‘We’re supported by investigative journalists like Nick Davis and John Pilger, many of the patrons of Index on Censorship and the organisation Article 19 support the sorts of things that we’re calling for and a huge number of authors and writers have signed the declaration backing the Leveson Royal Charter so it’s just an empty allegation to suggest that anyone who wants to have effective, accountable press regulation is against free speech – it’s not only simplistic, it’s wrong.’

Are Hacked Off just a front for celebs? Harris said how Steve Coogan ‘never sought publicity’, ‘never claimed to be a moral exemplar to the public’ so he’s entitled to keep his private life private. He explained how most of Hacked Off’s work and the purpose of the Leveson recommendation is ‘to protect ordinary people’, people like Christopher Jeffries and the Dowler family.

‘They’re voiceless if it isn’t for organisations like ourselves to put their case because the newspapers hold the megaphone and they just scream their propaganda all the time and that had no effect on the judge – rightly so – even parliament, unusually, was prepared to stand up to the press and we’re continuing to fight to ensure that that remains the case.’

Michael Weir: ‘the first convicted man to be…
Reporting of fatal domestic violence 'seriously…
'I'm proud of the Church’s commitment to the…
Martyn Day: 'History will treat our army and…
Court reporters ‘typically have the press bench to…