ADVICE GUIDE: Your right not to be discriminated against at work. In the third of our JusticeGap series (here), I’m going to cover the law relating to workplace discrimination in the United Kingdom, writes Chris Hadrill.

Discrimination in the workplace comes in all shapes and sizes – these are just a selection of recent media articles that relate to alleged incidents of unlawful discrimination that have occurred:

2. What is discrimination?
Discrimination occurs when you are subjected to a detriment of a particular type because you possess one of the nine protected characteristics listed under the Equality Act 2010. To analyse this statement further we’ll next take a look at the following:

3. How do you know if you’ve been discriminated against?
(i) Direct discrimination
Direct discrimination occurs when you are treated less favourably than other persons at work because of your protected characteristic. ‘Less favourable treatment’ means being subjected to a detriment that other comparable persons have not been subjected to – with this differential treatment being because of your protected characteristic (such as your race or your age etc.). A ‘detriment’ is anything which is more than minor or trivial and can cover a broad range of circumstances – for example disciplinaries, demotions, even a failure to deal with a grievance properly.

Example of direct discrimination: We’re going to look at the hypothetical case of ‘Mrs W’ when considering examples of when direct discrimination may potentially occur. Mrs W is 59 years old. She wants to apply for a promotion but is told by her line manager (‘Bob’) that she should rethink applying for this promotion as Bob thinks that ‘her marbles have gone’ and ‘her age means she wouldn’t be able to cope with it’. The promotion is then offered to a 25 year-old (‘Ben’).

This is potentially a case of age discrimination. Mrs W has been subjected to a detriment (the refusal to consider her for promotion) because of her age. The comparable worker in her case would be Ben, the younger person that was offered the job.

How to identify when workplace discrimination has potentially occurred
Consider the following things:

Indirect discrimination is more subtle than cases of direct discrimination – it normally occurs because the bigwigs at your job have thought of a rule that they want to introduce into the workplace (i.e. nobody’s allowed to take any form of leave in October because it’s a busy time of year for the business) but they haven’t really thought about whether this rule is fair to all of their employees.

Example of indirect discrimination: Using the above-mentioned example (the rule that no workers can take annual leave in the month of October because it’s a busy time of year) let’s consider the example of Mr X. Mr X is Muslim and wants to go to take the pilgrimage to Mecca. It so happens that the dates for the pilgrimage this year fall in October and Mr X applies to take annual leave for the necessary dates. However, because of the imposed rule his request is turned down and he’s disciplined after complaining about the rejection of his application for annual leave.

This incident potentially satisfies the criteria for a claim of indirect discrimination as:

Whether the employer could justify the PCP is a matter which is too complex to debate here. However, as above, this could potentially be a case of indirect discrimination.

How to identify when workplace discrimination has potentially occurred

4. What should you do if you think you’ve been discriminated against?
You should:

The first thing to do is to try and think about what’s happened to you objectively. If it’s a case of direct discrimination, do you really believe that you’re being treated differently from other employees because of, for example, your age or is there another potential reason for the differential treatment (such as you and your line manager just dislike each other and that’s why you’ve been passed over for promotion)? Does your employer treat everyone else equally badly? Sit down with a friend that you trust (and that you also believe can be impartial) and discuss your issue – what do they think about it?

If, after having discussed the issue with a friend, you’re still convinced that you’ve been discriminated against then it’s a good idea to submit a formal written grievance to your employer regarding the way you’ve been treated (a grievance letter template can be downloaded here). Try and resolve your matter internally before you think about litigation – you may be able to sort out the problem through a fairly and competently conducted grievance process.

If the grievance isn’t resolved to your satisfaction you should appeal (you can download a grievance appeal letter example here) and, further, seek advice from an employment law expert. A lot of employment lawyers offer free consultations on employment law claims and will advise you of the basis and strength of your claim. You may even be able to obtain no win no fee funding for your claim if the lawyer thinks it is strong enough.

If your grievance appeal isn’t resolved satisfactorily and you’ve been told that you have a potentially strong claim then consider your options. Do you still want to make a claim for discrimination in the Employment Tribunal? If so, do you want to do this yourself or do you want to instruct a solicitor? How long do you have to submit your claim (there’s a three month less one day time limit from the date of the discrimination to submit your claim for discrimination)? If you do still wish to press ahead with your claim then make sure it’s submitted within the relevant limitation dates. 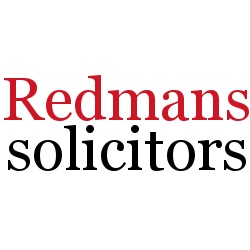